The current plenum could be an important milestone for China. 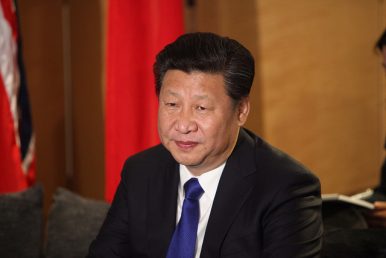 The sixth plenary session of the 18th Congress of the Central Committee of the Communist Party of China is now underway in Beijing. This plenary session is important since it will accelerate the process for the preparation of the 19th party congress in 2017 when five of the seven members of the Politburo Standing Committee, except for President Xi Jiping and Premier Li Keqiang, must step down having reached the mandatory retirement age of 68.

The sixth plenum is thus important since it may provide some idea as to what may happen during the next 12 months, and which five persons may become the new members of the Politburo Standing Committee. The 19th Party Congress in 2017 may indicate how China could develop during the second half of Xi’s presidency. Thus, the current plenum should throw some light on the directions of progress, politics and development during the next five years.

During the current plenum, the Politburo is expected to submit to the Central Committee a work report, analysis of key issues in terms of comprehensive and proper management of the Party, new norms for intra-party political life under the current situation and revised regulations for intra-Party supervision.

In the fewer than four years since Xi Jinping became president, China has made commendable progress that has now firmly established the country as a global power, and Xi has been acknowledged as a world leader. This was evident during the G20 Summit in Hangzhou in September. His One Belt, One Road development strategy has already received considerable global interest and attention. The Asian Infrastructure Investment Bank has been established in record time and at a much higher level than its most ardent supporters had expected. This was achieved in spite of the fact that both the United States and Japan strongly objected to its creation due to political reasons. Under Xi’s leadership, China has ratified the Paris Agreement on Climate Change. This will reduce the country’s carbon emission per unit of GDP by 60-65 percent between 2005 and 2030, a Herculean task under the best of the circumstances.

While China has made remarkable social, economic and political progress over the past three decades, it has also been facing economic headwinds in recent years. The heady economic growth rates of yesteryears have moderated. A big challenge now is how to re-energize and reinvigorate the world’s second-largest economy so that it does not fall into the dreaded middle income trap.

After decades of high economic growth, corruption has increased. President Xi has made fighting corruption a central pillar of improving governance practices in the country. His anti-corruption campaign has picked up steam, ensnaring officials at all levels, from “tigers to flies.” For the first time, very high-level party leaders like Zhou Yongkang, Bo Xilai, Xu Caihou, Ling Jhan and Su Rong were convicted of corruption. In addition, tens of thousands of middle and low level corrupt officials have been caught. Their prosecutions do not make national or international news but Chinese and visitors to China have long realized that corruption is no longer tolerated. The anti-corruption initiative has made Xi enormously popular at home and his leadership is much appreciated abroad.

This year’s plenum is likely to approve rules of good governance that must be followed by important Party institutions, and all cadres, including powerful members of the Central Committee and Politburo. The roles of political conduct within the Party were drawn up during the era of Deng Xiaoping. Rules for the internal supervision of the Party were approved in 2003.

China in 2016 is a very different country. For internal and external reasons, it will change even more during the next decade. It needs new rules of governance that need to be strictly implemented in a transparent manner. These new norms are likely to emerge from this plenum.

The Soviet Communist Party exploded after 74 years of rule. The CPC has been in power for 67 years. Xi and the Party need to think for the long term. The president will probably put the Chinese dream of national rejuvenation at the top of his political agenda so that by 2049, the 100th anniversary of the Party, China can be a reasonably prosperous country. This can be achieved if the next plenum approves the new norms of good governance that would guide political life under changing conditions and will cover all government institutions and officials at every level.

Xi has another six years to implement his ideas. If the next president continues this anti-corruption crusade energetically, and continues to improve the standard of living and quality of life of the people, there is no reason why the People’s Republic cannot be a prosperous country by 2049, the year of its centenary.