Why India’s secondary cities are the future 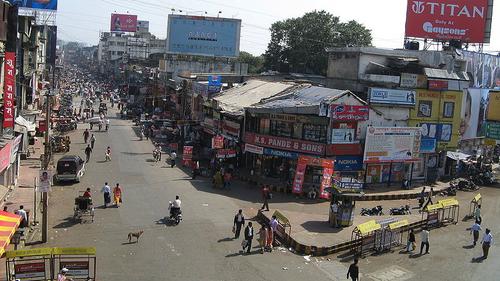 The Indian city of Nagpur is familiar with being at the center of things: Its statue of four horses, known as the Zero Mile Stone, marks the center of India.

But more recently, Nagpur has become the geographic center of a global east-west air route network, thanks to the city’s new “milestone,” the Multi-Model International Passenger and Cargo Hub Airport at Nagpur (or, MIHAN) -a cargo facility and economic zone, once described as the country’s largest development project.

As India’s largest cities grapple with congestion, overcrowding, and ballooning property values, secondary cities like Nagpur are poised to capture a greater share of the country’s growth. India has 40 cities with between 1 million and 5 million residents, and population growth in these secondary cities is expected to outpace that of primary cities in the coming decades.

Nevertheless, secondary cities have the advantage of learning from primary cities in how — and how not — to confront these challenges. If planned and managed properly, secondary cities can serve as models for sustainable development.

The ambitions of secondary cities have driven outward-looking economic growth strategies targeting international investment. In pursuing competitiveness (Nagpur ranks No. 11 in India according to the Institute for Competitiveness) these cities invest heavily in commercial and industrial infrastructure.

However, for cities like Nagpur to grow sustainably for the next several decades, they will need to make investments in “smart” infrastructure that maximize long-term functionality (e.g., transit, housing, and environmental protection) instead of “splashy” infrastructure that maximize short-term visibility (e.g., “white elephant” projects like grandiose shopping malls and uninhabited “new towns”).

Speculative urban property development, especially massive one-off infrastructure projects, is an increasingly common tool for ambitious secondary cities. But these projects often fail, if they are constructed at all. For example, Nagpur’s MIHAN is incomplete after more than a decade of planning, due to legal challenges, delayed land acquisition, and lost investor confidence.

Secondary cities must also overcome the problems that plague India’s economy. India’s business indicators were highlighted in the World Bank’s 2013 Doing Business Report. The country ranks near the bottom among 183 countries in contract enforcement, construction permit facilitation, and starting a business. India’s ease of doing business is ranked 132.

Nevertheless, Nagpur is by some measures outperforming its rivals. Property values have risen in 2013, reflecting a steady demand for housing amidst a lingering global economic downturn. In contrast, values have declined in Mumbai, Delhi, and Chennai over the same period.

The competitive landscape among secondary cities is getting crowded. In 2010 wealthy residents of the city of Aurangabad made a bulk purchase of 150 Mercedes-Benzes, heralding the growing economic ambition shared by private capitalists and government officials alike. Pune, an automobile industry hub and host for many European companies, is scheduled to open a comprehensive international convention center in 2017, competing with facilities of similar size in larger cities.

Secondary cities must leverage their competitive advantage and proximity to regional markets, and build on their uniqueness. But still, a certain amount of inherent coordination among India’s secondary cities — whether facilitated at the central level or achieved through city-to-city interaction — is necessary to ensure a nationally balanced economic portfolio that capitalizes on local strengths.

While Nagpur’s Zero Mile Stone and geographic significance may not be relevant anymore, the city and others like it are squarely at a new center of urbanization, as well as globalization. Secondary cities with economic ambitions, tempered by a consideration for sustainability and equity, stand to gain the most and can re-chart a national development path that’s been bumpy since the 1950s.