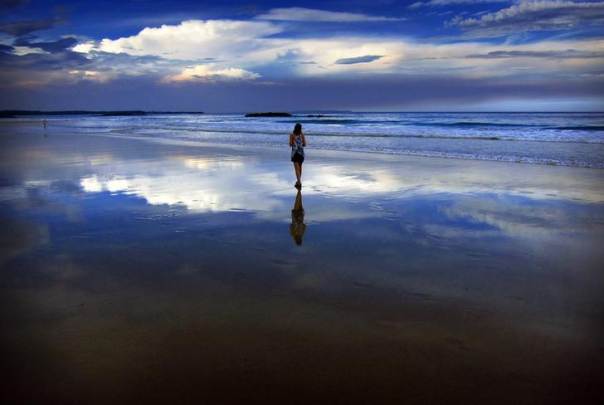 Back in 1995, Ismail Serageldin, then World Bank vice president, warned that: “Many of the wars this century were about oil but those of the next century will be over water.”

It’s been a common refrain ever since with experts predicting that rapid urbanisation and population growth coupled with the impact of climate change would increase demand for water and the likelihood of countries fighting over the precious commodity.

But which nations have gone to war over water in the nearly 20 years since the World Bank raised the alarm, or indeed, the past century?

For nearly five decades, Indian-born Biswas, who has advised numerous governments, U.N. agencies and multinationals on water issues, has been challenging the conventional wisdom that water wars are imminent.

“No two countries have ever gone to war directly over water,” he told me in a recent telephone interview from Singapore.

“It’s highly unlikely that countries will go to war over water during the rest of the 21st century. And if it does happen, water will be the secondary or tertiary cause not the primary cause,” he said.

Biswas argues the world has enough water to support its rising population and in turn, our growing demand for food and energy.

But water is wasted. The water crisis today is about water management and not water scarcity.

“It is not the lack or absence of water that is the problem but how you manage it. Water management practices in most of the world’s countries have been historically poor and continue to be poor. Water is being used very inefficiently,” Biswas said. “It depends more on how you manage the water you have than how much freshwater per capita you have.”

Water conflicts are often a reflection of longstanding political tensions between countries and are used as a pawn in disputes between nations.

“Water … isn’t the direct cause of conflict,” Biswas said. “The short-term benefit for politicians is to blame others and other countries for their water problems and play to their national galleries.”

One reason why the idea of water wars has become a popular belief stems from our “emotional attachment to water”, which distorts the way we think about water, Biswas said.

From the Ganges river flowing through India and Bangladesh, to the Jordan river in the Middle East, water is regarded as a sacred resource like no other.

“Human beings’ relationship to water is very different to any other natural resource. Water has a very important place in all religions, including Islam, Hinduism and Christianity,” he said.

Because people often have an “irrational and emotional response”, they often forget that water is a renewable resource.

“Water can be re-used and re-used. It’s not like oil or coal. With good management of water there are no limits to its re-use,” Biswas said.

Biswas sees water as a source of cooperation between nations rather than conflict.

Over 90 percent of the world’s population lives in countries that share river and lake basins and 148 countries share at least one transboundary river basin, according to UN Water.

This means countries have had to share and manage their joint water resources. Nearly 450 agreements on international waters were signed between 1820 and 2007, the United Nations says.

For Biswas, a shining example of water cooperation is India’s relationship with its small, landlocked neighbour, Bhutan.

Thirty years ago, when most of Bhutan was in darkness and cut off from the world, the country asked for India’s help to develop its huge hydropower potential by building dams and plants, Biswas explained.

It was a win-win situation for both countries. Bhutan sold India electricity, propelling its economic and social development, while India got the energy it needed.

“The case of India and Bhutan shows that with political will it is possible for two countries to collaborate on water resources that are mutually beneficial,” Biswas said.

Another often cited case of two countries cooperating over water is Bolivia and Peru, whose borders share Lake Titicaca, the largest freshwater lake in South America.

In 1996, Bolivia and Peru created a joint entity to manage, use and conserve the lake, and in turn avert conflict over their shared water resource, experts say.

There’s also the Indus Water Treaty, signed between Pakistan and India in 1960. The treaty divides up control between India and Pakistan of several rivers draining into the Indus river basin. It has survived two wars between the countries and is still in force today, the United Nations notes.

In addition, the Mekong River Commission, set up in 1995 and run by Cambodia, Laos, Thailand, and Vietnam, tackles flood prevention and management, water use in agriculture, hydropower, fishing and irrigation, along one of the world’s longest rivers flowing through six countries.

In the water-scarce Middle East, countries have addressed water shortages by setting up the Arab Water Ministerial Council in 2008 and the Arab Water Council to improve management.

“There is water cooperation but the media prefers to jump on the concept of water conflicts,” Biswas said.