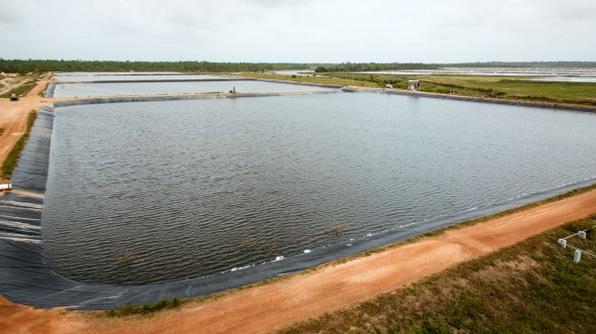 Lord Byron wrote prophetically in Don Juan that “Till taught by pain, men really know not what good water’s worth.” Nearly 200 years after Lord Byron, we still have not learned how to value water. Poor water management and governance have been endemic in nearly all countries of the world for decades. Consequently, the world is facing a collective water crisis, while individual crises already exist in many places.

The slow and incremental improvements in water management practices that have been the norm in the past can no longer prevent or solve the water problems of the world. Companies like Coca-Cola, Nestlé, SAB Miller and Unilever have recognized this fact and have long informed their investors that water is a limited natural resource in many parts of the world and its availability is a key challenge facing their businesses. Thus, many major multinational companies are actively working to improve water availability, quality and sustainability, for both continuing their operations and for the benefit of the communities where they operate.

We need a different mindset to view the current and future water-related problems, and then collectively formulate and implement business unusual and out-of-the-box solutions.

When viewed in this broader context, many of the paradigms, practices and processes that are currently being used for water management must change. In a world facing resource constraints and conflicts of many forms (land use, food, energy, minerals, and environment) we must tackle such multi-variant problems (across the food, water, energy nexus) with multi-variant science, policies and actions.

In addition, all current and emerging signs indicate that the world will dramatically transform over the next three to four decades. Population growth in developing countries and shifting population structure everywhere, urbanization, migration within and between countries, globalization, free trade, and rapid middle class growth in the developing world, are key drivers. These changes will result in different dietary habits and consumption patterns, rapid industrialization in developing countries, rapid advances in science and technology, and an information and communication revolution. Collectively, these changes will have profound direct or indirect effects on water use and consumption patterns, as well on energy and land use which will further affect water.

Many of the changes will occur because of development in non-water sectors like food, energy, environment, industrialization and globalization on which the water profession and institutions can have only limited control or say. This will make water management increasingly more and more complex in the coming years.

Signs of these developments are already evident in many parts of the world. For example, in many Asian countries like India, China or Pakistan, groundwater levels are declining at an alarming rate due to over-abstraction.

Take India. Encouraged by many major donors during the 1970s to provide irrigation water free to farmers to increase food production, India made electricity free to farmers for pumping water. During the 1970s, farmers were using primarily shallow tube-wells for pumping water. Subsidies for electricity were manageable during the early years and this policy indeed produced significant increases in food production in states like Punjab, Haryana, Rajasthan, Gujarat and Maharashtra.

However, once farmers had installed their pumps, electricity was available without cost to them, whether they pumped 10 or 10,000 litres. With the mistaken belief that more water will produce more food, farmers started profligately pumping water. Consequently, this wasteful use resulted in declining groundwater levels at an initially slow and then rapidly growing pace.

It is estimated that India now has more than 23 million water pumps. With over-extraction, tube-wells have to be sunk deeper and deeper. Studies made by the Third World Centre for Water Management indicate that in many parts of India, electricity requirements for pumping have doubled, and, in some cases even tripled, during the past decade alone. This is primarily due to farmers moving from shallow tube-wells (10 to 15 metres) to deep tube-wells (200 to 400 metres). In addition, because of declining groundwater levels, they have had to increase the horsepower of the pumps three to four times to access the water.

Under these conditions, the water ministries of the various states can do very little to make groundwater irrigation sustainable. The real decision has moved to the energy sector, which is also suffering because of the ever-increasing subsidies which they have to internalize. This has produced a “lose-lose” situation for both water and energy sectors, as well as to the country. Unless the energy sector can devise policies to stem the over-pumping, state water departments will remain helpless to manage groundwater.

In the future, more and more decision-making power will move to other non-water sectors. The water sector will have to react to such developments in other sectors with which it has close linkages but very limited control.

It will be a very difficult task to coordinate all these sectoral policies properly, especially as they have been managed sectorally over the last few centuries.

Solutions to the world’s water problems are already available. We know what the means are to solve them. We have the technology, knowledge and experience to solve them. We also have investment funds needed for implementing the solutions, but often these are not being used properly. What is missing mostly are determined political will, sustained pressure from an informed public that water problems must be solved, and a new “can do” mindset of water professionals and institutions to solve them.

Dr. Asit K. Biswas is the co-founder of the Third World Centre for Water Management in Mexico, and currently is the distinguished visiting professor at the Lee Kuan Yew School for Public Policy at National University of Singapore, University of Wuhan, China, and Indian Institute of Technology, Bhubaneswar, India.

Ahmet Bozer is the Executive Vice-President and President of Coca-Cola International, Atlanta.