Tackling haze: Learn from the Swedes

Governments need to be savvier in getting evidence of how the haze harms their countries, and work with activist groups to press neighbours to act. 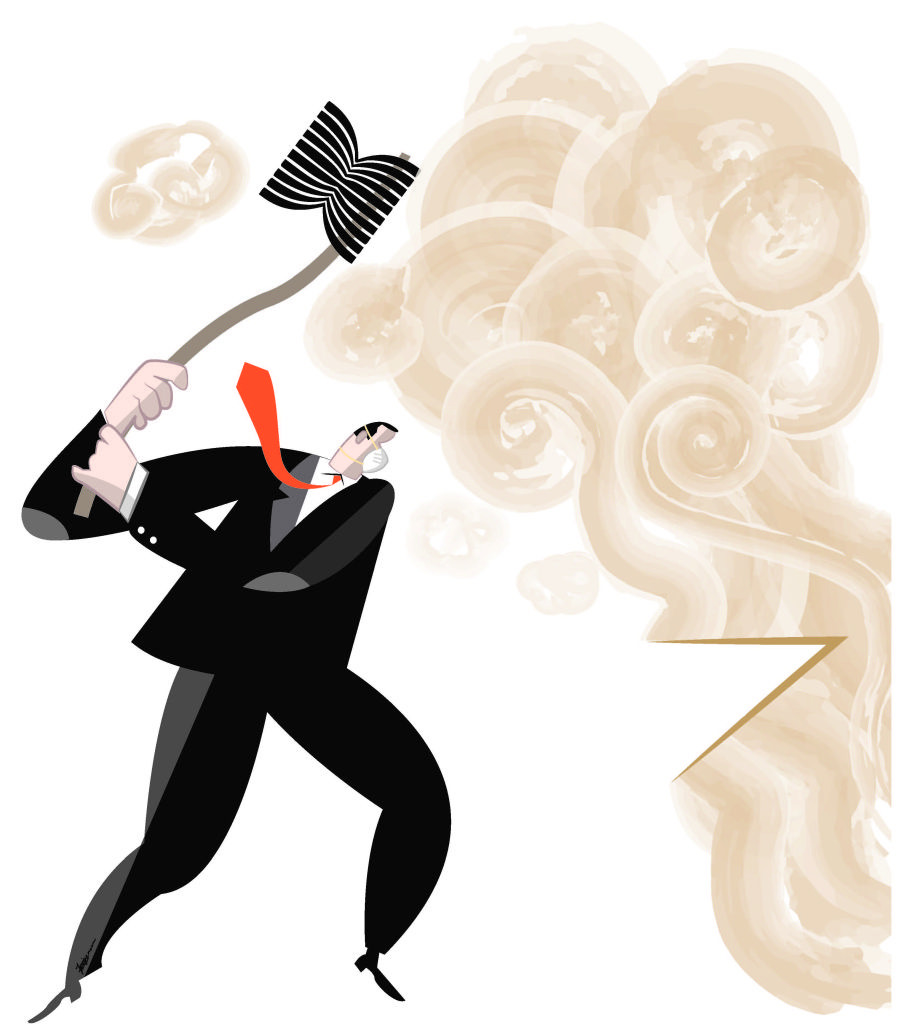 The issue of transboundary air pollution is back in the spotlight with the return of hazy conditions in several parts of Singapore this week.

Transboundary air pollution is air pollution which originates partly or in whole from one state but adversely affects another state.

The problem first made global news in the 1960s, when Swedish and Norwegian scientists noted that increased acidity levels in large numbers of their lakes resulted in fish and other aquatic life dying. Some species were even wiped out.

Acid rain was the culprit and the source was located outside the Scandinavia region: from the United Kingdom, Ruhr Valley of then West Germany, and the heavily polluting countries of Eastern Europe.

Acid rain is produced by sulphur dioxide and nitrogen oxides in the atmosphere reacting with the water droplets in clouds. The chemical produced returns to Earth as sulphuric or nitric acid in rain. The early solution of building taller chimneys for factories emitting industrial pollutants like sulphur dioxide and nitrogen oxides only dispersed the pollution over wider and longer distances.

Sweden then took the issue to the United Nations. In 1979, a convention on long-range transboundary air pollution was adopted in Geneva. It entered into force in 1983 and has since been ratified by 51 UN Economic Commission for Europe members.

This first international legally binding instrument to deal with transboundary air pollution has been hailed as a success.

Between 1980 and 2005, sulphur dioxide emissions declined by more than 75 per cent, nitrogen oxides by 30 per cent and volatile organic compounds by 40 per cent. Countries like Sweden and Norway no longer worry that acid rain will harm their lakes or forests.

In Asean’s backyard
The haze problem in South-east Asia is almost of a similar vintage as Sweden’s. But so far, Asean has not proven as effective in dealing with it.

The haze has its origins in forest fires in Indonesia’s Sumatra and Kalimantan provinces. Its impact is felt across borders.

In the 1970s and 1980s, the health and economic implications of the haze problem were neither well known nor properly appreciated. By 1995, haze was deemed a serious regional environmental health issue, prompting an Asean Environment Ministers meeting in Kuala Lumpur to discuss transboundary air pollution. But the situation did not improve.

In 1997, forest fires in Kalimantan and Sumatra fuelled serious haze in Malaysia and Singapore. The Pollutant Standards Index (PSI) hit a “very unhealthy” level of 226. Six countries and some 60 million to 70 million people were affected. The cost of the 1997 haze to Singapore’s economy was estimated to be US$300 million, and to the region, US$9 billion.

The haze returned with a vengeance this year. On June 21, the three-hour PSI in Singapore reached a new peak of 401.

Officials from Singapore, Indonesia, Malaysia and Thailand have held several meetings to discuss the problem. But serious challenges prevent a quick resolution.

For one thing, the fires are caused by farmers who use the “slash and burn” method to clear land for oil palm, rubber and plantation forestry.

Last year, Indonesia exported US$17.9 billion (S$22.75 billion) worth of palm oil, and around five million Indonesians depend on this industry for a living.

It is now evident that the slash and burn method is being practiced by both small farmers and large plantations. It will be challenging to make a poor farmer understand that his land-clearing method is causing pollution and respiratory problems in distant lands, let alone consider alternatives. Large plantations are more interested in maximising profits than sustainable agriculture. Corruption is also rife in the issuing of land clearance permits and the enforcement of existing laws.

It is highly unlikely the haze problem will be solved overnight.

Sweden documented through extensive research the damage wrought by acid rain to its economy and environment. It then aggressively disseminated this information through scientific papers, the media, relevant inter-governmental fora, and through activist environmental non-governmental organisations (NGOs). The problem was almost fully resolved by the early 1990s.

In sharp contrast, Asean takes a “softly, softly” approach, in line with its non-intervention culture. In 2002, it adopted an agreement on Transboundary Haze that came into force in 2003. The pact requires parties to prevent burning of forests, and to provide information and mutual help.

Indonesia, from where the haze originates, has not ratified the pact. It will try again to get its Parliament to ratify it next year.

Having advised several countries on transboundary resources management issues, we feel that even after Indonesia has ratified the agreement, its impact on controlling the haze will be limited.

Several serious structural problems in Indonesia will have to be solved.

First, there are at least three Indonesian laws that prohibit open burning and clearing of forests. But not one major group has been successfully prosecuted and penalized for violating the existing laws. Enforcement of laws is thus a problem.

Second, policies and activities of different agencies are not properly coordinated. At the central level, the Environment Ministry is responsible for haze, but concessions for land clearance are granted by other ministries like Agriculture and Forestry.

Decentralisation has weakened control and oversight from the centre. Local communities and individuals act mostly with limited knowledge of the directives from the central and provincial authorities. It is now a cocktail of overlapping and even conflicting responsibilities that cannot be easily reversed.

Three-step action plan
Given all this, we propose three immediate steps for the countries concerned.

First, apart from going after errant large-scale farms producing palm oil, the main emphasis should be placed on influencing major buyers and pressuring them to buy only from the producers of sustainable palm oil.

These companies are well known and many have already signed the UN Global Compact pledge which stipulates environmental responsibility. One commitment is that “activities on our yard should not cause harm to the environment of our neighbours”.

Any purchase of environmentally tainted palm oil will pose a major reputational risk for these companies.

This is more effective than going after the producers who set fire to the land. If the main buyers actively boycott the offending producers, the problem can be promptly controlled.

Second, governments should enlist the help of activist social and environmental NGOs in the region. Unlike most governments, they are also more media-savvy, which will help to raise public awareness.

Third, invite academic and research institutions to conduct definitive studies on the economic, social, environmental and health costs of the annual haze, including in Indonesia. We need reliable estimates of the number of people affected regionally, and the future implications if the haze continues unabated.

An important reason for the Swedish success was persuading its neighbours to control sulphur emissions, based on incontrovertible scientific evidence on the extent of the economic loss and impact on its ecosystem and environment.

Sadly, similar authoritative research on the impact of haze in our region is mostly missing.

Professor Asit Biswas is Distinguished Visiting Professor at the Lee Kuan Yew School of Public Policy and a former senior adviser of the first two heads of the United Nations Environment Programme, Nairobi, Kenya, on transboundary resource issues during 1972-1992. Dr Cecilia Tortajada is the president of the Third World Centre for Water Management, Mexico, and has worked extensively on transboundary resource issues.