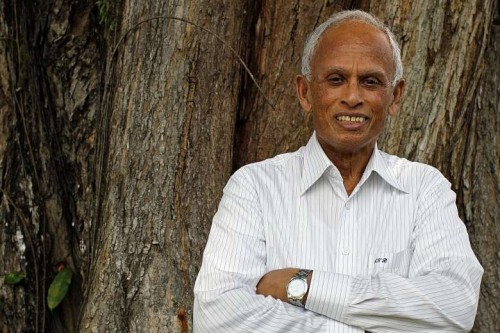 Prof Biswas said his passion for water did not come naturally. “I did not choose water. It chose me.” ST PHOTO: TAMARA CRAIU

When it comes to water, Singapore may be a victim of its own success, says world renowned water expert Asit Biswas.

Water supplies are drying up at an unprecedented rate. But with the authorities here so efficient at making such effects invisible at the turn of the tap, Singapore residents continue to take a free flow of fresh, clean water for granted, Professor Biswas believes. So if he had his way, he would increase water prices here by 30 per cent immediately.

“In my view, water prices should have been increased a long time ago,” he said, pointing out that they have remained stagnant for nearly 16 years.

Prof Biswas, who a decade ago won the Stockholm Water Prize – considered the water industry’s Nobel Prize – for his outstanding contributions to global water resource issues, added: “Singaporeans now use water profligately for all household chores, as well as for bathing and hygienic purposes.”

According to national water agency PUB, the price of potable water for domestic households is currently about $1.50 per cubic metre, or 1,000 litres, (not including GST) for households using 40 cubic m or less per month.

This is far more than the usage in other cities with comparable standards of living, such as Estonia’s capital Tallinn, Europe’s most water-saving city, where each person uses 95 litres daily, Prof Biswas pointed out.

Water usage can be cut easily by substituting a mop for floor washing, in place of high-pressure water jets often seen in housing estates, for instance, and by using non-potable water for watering plants.

His advice comes at a time when sustainable water demand has become imperative.

“Singapore needs to think in terms of drought. Analysis has indicated that there may be periods where we may have one- to three- year droughts in Singapore, Malaysia and Indonesia,” said Prof Biswas, who is also Distinguished Visiting Professor at the Lee Kuan Yew School of Public Policy, National University of Singapore (NUS).

Currently, Singapore gets about half of its water from Malaysia. Therefore, dry weather across the Causeway is a double whammy for the Republic.

Two months ago, Minister for the Environment and Water Resources Masagos Zulkifli revealed that Johor’s Linggiu Reservoir was half empty. This is a far cry from a level of about 80 per cent at the start of last year.

The 55 sq km reservoir is five times larger than all of Singapore’s reservoirs combined, and the Republic built it upstream of the Johor River in 1994, so that it can collect and release rainwater to push seawater back into the sea. This ensures that the river water is not too salty to be treated by the Singapore-run water treatment plant there.

Singapore residents, however, do not feel the impact of serious dry spells because the PUB runs desalination and Newater plants at high capacity to mitigate the impact of lower rainfall.

This cannot continue, said Prof Biswas, who advises 19 governments around the world, including China and Brazil, on water policy issues.

“Singapore has to move from supply management to thinking very seriously about how to manage the demands, both for the present and the future,” he warned.

Besides, water prices now are not commensurate with rising household incomes and inflation, said Prof Biswas, who is also the founder of the Third World Centre for Water Management in Mexico.

When contacted, a PUB spokesman said the answer to long-term water sustainability is source diversification.

“We have to move towards drought-resistant sources like reuse (that is, Newater) and desalination. These, however, are more energy-intensive, and hence more expensive, sources of water,” she said.

“Therein lies the challenge. We can become more resilient to climate change, but at the cost of expending more energy.”

The PUB declined to say if it will be increasing water prices.

Prof Biswas said he and his wife are “seriously considering” becoming Singapore permanent residents, as both love the working environment at NUS – where they are academics – and the “quality and intelligence” of the Republic’s politicians and civil servants.

He admits, however, that his passion for water did not come naturally.

The 76-year-old Indian-born Canadian, who is now based in Singapore, said he was interested in soil mechanics initially.

But that space was filled, and water had been the only subject left for him to teach at the University of Strathclyde in Glasgow, Scotland back in 1963. 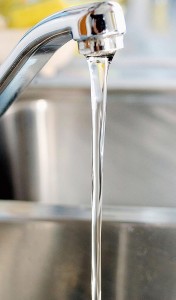 The subject slowly grew on him.

“It’s serendipity. I did not choose water. It chose me,” he said.

Water also brought joy to his life in other ways. Prof Biswas, who graduated with a PhD in engineering from the University of Strathclyde, met his wife, Dr Cecilia Tortajada – thanks to water.

They met in the 1990s when Prof Biswas was advising the government of Mexico on water policy.

“There were very few scientists who spoke English fluently,” he explained.

How much do you know about the water you are drinking? The Straits Times gets PUB to answer some burning questions ahead of World Water Day tomorrow.

Q Is it necessary to boil tap water before I drink it?

A Tap water in Singapore is perfectly safe to drink.

So unless one requires hot water, there is no need for further boiling, which would be a waste of energy.

Every year, PUB conducts more than 400,000 quality tests on the water supplied to customers to ensure that it is entirely wholesome.

Q What about installing water treatment or filtration devices, such as water filters and purifiers?

A PUB generally discourages the use of such point-of-use filters because bacteria will grow on the filters if they are not kept clean, maintained or replaced regularly. And this may actually foul the tap water that passes through this type of device.

There is no need for filters or other point-of-use gadgets that are being peddled in the marketplace for a tidy sum.

Q But is the potable water from the tap still clean enough to drink after running through the water pipes?

A At PUB waterworks, water is treated and then disinfected using chlorine.

Residual chlorine is also present in the water as it moves through the distribution system, all the way to the customer’s tap, in order to keep it safe for drinking.

It is the residual chlorine in tap water that keeps it germ-free. For those who are more sensitive to its smell or taste, just let the water sit for a while before drinking it.

Q How much does a bottle of mineral water typically cost compared to tap water?

A A 600ml bottle of drinking water typically costs from 50 cents to $1 when bought at a convenience store or supermarket. For the same amount of tap water, our customers pay only 0.1 cent.

So perfectly potable tap water can be 1,000 times cheaper than bottled water.

By all means ask for PUB tap water in a restaurant. It will be as good, and probably better, than any expensive bottled water.