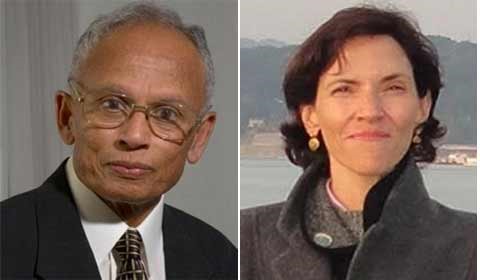 Up until very recently, India’s planners had consistently assumed implicitly that rural development and poverty alleviation can mostly be carried out by the various levels of the Central and State Governments and that the private sector can make only very limited contributions.

However, evidences from all over the world, including India indicate that private sector can make important contributions as well.

In order to study the roles large multinational companies (MNCs) have played in contributing to rural development and poverty alleviation, the Third World Centre for Water Management carried out a detailed case study on this issue. It focused on the Nestlé’s factory in Moga, Punjab, especially in terms of how it has affected the standard of living and quality of life of the population in and around the factory.

In 1958, the Government of India decided to ban imports of milk powder and other manufactured milk products to conserve foreign exchange and kick-start domestic production capacity. Nestlé was invited to consider the possibility of establishing a milk district in an area of 11,000 km2 around the village of Moga from which the company could be authorized to buy fresh milk.

When Nestlé started to construct the factory at Moga, it was a place of abject poverty, malnutrition was widespread, and had only mud houses. Subsistence agriculture was the main source of living. Irrigation and transportation were mostly animal-operated. Water supply and sanitation facilities were primitive, and only a very few villages had access to electricity.

The area selected by the government had no milk culture, and the prevailing dairy sector was a low input and a low output activity for supplementing household nutrition. Taboos and social-religious reservations were serious constraints which actively discouraged increasing milk production and sale.

On the very first day of the factory, 15 November, 1961, Nestlé collected only 511 kg of milk from 180 farmers from four villages. This accounted for only about 5.6% of the then plant capacity. In order to become an agent of change, Nestlé had to reshape numerous social, economic, and cultural attitudes to dairying, organize an informal milk trade, address infrastructural and production constraints, establish a reliable milk collection system, set strict and transparent measuring standards for both quantity and quality of milk purchased and pay regularly to its supplying farmers competitive and profitable rates which were fair to both parties.

In spite of facing constraints, Nestlé successfully established a milk operation at Moga. In 1962, the first full year of operation of the factory, Nestlé purchased 2,054 tonnes of milk. Only 10 years later, in 1972, the amount had increased to 26,660 tonnes, noteworthy a 13-fold increase.

From about 1985, the Moga area witnessed an economic renaissance when the farmers realized the benefits of switching from buffaloes to cows for milk production. This is because the average annual milk yield of a female buffalo is about 1,600 kg and it cannot be increased by cross-breeding. In contrast, cows can be cross-bred and the yield could be increased by 2.5 times, and the lactation period could be as high as 300 days per year. Nestlé consistently provided free animal husbandry advice to the farmers, as well as good quality semen, drugs for sick animals and specially manufactured high-quality animal feed at cost. As a result of these efforts, majority of farmers now use cows for milk production compared to near 100% buffaloes earlier.

With the strong support and encouragement from Nestlé, social, economic and environmental conditions of the Moga have undergone remarkable transformation. In 1962, total milk payments to the farmers were Rs. 910,000. By 2010-11, this had ballooned to over Rs. 6120 million. The multiplier effects of this injection of funds to the area have been truly remarkable. As the farmers´ disposable income increased, so did their spending capacity and aggregate demand for additional goods and services. This in turn brought in more resources to the local economy. We estimate that, for every rupee that Nestlé has injected to Moga’s economy, it had a multiplier effect of around Rs. 3.50 in additional private economic activities.

In Moga, Nestlé now provides full-time employment to 2,400 people. However, this is only a small part of the story. Our analysis shows that another 86,371 people are employed in the region to support the direct and exclusive requirements of the Moga factory. This number will be much larger if indirect employment is considered which has resulted because of the Nestlé´s presence.

In 2011, total taxes paid by the Moga factory to various levels of government amounted to Rs. 557 million. Between 1997 and 2006, when Octroi taxes were levied, the Moga factory and its direct suppliers (considering only Nestlé-related activities) contributed to 25-35 percent of the total income of the Moga municipality. If the factory did not exist, all these taxes and thus incomes of the various levels of the government, including Moga municipality, would have been much less.

Nestlé’s work over the past 50 years to transform Moga into a thriving milk district is an excellent example of how goals, successes, needs and demands of different interests, like communities, businesses and governments are closely interlinked. Without claiming to be a development agency, Nestlé nevertheless consciously and determinedly made essential contributions to the development of the community of Moga. These have been essential components for bringing economic prosperity to the region. They have also contributed significantly to improve the living standards and quality of life of hundreds of thousands of people in the Moga region.

The experiences of Nestlé at Moga show that private sector can play, and has played, important roles in alleviating poverty and fostering rural development in India.

Asit K Biswas is a Distinguished Visiting Professor at Lee Kuan Yew School of Public Policy. Cecilia Tortajada is Senior Research Fellow in the Institute of Water Policy in the same school.

The piece is based on the book ‘Creating Shared-Value: Impacts of Nestlé´s factory at Moga, India, on surrounding Areas’, by Asit K. Biswas, Cecilia Tortajada, Andrea Biswas and Yugal K. Joshi, Springer, Berlin, 2013.