Can India draw some lessons from the Singaporean water story? Prof Asit Biswas, founder of the Third World Centre for Water Management in Mexico, talks to India Water Portal. 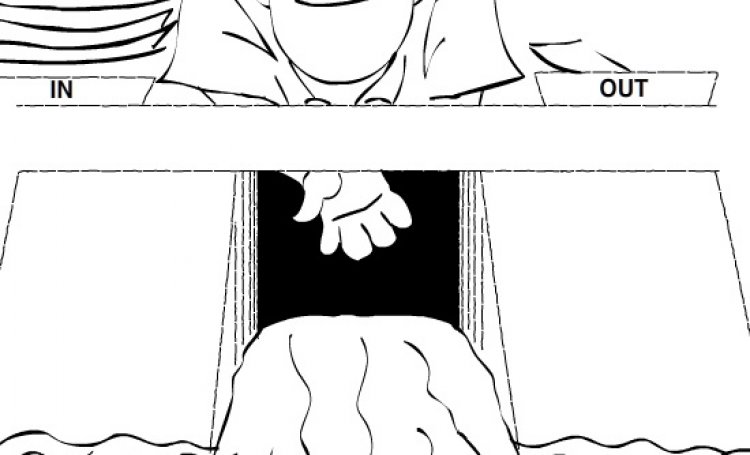 There was a recent report in the Times of India on how Singapore, listed among the 20 smallest countries in the world, made water management and conservation efforts over the years. What lessons can India, a mammoth country draw from this small but densely populated country?

India, if it continues with its ‘business as usual’ approach, will not be able to solve its water problem for at least the next hundred years. Not many people in the country will be able to drink the water from their tap without risking their health. While there is no single formula that can be derived from the Singaporean water story, to say that it is easier for Singapore to deal with the problem given its small size is an excuse. Singapore has been able to successfully cater to the drinking and industrial water needs despite all odds, which at independence in 1965, was more daunting than anything India has ever faced.

If we look at India, its water management, frankly, is dreadful. While India continues to develop as an emerging economic power, its urban water management is worse than that of a banana republic! A small country like Costa Rica has water management that is miles above that in India. Sadly, this dismal situation is true for most South Asian cities. An estimate by the Third World Centre for Water Management points out that at least 2.5 billion people all over the world do not get clean water to drink. As for India, the same Centre has estimated that less than 10 percent of wastewater from both municipal and industrial sources generated in the country, is now collected, properly treated and then discharged into rivers and lakes in an environmentally-safe manner.

Much of your work is on water governance and policy. What is the problem in India in this regard?

A main problem of poor water governance in the country is the absence of sustained political will at central, state and municipal levels. In addition, there is too much of bureaucratic infighting, endemic corruption, regular political interference and public apathy. The water supply and pollution control institutions are noted by their inertia. The media seldom seriously scrutinizes the inappropriate water policy decisions and takes the politicians and bureaucrats to task. All these intensify the problem. This is most evident in the case of rivers where in spite of the thousands of crores of rupees spent on their clean-up, they continue to become even dirtier. Water pollution is extensive and has reached serious proportions despite directions from the Supreme Court and the National Green Tribunal about erroneous clean-up practices and processes.

A lesson we can learn from Singapore’s good water governance is that politicians need to respect good professionals and not interfere with their work. If professionals manage the water utilities instead of bureaucrats in major Indian urban centres, there will be far less inaction and foot-dragging and we shall see more progress.

As of institutional and governance models, there is no particular model that India can adopt. It should explore various good water governance models from diverse parts of the world and study whether they can be successfully grounded in specific local conditions. The broader principles of good long-term planning can be put in place only when we radically overhaul the water institutions and existing political and administrative processes through which water is being managed. A holistic and coordinated approach, which is strongly supported politically, will help to avoid many of the current and future policy mistakes. Sadly, I do not see it happening at present.

Take one example. It is absolutely essential that water utilities be headed by technical and management people and not by bureaucrats who have no experience of managing large water institutions, or have any water knowledge or expertise. The terms of the Heads should be secure and long enough to make a difference. Let us consider Delhi Jal Board. It has been repeatedly headed by people who seldom serve for more than 18-24 months, some even less than one year! Such short tenures are not sufficient to understand the systems, make proper plans and implement them properly. Their knowledge of water is very limited when they arrive. The situation is very similar in Mexico, where the average term of the Chief Executive Officer of water utilities is only 18 months. They need time to understand water utilities and how to manage them. More time is then needed for planning and implementing the plans.

Each new Chief Executive Officer often has a different priority be it reducing non-revenue water, or increasing supply, or improving service delivery, or wastewater treatment, or even doing the absolute minimum during their very brief stint. With the revolving door of the Chief Executive Officer, nothing gets properly planned, let alone implemented. Managing water is not rocket science.

India has the expertise, technology and investment funds, yet its cities have dismal water supply when compared to Phnom Penh. Why is it so?

When we compare Indian cities with say the Cambodian capital of Phnom Penh, one is surprised by the excellent way the latter manages its water. Just twenty years ago, Phnom Penh was weighed down by very poor water supply, with around nearly 83 percent lost due to leakages and unauthorised connections. The restructuring of the Phnom Penh Water Supply Authority in 1993 and putting in place a competent professional with firm and transparent management style to lead it over some 20 years has made all the difference. Things began to turn around soon. Staff were trained adequately to deal with the challenges and all the corrupt staff were fired. Twenty years down the line, the city’s annual water production, water distribution network and customer base have increased manifold. At present, many of Phnom Penh’s water management indicators are much better than those of London or Los Angeles.

The water use in Delhi is 220 litres per capita per day (lpcd), while some European cities can boast lower figures of around 95-120 lpcd, almost half of Delhi consumption. Of course, there are issues like access to water, quality of water received, poor water management, including pricing. In addition, a megacity like Delhi is sucking in resources, including water and funding from the hinterland. Even then, its performance in terms of water management is truly dismal and sadly deteriorating further. What happens to mid-sized cities which do not have the same resources, management expertise and power?

There is absolutely no reason why all Indian cities of more than 200,000 population cannot have a 24-hour clean water supply which is safe to drink from the tap. The problems are not shortage of water, availability of funds or lack of technology. These are convenient but irrational excuses. Unless Indian cities change their management practices, there is really no hope that city-dwellers can have regular and clean access to water for the next hundred years to come.

Prof Asit Biswas, the founder of the Third World Centre for Water Management in Mexico was here at New Delhi recently. He is presently the Distinguished Visiting Professor at the Lee Kuan Yew School for Public Policy at the National University of Singapore, and he advises 19 governments at Ministerial level on water-related issues. India Water Portal caught up with him on his take on water governance and policy problems in India and a way out of the crisis.