India has some work to do to meet its power needs. Bhutan is helping. 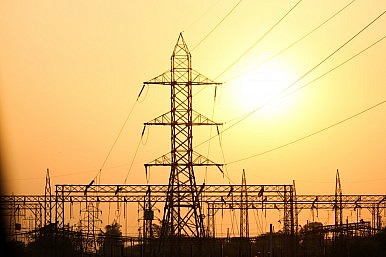 On July 30 and 31, 2012, India witnessed its worst power failure in a decade. Eight states including Uttar Pradesh, Uttarakhand, Rajasthan, Punjab, Haryana, Himachal Pradesh, Jammu and Kashmir, Union Territory of Chandigarh as well as New Delhi were in complete darkness as the northern grid collapsed. The second day, July 31, saw another acute power failure that affected more than 600 million people in 20 states across the country. Essential services such as hospitals, metros, schools and water supplies were interrupted for almost 72 hours.

Power failure is not new to India. On the contrary, power failures are now considered almost as “normal” events. A 2015 report states that Delhi witnessed 1000 long power failures within the first two weeks of June last year affecting more than 14 districts.

Besides localized occurrences of power cuts owing partly to regulatory and governance problems, the central reason for India’s infrastructure inadequacy in the power sector is more systemic and has wider implications for the country. In January 2001, the national grid failed, affecting 230 million people in the northern Indian states of Punjab, Haryana, Uttar Pradesh, Kashmir, Rajasthan and Himachal Pradesh. There was a similar five-state power failure in 2002 due to the excess withdrawal of power by Madhya Pradesh, a leading agricultural state.

Frequent power failures are routine, especially during peak summers when the temperatures rise to 48 degree Celsius, particularly in the north and northwest India. Delayed or insufficient monsoons cause significant problems, especially to the farming community that relies heavily on groundwater withdrawal for irrigation.

Lack of discipline on the part of states in drawing more electricity than the one they have been allocated by the regional load dispatch center further aggravates the situation leading to disastrous power failures. Additionally, state utilities often choose to induce intentional power cuts to reduce losses, or as a result of technical or administrative failures. All these factors contribute to recurring power cuts all over the country.

Despite several similarities in the causes behind such events, the 2012 power failure was different for two reasons. First, if one were to consider the sheer scale and magnitude of the July 2012 event, the numbers add up to almost half of the Indian population affected, in addition to economic losses estimated at $2 billion. Second, the incident thrust India’s struggling power sector into the limelight.

India’s electricity is generated by the integrated working of a pan-national electric grid, comprising the Northern grid, also called NEW (Northern, Eastern, North Eastern and Western) and the Southern grid. Each of these five regional grids operate in synchronous mode, which means that power in these regions can flow seamlessly as per relative load generation balance.

The Northern grid, which supplies power to the heavily irrigated farmlands of Punjab, Haryana and Uttar Pradesh, is in energy deficit and draws its power from the surplus regions. In 2012, a late monsoon followed by soaring demand for electricity incentivized excessive withdrawals by the Northern grid. Before 2013, the Southern grid was connected to the NEW grid through asynchronous mode, remaining isolated from any adverse impact, unlike the Northeastern and Eastern grids. Inevitably, the NEW grid collapsed due to overload and mismanagement of an overstretched generation system, affecting states across northern, eastern and northeastern region comprising almost half of the country’s population.

Soon after the crisis, a three-member expert committee was created by the Ministry of Power. Aging infrastructure, power withdrawals in excess of established limits, and poor inter-state coordination were identified as key bottlenecks. However, behind these technical and institutional anomalies is a perpetual demand and supply mismatch. Despite India’s ambitious growth targets for the economy, there is simply not enough reliable energy supply to meet the country’s current or future growth projections.

The demand for energy in India has seen a 6.9 percent average growth since 1990s, rising to 897 terawatt-hours (TWh) from 376 TWh in 2000 without a parallel rise in production capacity. Fuel supply risks, severe transmission and distribution losses estimated to be as high as 50 percent in some states combined with the slow pace of adding power generation capacity have resulted in a crisis situation. According to latest official estimates, peak electricity deficit in the country remains at 2.4 percent, a vast improvement from 13 percent a decade ago, nonetheless a significant gap that needs to be reduced.

Coal-based energy and hydropower are the two primary contributors to India’s power sector, with coal occupying almost 60 percent of the energy mix. While there has always been a low supply of high-grade coal in India, the summer of 2012 witnessed a double jeopardy: hydropower, which supplies 21 percent, or 38,106 MW, to India’s power sector, decreased by almost 20 percent of its normal generation capacity due to a delayed monsoon. Drought spells disaster for India, which relies heavily on rainfall for its agricultural production. More frequent occurrences of El Niño have increased the incidence of droughts in the country. As expected, demand for electricity increased as more groundwater had to be pumped out to meet irrigation needs.

Four years after the 2012 event, there are two significant observations to be made regarding India’s energy sector. One, the present national government upon assuming power in 2014 shifted the trajectory of the power sector towards renewable and clean energy. This is in line with India’s domestic and international commitments to combat climate change, as reflected in its ambitious intended nationally determined contribution. India has committed to reduce emission intensity of its GDP by 33-35 percent (compared to 2005 levels) and achieve 40 percent cumulative electric power installed capacity from non-fossil fuel-based energy resources, both by 2030. Given India’s history of chronic power shortages due to the unavailability of coal and natural gas supplies, these initiatives will help the country accomplish a step change in the long term. Two, India is now proactively diversifying its energy sources by increasing regional power imports. With domestic energy supply unable to match demand growth, India’s dependence on imported energy is inevitable. In this respect, a successful power-trading relation with the neighboring country, Bhutan, demonstrates the huge energy gains from such integration.

Ever since the 1960s, when India began investing in Bhutan’s largely untapped hydropower sector (accounting for almost one-third of India’s total hydropower potential), both countries have enjoyed a mutually beneficial arrangement. Despite its own immense endowments of water resources, India has not been able to exploit its hydropower potential. Over 93 percent of the total potential in the north eastern region remains untapped, primarily in parts of the Brahmaputra river basin due to regulation and implementation issues. In this scenario, India’s relationship with Bhutan serves as a major boost to India’s power sector.

Reliability and trust form a key pillar in the India-Bhutan bilateral relations. During the 2012 blackout the Indian government approached Bhutan for assistance to meet its power deficit. The emergency power brought in on a priority basis was used to electrify the Delhi Metro, the prime minister’s residence as well as a leading hospital in the national capital and restore the Eastern grid.

It is true that India’s power sector, largely handled by loss-making public sector companies, is in dire need of a long-term strategy. However, the solution to the electricity dilemma is not limited to solving bottlenecks in the domestic power sector. Diversification of energy sources to increase power generation capacity is just as significant, especially in view of the rising demand for energy on account of an expanding manufacturing sector, rising domestic power consumption due to urbanization and increasing integration of previously unconnected households into the power grid through various government schemes.

Reliable power supply is an important aspect of access to electricity. This can only be resolved by investing in technical infrastructure that increases availability of power. Regional interconnectivity could help countries manage power shortages, improve efficiency and also prevent colossal failures such as breakdown of a national power grid as witnessed in 2012. India’s bid to import 10,000 MW surplus power from Bhutan by the year 2020 and support for the Bangladesh, Bhutan, India, Nepal (BBIN) agreement of the SAARC nations is a promising strategy with high future dividends in energy security.