How to keep the taps running

Although Singapore is in a better position than many other drought-hit countries, it is time to come up with a drought response plan. 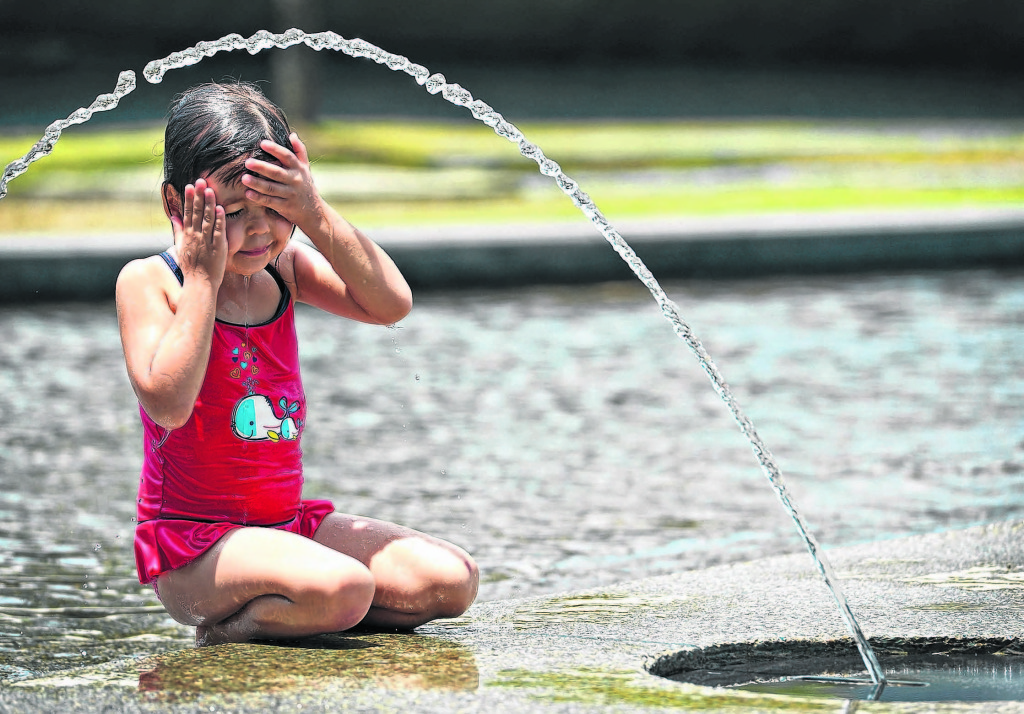 Singapore’s present per capita daily water consumption at 151 litres is quite high. The aim is to reduce this to 140 litres by 2030. However, many European cities like  Amsterdam, Berlin, Copenhagen or Munich had already reduced their per capita consumption to well below 140 litres by 2000. ST PHOTO: NG SOR LUAN

Many parts of the world are now facing droughts. These include cities in Australia, the United States and many in South-east Asia. Last week, 15 provinces in north, north-east and central Thailand were officially declared to be under drought and receive emergency funding. Around mid-February, 37 out of 58 provinces of Vietnam were warned of higher risks due to forest fires because of dry conditions. Malaysia and Indonesia are facing serious dry spells as well. Selangor, Kuala Lumpur, Johor and Negri Sembilan have started water rationing for 3.6 million residents. Forest fires in Indonesia and Malaysia have also led to hazy skies in the region, including Singapore.

While Singapore is also facing droughts like in many other places, it is at present comparatively in a much better situation. This is because it has developed over the years an exemplary urban water and wastewater management system, and unlike Australia and California, the city-state has very little agricultural activities. It is the agricultural sector that accounts for nearly 70 per cent of global water consumption.

Furthermore, Singapore has only one level of government and ministries and agencies have one common development goal. This, compared to other countries which have to deal with three levels of governments: central, state and municipal, make institutional coordination much easier in Singapore.

Floods versus droughts
In late 2011, when floods attracted protracted social, political and media attention, we expressed our views in these pages that Singapore should give more attention to droughts than floods. This is because Singapore already has a world-class flood management system. An average flood lasts less than 30 minutes, but a prolonged drought can continue for months, and even years.

Droughts are slow-building threats. Floods occur only in some specific flood-prone areas of a region but the effects of droughts can be felt across the entire country and often other countries. Floods usually inflict short-term pain whereas a prolonged drought, like the millennium drought in Australia from 1995 to 2012, has long-term economic and social implications.

While the present drought in Singapore has received much social, political and media attention, it cannot be compared to earlier similar historical events because its exact duration, severity and extent are still unknown. Also, each drought has different characteristics which makes inter-comparison very difficult.

One factor is now well-established. With the 24/7 continuous global news cycle, droughts attract considerable media attention. This often gives the public the erroneous perception that conditions are worsening over the long term.

While the frequency and severity of droughts are expected to increase in the future because of climate change, reported increases in the occurrence of global droughts has been over-hyped. A recent authoritative study concluded that there has been little change in drought frequency over the past 60 years.

In any case, what can Singapore do to prepare for prolonged periods of dry weather? We endorse the current policy of using reserves and promoting conservation measures. National water agency PUB is currently pumping 35 million gallons of Newater every day to compensate for falling reservoir levels. It has also requested heavy water consumers (both industry and individuals) to reduce their consumption. While this policy will ensure Singaporeans will not face any serious water crisis for the next several weeks, it should be noted that technological options can only go so far.

Recycling requires an assured supply of fresh water to start with. If the current drought is prolonged, and reduces the fresh water supply in the region, the production of Newater will suffer as well. Imagine what would happen if the drought lasts for six to 24 months, or even longer?

The current drought reinforces the importance of water security for Singapore, which does not have any hinterland to provide it with an assured supply. The only long-term option is supply augmentation as well as demand reduction. New technological innovations and improvements in urban water management will unquestionably boost resilience further but cannot eliminate risks completely, especially if Singapore is faced with more than a decade- long mega-drought similar to that in Australia recently.

Individuals can play a role
The current drought should be used as an opportunity to have a societal dialogue on Singapore’s water future. It is also an opportunity for the public to become engaged with long-term water conservation practices. The public must realise that all policy interventions will require a mixture of collective and individual actions and responsibilities.

For example, the present per capita daily water consumption at 151 litres is quite high, especially for a country with no hinterland. The targets are to reduce it to 147 litres by 2020 and 140 litres by 2030. Are these targets good enough? Many European cities like Amsterdam, Berlin, Copenhagen or Munich had already reduced their per capita consumption to well below 140 litres by 2000.

Cities like Hamburg and Barcelona are likely to break through the 100 litres barrier by 2020. Singapore could consider a more ambitious target.

Singapore’s water tariff was last revised in 2000. It was then justified on the basis of cost recovery only.

Many European cities are using water price as an instrument for water conservation. A societal dialogue may be warranted in Singapore on using this instrument to reduce demand for water and thus enhance water security.

Interestingly, bottled water consumption in Singapore was estimated at $149 million in 2013 and is expected to go up to $270 million by 2020. This is in spite of the fact that the quality of water supplied by PUB is often as good as, if not better than, many brands of bottled water, and that water from our taps has significantly more regular quality checks. Yet, consumption of bottled water is likely, in monetary terms, to increase by 83 per cent only in the next seven years. Can the money be better spent elsewhere?

Even though industries which are heavy users of water are actively encouraged to increase their water reuse and recycling practices, more efforts are necessary to reduce their water demand.

More discussion on drought
During our research for the Singapore Water Story book, one of our surprising findings was that even though water security is an important goal, and droughts are facts of life, universities and research institutions in Singapore are not engaged in sustained research as to how to manage a prolonged drought. This is a void that needs to be filled.

For a small country like Singapore without a hinterland, protracted drought may have disproportionately large impacts on a densely populated urban society.

Thus, this country, its government and the members of the society need to draw up the necessary risk management and drought response plans and policies. This is where academics, research scientists, and government experts need to work together to keep the taps running.