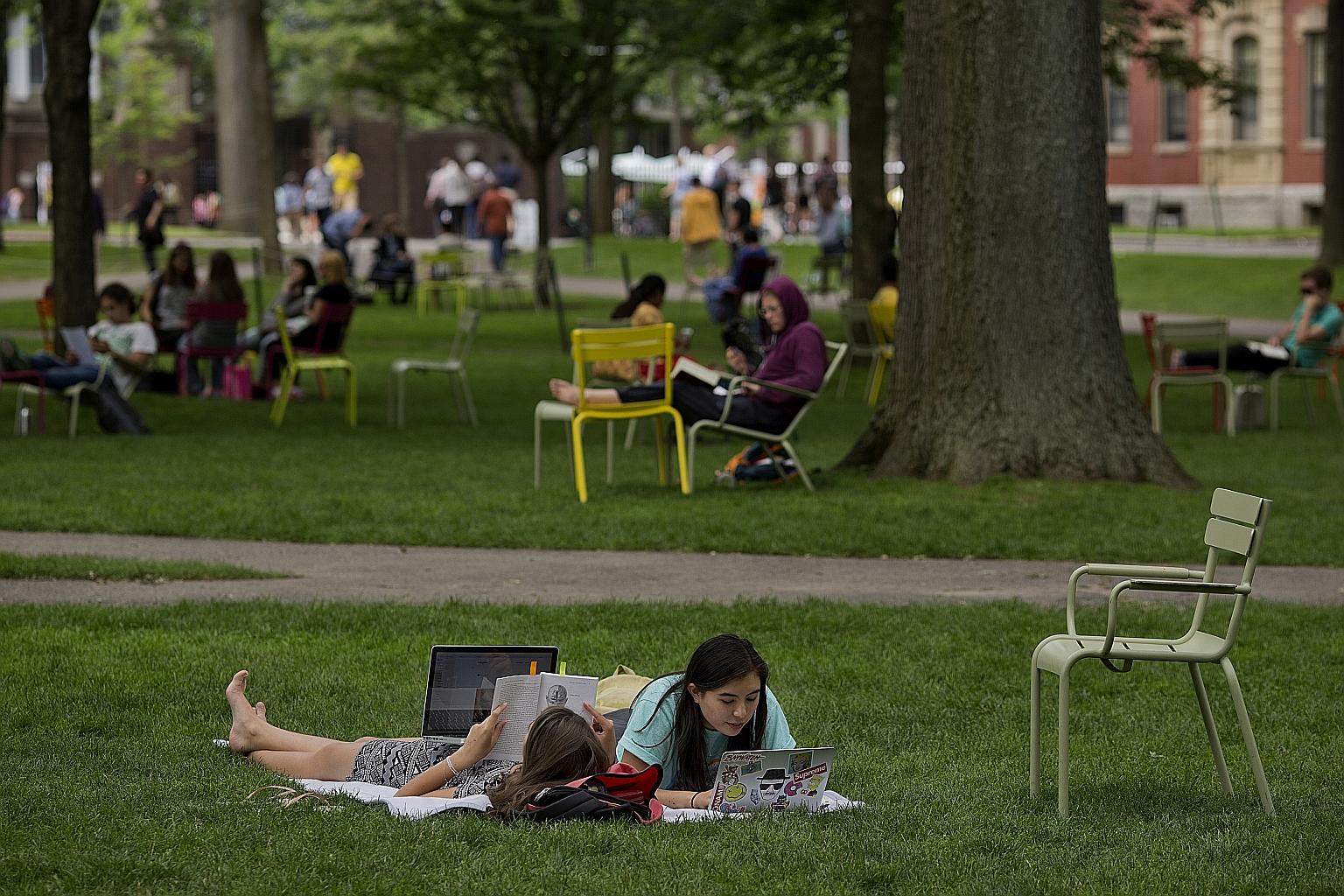 Requiring professors to have work experience outside academia could be one way to add value to the student experience on a practical level as they would have a clearer understanding of which skills and strengths are sought after by employers. PHOTO: BLOOMBERG

Approximately 290 million young people worldwide are neither studying nor working – that is almost a quarter of the world’s youth.

Policymakers have claimed for years that education is the best insurance against unemployment. Indeed, the Organisation for Economic Cooperation and Development (OECD) has repeatedly lobbied for countries to maximise tertiary education rates. Even Germany – supposedly Europe’s model student nowadays with its vocational education system – was criticised for not producing enough university graduates.

Yet, the truth is, post-secondary education does not automatically enhance job opportunities. Take Italy, where these days it actually seems harder for those with a college degree to find a job than those without one – 33 per cent of college graduates between 20 and 24 remain out of work, compared with 30 per cent of those with only a high school degree.

Many young people understand that college education is no silver bullet against unemployment or under-employment. Indeed, only 50 per cent of youth stated in a recent survey that their post-secondary education had helped them find a job. Meanwhile, only 42 per cent of employers think educational institutions would adequately prepare youth for a job.

But compare that with what education providers think: More than 72 per cent of them believe their service would equip young people for the labour markets. And 74 per cent of them also estimate that more than half of their students found a job within three months of graduation. That is actually true for only 54 per cent of their alumni. Sadly, ignorance remains rife among many universities regarding the irrelevance of their schooling from an employer’s perspective.

Evidently, university education is not all about maximising employability. People go to university for various reasons. Many just want to study the subject they are most passionate about – and we very much believe this can be a recipe for success. However, these “heart decisions” seem to be increasingly outweighed by “head decisions” among the current generation of students, and universities should respond to these shifting priorities.

Indeed, quite a few universities are already attempting to enhance the practical relevance of their schooling. Yet, the pathways chosen are frequently questionable. For instance, many universities have launched various seminars on networking and communication skills to enhance their students’ employment prospects. Professors who have never led more than a team of three to four research assistants in their 20s are now being asked to teach courses on leadership and communications practices.

Closing the skill gap is a complex task. Many interventions are needed to enhance the practical relevance of higher education. Lectures on leadership might not be essential.

One intervention that might prove particularly effective and enduring could be to incentivise those who teach – or aim to teach – in universities to leave the ivory tower at least once for a reasonable period of time during their lives.

Work experience outside academia is seldom valued by academic promotion panels. In order to obtain tenure, scholars must churn out as many peer-reviewed articles as possible; publications in prestigious peer-reviewed journals are the most important key performance indicator within academia. Sadly, most academic articles are barely noticed even within the community. For instance, 82 per cent of articles published in humanities are not cited even once.

Additional indicators need to be considered for hiring and promotion, with previous work experience outside academia being a particularly decisive indicator, to boost the practical value of higher education for university students.

Such a “work experience indicator” is already implemented in Germany’s Fachhochschulen, established in the 1970s. These Fachhochschulen (best translated as “universities of applied sciences”) offer primarily practically oriented courses on various subjects, from business administration to engineering or even gender studies. A third of all German college students are currently enrolled in Fachhochschulen.

Those leading Fachhochschulen frequently require professors to have gathered work experience outside academia before their appointments, because it is believed that such experience would demonstrate to scholars which skills are needed, even essential, in the job markets. These insights, in turn, might then be reflected in research and university teaching. Furthermore, the networks developed by professors while working outside academia could also benefit students.

Much teaching in Fachhochschulen is case-based. Students are asked to solve various hands-on challenges, some of which the professors might have faced in their professional lives before joining the university. Students collaborate in teams and then present solutions to the entire class. This working style mirrors how many organisations, in both the public and private sector, currently operate.

Also, long-term internships are usually a key component of courses in Fachhochschulen. University professors at Fachhochschulen frequently set up internship programmes with firms where they had worked previously. The Berlin School of Economics and Law maintains cooperation with 480 companies, and an internship for an entire semester is mandatory in various of its bachelor’s courses.

Many experts agree that Germany’s Fachhochschulen and their professors who have work experience outside the academy represent important factors behind this success.

Slowly, the value of scholars with work experience outside academia is being recognised beyond Germany. Even though most job postings for professors still tend in most countries to focus largely on research publications, “Professor of Practice” posts seem to have become more common in recent years.

Equally, recruitment for doctoral programmes sometimes takes into account practical experience these days. For instance, Princeton’s Woodrow Wilson School of Public and International Affairs now aims to recruit a doctoral cohort with “academic strengths, life and work experience”. Similarly, many students admitted to Columbia’s various doctoral programmes must have professional experience as well. Change is indeed happening. However, it is only incremental and occurring in a few places, at a snail’s pace.

Asit K. Biswas is Distinguished Visiting Professor at the Lee Kuan Yew School of Public Policy, National University of Singapore. Julian Kirchherr is a doctoral researcher at the School of Geography and the Environment, University of Oxford.