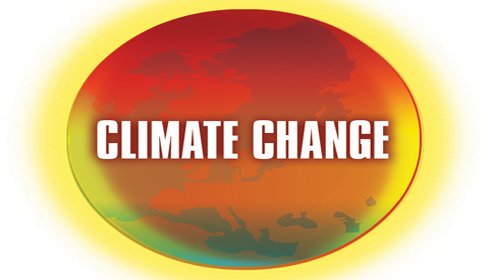 The 2014 report of the Intergovernmental Panel on Climate Change has warned that extreme climatic events are likely to be more frequent in the future. Any reasonably well-informed person must have noted the preponderance of occurrence of extreme climatic events like prolonged droughts, heavy rainfalls, intense floods, and hotter and longer heatwaves and cold spells all over the world in recent years.

Throughout human history, climatic fluctuations have been a fact of life. However, these extreme weather-related events occurred at any specific time only in a few countries. What has been unusual is the number of intense heat or cold spells and high or low rainfalls that have been observed concurrently in many parts of the world around the same time.

World Meteorological Organization (WMO) monitors the global weather. They have pointed out that only during the two months of 2014, the world has witnessed unusual extreme events at the same time in many parts of the world, resulting in disruptions to transport, food production and electricity generation and distribution.

Let us consider extreme weather events during the past 10 years only, and start with Asia, and especially India and China.

India – In July 2005, Mumbai received 944 mm of rain in 24 hours. This is nearly 40% of the city’s annual average rainfall that fell in one day. The drainage system of the city was over 100 years old, and its operation and maintenance practices have been consistently poor over decades. The resulting flood contributed to over $2 billion in damages and 927 deaths in Greater Mumbai alone. Across northwest India, this flood affected some 35,000 km2 of area, and 20 million people. The regional damages have been estimated at $3-5 billion.

In June 2013, the Indian state of Uttarakhand suffered a heavy flood whose impacts were extenuated because of massive deforestation for road and building construction, non-existent land use planning, extensive constructions (both legal and unauthorized) in slopes and flood plains, badly planned mining activities, massive disposal of debris and solid wastes on the river beds, and rampant corruption. All these social, economic and environmental factors exacerbated the impacts of the resulting heavy monsoon flood. Indian army evacuated more than 110,000 people. Official estimate of the death toll was 6,000 but independent observers put it around 30,000. In 2013 only, the area lost $1 billion in tourism income. The World Bank estimated total loss at $3.8 billion.

In September 2014, India suffered another catastrophic flood in Kashmir Valley which contributed to over 420 deaths and affected around 6,000 km of roads, 3,000 water supply systems and 3,000 electricity substations. The flood affected 651,000 agricultural land, and preliminary estimates indicate it resulted in around $10 billion of damages.

China – China experienced the worst winter in five decades in 2008, affecting 78 million people with freezing temperature and record snowfall. In 2010, Zhaquo county, Gansu province, was hit with devastating flood killing 1,500 people. Many parts of China had the coldest winter in 2010 for at least 50 years. In 2013, Shanghai had the hottest summer in 140 years.

Southeast Asia – Tropic cyclone Nargis was the worst natural disaster to hit Myanmar in November 2013. It killed at least 140,000 people and devastating the lives of 2.4 million others. Even a year later, still 500,000 people were homeless, 200,000 had no access to water and 350,000 were receiving food aid from WFP. The Philippines was hit by typhoon Durian in 2006 which killed more than 1,000 people. It was again hit in November 2013 by Typhoon Haiyan. It is the deadliest typhoon in its history, killing more than 6,200 people and affecting another 11 million people. This year parts of Indonesia suffered from severe floods, affecting coffee production, while other parts faced droughts. The dry conditions increased slash-and-burn agriculture and forest fires which contributed to haze over the region. Some 15 provinces of Thailand were officially declared drought-stricken, and thus were eligible for emergency funding. Some 3.6 million people in Kuala Lumpur and Selangor were under water rationing and received water only four days a week. 37 out of 58 provinces of Vietnam were under higher risks for forest fires due to dry conditions. Singapore was in a much better situation, but drought forced it to consider stricter water conservation measures.

South Asia – In 2010, Pakistan witnessed the worst flood in its history which killed at least 1,700 people and affecting another 20 million. It contributed to damages of $11.1 billion and reconstruction costs of $8.9 billion. Some 1 million people from Sindh province of Pakistan faced serious droughts in 2013-2014. In 2013, nearly 20% of the state of Maharashtra, India, suffered the worst drought in 40 years. 2012 was also a drought year in India which reduced its GDP by 0.5%.

Other countries have suffered from extreme climatic events as well.

Australia – It had a millennial drought that started in 1995 and was officially declared to be over in 2012. However, 2013 was the hottest year ever recorded. The drought is back again with vengeance in parts of Queensland which is home to country estimated 27 million cattle. The Government recently announced A$320 million support for the farmers. Cloncurry, a town of 3,000 people in Queensland, is considering evacuating every person because it has not rained for two years in this arid region.

Canada and USA – Polar vortex brought in record temperature in both the countries. Texas received snow and also had a record dry spell in 2011. In 2012, much of the Midwest witnessed the worst droughts since the Dust Bowl years of the 1930s. Cattle herds had to be reduced which drove beef prices to record levels in the country which is the world’s beef producer. According to the US Department of Agriculture, cattle herd was the lowest since 1952. In Texas alone, the 2011 drought resulted in US$7.62 billion, including US$3.23 billion in livestock. For the current drought, California has approved US$647 million for drought amelioration measures, and President Obama has pledged US$183 million in federal funds.

Superstorm Sandy hit northeastern US in October 2012. According to the National Hurricane Centre, it resulted in 159 deaths, and caused an estimated damage of $50 billion, second only to Hurricane Katrina which resulted in $108 billion damages in 2005.

Latin America – Argentina, Brazil, Paraguay and Uruguay witnessed a prolonged and severe drought in 2008, one of the most serious ever recorded, inflicting heavy losses to agriculture, livestock and water resources. This year, Argentina and Brazil are experiencing record heats and droughts. Droughts in Brazil, the world’s biggest coffee producer, contributed to a sharp spike in coffee prices to over US$2.00 per lb. It will also significantly reduce soybean production. The prolonged drought is threatening Sao Paolo’s water supply. The Cantareira water system which provides water to some 10 million people is under severe stress. During its wettest period from December 2013 and February 2014, Sao Paulo region received rainfall 60% below normal. Situation has not improved. The reservoirs that supply the city are now at record low levels.

Mexico – The country witnessed massive flooding, the worst weather-related disaster in history. For the first time in nearly 60 years Mexico was confronted with Hurricane Manuel from the Pacific and Hurricane Ingrid from the Atlantic which made near simultaneous landfall on September 15, 2013, affecting nearly 250,000 people.

Europe – In 2007, Britain experienced the worst flood in 60 years. It also had the wettest winter in 250 years in 2013-14, resulting in serious floods in many parts of the country. In 2010, western Russia experienced extreme heat and drought. More than 140 towns in Russia suffered heavy flooding in 2013, worst in 120 years. In 2009-10, Europe suffered from extreme cold waves and record snowfalls. Britain, Finland, Hungary and Portugal recorded heat waves in 2013. Austria, Belarus, Czech Republic, south and east Germany, Hungary, Poland, Serbia and Switzerland experienced heavy flooding. In many of these places, they experienced 1 in 100 years rainfall.

These are only a partial catalogue of extreme climatic events the world witnessed during the post-2005 period.

It is worth noting that extreme climatic events are not new phenomena. They have always occurred historically in specific parts of the globe. What is unusual, however, is that these extreme events are now occurring in too many places of the world around the same time. The occurrence of these events confirm the finding of the Intergovernmental Panel on Climate Change that noted that the number, frequency and magnitude of these extreme weather events are likely to increase.

With increasing urbanization and economic activities, there is no question that future economic losses from similar levels of extreme weather events will continue to increase in the future. In addition, if the frequency and magnitude of these extreme events increase in the coming years, as many experts expect, their economic impacts are likely to increase very significantly with time.

Munich Re, one of the world’s largest insurance companies which collects data from all disasters, reported that the number of extreme weather events and earthquakes in 2013 was nearly 40% higher compared to the average of the last 30 years. This, however, does not necessarily mean that extreme climatic events have moved into a new territory, giving rise to a new normal. Climate has always fluctuated wildly in recorded history. Thus, we need to be cautious in attributing the extreme climatic events of recent years only to climate change.

Even in spite of these serious climatic events from all over the world, it has not been easy to convince most politicians that plans should be made to mitigate such extreme events. It is not an easy task to convince policy-makers that significant investments should be considered to reduce the impacts of these extreme events which may occur only once in a 100 or 200 years. Sadly, it is not easy to explain to politicians that 1 in a 100 years event does not mean that they occur only once at the end of 100 years. All it means that such events may occur on an average 10 times in 1,000 years. However, they may occur each year consecutively for the next 3 to 4 years and then may not occur for another 500 years.

These complexities often give the impression of a false sense of security both to politicians and the general public. Just ask anyone who has suffered from hurricane Katrina and Sandy or typhoon Haiyan.