Ebola problem is deeper than it appears for WHO

To maintain the global health body in its dysfunctional form and flawed governance structure is to make the world increasingly vulnerable to new pandemics. 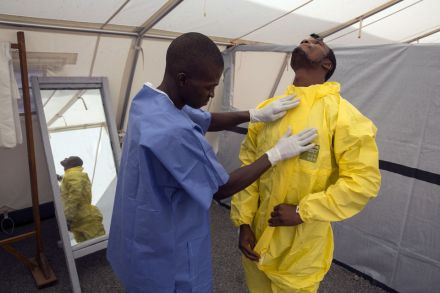 WHO has become progressively weaker by redefining its strategy, which now increasingly appears to de-emphasise immediate global health crises like Ebola. PHOTO: REUTERS

There is mounting criticism of the World Health Organization (WHO) for its recent failure to adequately address the Ebola virus threat. Media coverage has turned from the organi- sation’s missteps in health crisis monitoring, evaluation and response to a broader pattern of incompetence that has placed many long, deep-rooted structural and governance shortcomings under public scrutiny and criticism. These are not new problems but Ebola has made them alarmingly evident.

WHO’s historic failures are numerous: from inadequate responses during the Aids crisis and H1N1 flu pandemic, to a cholera outbreak in Haiti that killed thousands. The Wall Street Journal has pointed out the Ebola crisis is exposing “the decay of the once-eminent public institutions that were established to contain such transnational contagions”. These hard-hitting condemnations are mostly well taken and expose deep-rooted systemic problems within WHO that urgently need attention.

Other missteps have provided additional fodder for the critics. In a public relations gaffe, WHO director-general Margaret Chan proclaimed that tobacco was as great a threat as Ebola. The timing of this statement during the height of the Ebola crisis further eroded confidence in WHO’s will and capacity to respond adequately to a serious and immediate public health threat. Indeed, the recent crisis may well prompt some serious soul searching within WHO itself.

Established in 1948, WHO was successful during the early decades for eradicating smallpox. However, in recent decades it has become progressively weaker, and its effectiveness has steadily declined for three reasons: budget constraints and mismanagement, leadership selection processes, and strategic drift.

First, since 1994, its regular budget has steadily declined in real terms. After the financial crisis of 2008, its regular budget dropped by more than US$1 billion. Consequently, in 2010, it was forced to lay off nearly 1,000 staff. Its 2013-14 global budget is US$3.98 billion. This is less than one-third of the budget for the Centres for Disease Control and Prevention of the USA alone.

Complicating this challenge, WHO’s 194 member countries have not increased their voluntary contributions for decades. However, extra-budgetary funds (EBFs) provided by Western governments and philanthropic institutions like the Gates Foundation now account for more than three-quarters of its spending. This is cause for concern because extra-budgetary funding can be spent only on projects specified by its donors. The director-general cannot use these funds for any other purpose, even in the face of priority threats like Ebola. This is a trend not only in WHO but also in other United Nations agencies.

These EBFs come with stringent strings attached, such as institutions employing consultants from donor countries and procuring equipment, medicines and other supplies from them. In short, donors ensure that most of the donated funds are recycled back to their own countries. Such requirements seldom make programmes cost-effective, efficient or timely.

The second reason WHO has become weaker stems from its process of selecting regional directors, with the Africa office garnering particularly severe criticisms. The co-discoverer of the Ebola virus, Peter Piot, has said outright that the Africa office is incompetent. An internal WHO report concludes that regional office heads are appointed through a “politically motivated” process. The result is that competence and ability to run a continent-wide office become secondary requirements. The election process is opaque and thus open to capture by vested interests and the personal agenda of the candidates. The fact that the regional director is elected by countries, and not appointed by the director-general in Geneva, implies that regional offices are run as independent fiefdoms with little management control from headquarters.

Decades in the making, this critical flaw in WHO’s governance structure appears to be a uniquely troublesome issue for the Africa regional office, whose share of WHO’s total budget has risen from 25 per cent in the 2004-05 reporting period to a projected 28 per cent in 2014-15. Even after Ebola, election of the regional director in November 2014 followed the usual practice. Names of the candidates were not even listed on the WHO website. The latest election process is another indication of the dysfunction and lack of transparency that have dogged the organisation for decades. Not surprisingly, WHO audits indicate that the three countries most severely affected by Ebola – Liberia, Sierra Leone and Guinea – have consistently violated accounting and management procedures.

Maintaining WHO as it is at present is not an option; it will make the world increasingly vulnerable to new pandemics. WHO’s institutional structure should be radically re-examined. Regional directors should report to, and be supervised by, the director-general in Geneva. If the regional directors are elected by the governments, they should be vetted by a group of peers to ensure they fulfil minimum requirements. At present, they are elected behind closed doors only by government representatives without any public scrutiny, discussions or deliberations.

To obtain the necessary votes, candidates often offer inducements like staff recruitments and consultancies. These unethical practices must be stopped. Additionally, within the current election process, motivation to maintain goodwill among governments for election purposes encourages regional directors and their offices to attend to the needs of national capitals. Thus, they are frequently out of touch with the grim realities beyond the capitals.

Global discussions of WHO’s mishandling of the Ebola crisis have largely been focused on leadership issues, both in the regional office for Africa in Congo and also its Geneva headquarters. This concern appears to be a non-starter because the system has to be changed by the very countries (and interests) that govern and benefit from WHO activities.

There is a third reason why WHO has become progressively weaker. It has redefined its strategy, which now increasingly appears to de-emphasise immediate global health crises like Ebola. The motives behind this shift are subject to speculation. However, de-emphasis of responsibility for increasingly complex and unmanageable global pandemics is not positive. Increasing global connectivity needs rapid responses to contain the spread of new pandemic diseases. It is perplexing that WHO currently appears not to have a strategic priority to confront such issues head-on.

The strategic orientation of WHO’s mission seems to have evolved since 1990 to focus more on health policies and political goals. According to its website, WHO has six core functions: leadership and partnerships; shaping a research agenda; setting norms and standards; articulating policy options; providing technical support; and monitoring the health situation. Only the last two of these are directly related to the type of work that was needed from WHO during the critical early days of the Ebola crisis. It now appears to interpret its strategic mandate much more broadly, even with the shortage of funds to carry out its core functions.

Budget information provides a closer look at relative priorities within WHO. In the 2014-2015 period, expenditures on “preparedness, surveillance and response” constitute only 7.2 per cent of the overall budget; in contrast, nearly 10 per cent is allotted for promoting health through “life course”, which includes items like social determinants of health and issues related to gender, equity and human rights. Few would deny that the latter are critical to public health. However, for an organisation whose charter priorities include direct responses to malaria, tuberculosis and other communicable diseases, the current profile of core functions represents a notable broadening of strategy and weakening of core functions.

Whether support for front-line detection and prevention of diseases has been subordinated to interests with more political weight and less liability “risk” bears further contemplation. Nevertheless it is evident that criticism of WHO should focus not only on appointment processes for regional leaderships (a vitally important issue) but also on the institutional evolution of an organisation whose goals should be more tightly focused. Throughout the current outbreak, a narrower operational strategy might have served the global response effort more effectively. A single-purpose offshoot agency (like WHO’s UNAIDS) may have the necessary focus, funding and expertise to monitor, identify and assist pandemic containment efforts.

Asit K Biswas is distinguished visiting professor at the Lee Kuan Yew School of Public Policy, National University of Singapore, Singapore, and co-founder of the Third World Centre for Water Management, Mexico. Kris Hartley is a doctoral candidate at the same School.