Connecting the policy dots in food, energy and water 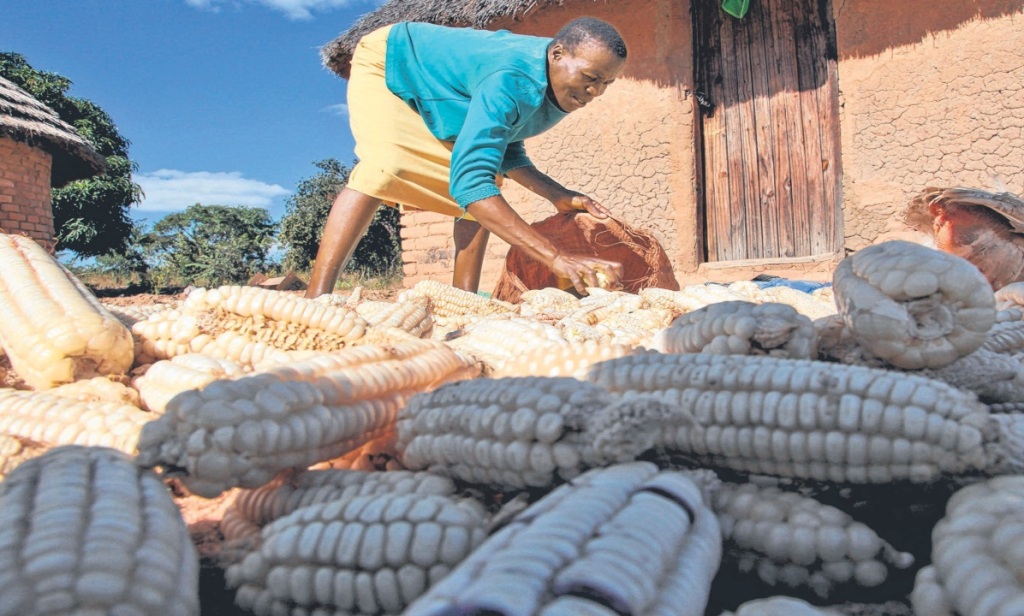 Rich harvest at low cost: Food prices are pushed up in the pursuit of green transport – and once we take a coordinated, holistic look at the picture, the solution too becomes clearer. The solution is not (or at least not solely) subsidies for biofuels, but incentives for farmers to reduce cost, including the cost of energy and water. PHOTO: AP

How are the career prospects of a pig farmer in Devon, Britain linked to petrol prices, linked to American soyabeans? Answer: interrelationship between food, energy and water, which the world has ignored for centuries.

Today, there is a complex water, energy and food nexus at play, all located within the production of the one commodity so vital to life—food.

No large-scale energy can be produced without water. Water too cannot be distributed, cleaned and transported without energy. Food, of course, cannot do without both, especially water.

Nearly 70 per cent of all water used in the world is for agriculture and, as the world population grows, the amount of water needed for food production will increase as well.

The use of water for energy production has been going up steadily over the years, but we have no good global data on what proportion of water actually goes into energy production. Already in countries such as France and the United States, the largest user of water is electricity generation, and not the agricultural sector.

The reverse is also true—we do not know how much energy is actually used to produce and distribute usable water. Globally, we estimate that the water sector consumes around 25 per cent of electricity generated, and for a few countries it exceeds 40 per cent. This amount will increase given continually higher rates of treatment, reuse and desalination.

Despite this close interrelationship, there is no country in the world that has an energy policy that considers water policy, and vice versa.

All this fragmentation and poor management of food, energy and water sectors will mean a disaster for the future availability of food for some 9.3 billion people by 2050, unless the existing policies are radically overhauled.

The fiasco that we are currently witnessing with the wastage of food and the starvation that is the bane of the developing world is only one proof of this.

Overall, 30 per cent to 40 per cent of all food produced is lost. In developed countries, each person wastes about 100kg of food a year, compared to about 10kg in Asian or developing countries. Wasting food, of course, wastes all the water and electricity that have gone into cultivating, distributing and cooking it.

At the same time, electricity and water too is lost. In India alone, 30 per cent to 40 per cent of electricity generated is lost and does not produce any revenue. Water too is carelessly treated, with about 40 per cent to 50 per cent being lost in urban centres of developing countries. Even in a developed country such as the UK, non-accounted for water rate for its biggest utility, Thames Water, is over 25 per cent. Each year, six million children die of hunger. The lack of food affects 925 million people, or nearly one in seven. At the same time, much of the food, electricity and water produced go down the drain, quite literally.

There is really no coordination between the policies of these three critical sectors. Sadly, there is no sign that policymakers anywhere in the world have appreciated this black hole, let alone taking any action to improve the situation.

Yet because of the lack of appreciation of the integrations between food production and consumption, we tend to pay greater attention to growing crops than making the best use of what we already produce.

A similar fiasco in biofuels shows the danger of ignoring these interactions.

Biofuels, with lower emissions, were seen as a green way to drive. Because these fuels are profitable crops, they were also seen as a way to boost the income of farmers and pull the rural sector up.

Over the past 10 years, the global production of biofuels has increased 10-fold, driven by public subsidies and government mandates.

Meanwhile, in the competition for land and farming resources, the price of grains and vegetable oils has risen. The World Bank has estimated that in 2010, some 44 more million people went hungry because of the increasingly expensive food. Predictions are that from next year until 2017, the rise could be as much as 13 per cent a year.

If the current trend continues, about 10 per cent of the world’s cereal production could be used for biofuel. This means that food prices may increase by 14 per cent to 40 per cent. This brings us back to the pig farmer in Devon. More farmers are quitting farming as costs increases—in particular the cost of pig feed. Over the past decade, the UK’s pig herd has nearly halved to 420,000 pigs now. This is less than 50 per cent of the pork needed for the country.

The price of pig is also at a traditional high. Yet there doesn’t seem to be sufficient incentive for pig farmers to stay. This apparent paradox stems partly from the profitability of biofuels—a distortion caused by government subsidies for these crops, which competes with other crops, raises the price of pig feed.

Food prices therefore are pushed up in the pursuit of green transport—and once we take a coordinated, holistic look at the picture, the solution too becomes clearer. The solution is not (or at least not solely) subsidies for biofuels, but incentives for farmers to reduce cost, including the cost of energy and water.

This allows them to not only be competitive in the marketplace but also mitigate against droughts and other natural crises. Just as the environment has come into the foreground in recent years, so too will food in the years to come. It may not require a dedicated ministry, but certainly a holistic and coordinated approach would ameliorate against many of the current policy mistakes and very significant human suffering.

The writers are, respectively, distinguished visiting professor and doctoral candidate at the Lee Kuan Yew School of Public Policy.