China’s green planning for the world starts with infrastructure 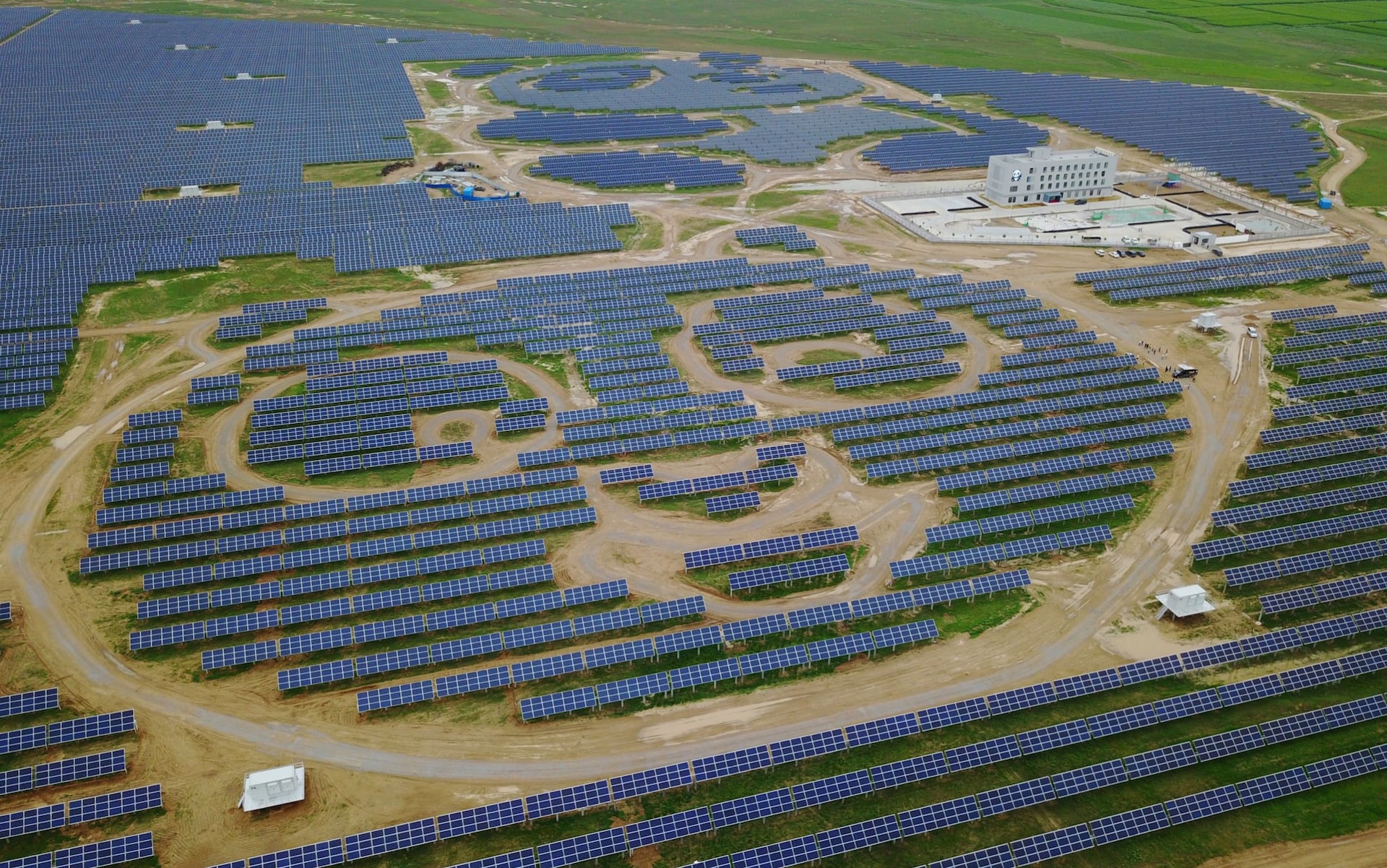 An aerial view of the Datong Panda Power Plant, Shanxi Province of China, 25 July 2017. The plant aims for a total capacity of 100MW upon completion. EPA/HOW HWEE YOUNG

The United States is retreating from the global community under a president who rejected the Paris Climate Accords and denigrates NAFTA and NATO. This provides an opportunity for China to play a greater role in global affairs.

This provides the backdrop for the 19th Party Congress, as China seeks to balance external influence with domestic economic stability. One area in which China can exert greater influence is infrastructure, an urgent issue for development. According to the OECD, supporting development worldwide requires yearly infrastructure investment of US$6.3 trillion until 2030. With knowledge of development honed through decades of rapid domestic economic growth, China is well placed to shape global development in ways that may define the rest of the 21st century.

China has invested in infrastructure projects around the world since the 1970s but a coherent policy for infrastructure investment first appeared in 2013. During a speech in Kazakhstan, Xi unveiled the Silk Road Economic Belt concept.

The crown jewel, China’s Belt and Road Initiative, is expected to attract US$1 trillion for trade, transport, and energy initiatives around the world.

Build at your own risk

Infrastructure is a development necessity, but its expense is a barrier and assistance from China is attractive. More than 60 countries have signed agreements for China to fund infrastructure projects.

However, loan recipients should not assume that infrastructure will automatically transform their economy. Projects can drain resources and often provide little benefit to greater society. Attracting a Belt and Road Initiative project may grab headlines but it is no panacea.

The economic benefits of infrastructure are often vastly overstated. Currently Sri Lanka is unable to service debts to Chinese lenders for expensive but largely unused ports, airports, and highways.

Designed for one million passengers per year, Mattala Rajapaksa International Airport in Southeast Sri Lanka now handles roughly 12 passengers per day. This is less than 1% of original projections, but the airport cost the country US$209 million.

As infrastructure benefits failed to materialise, Sri Lanka’s external debt ballooned from US$10 billion in 2006 to US$25 billion in 2016, much of it owed to China. 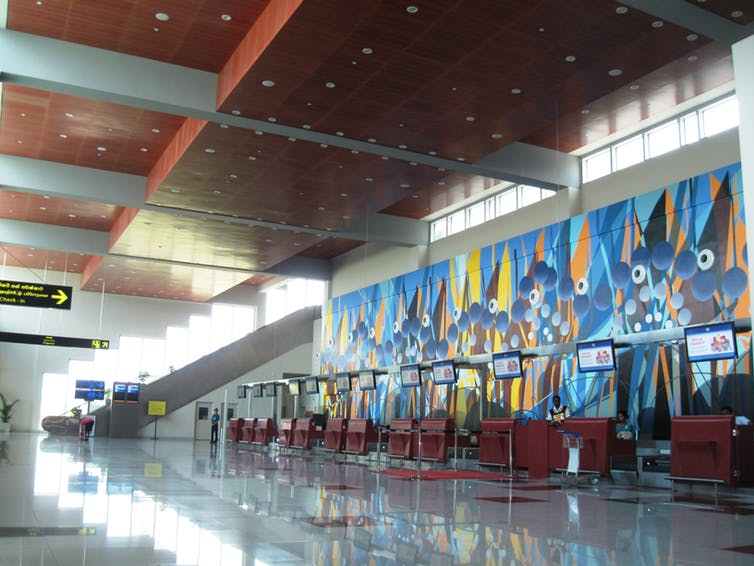 In 2015, Ghana refused a second tranche of loans from the Chinese government for another energy project because of lack of absorptive capacity of the country to manage such high capital inflows.

Recipient countries must weigh economic benefits with fiscal sustainability in deciding whether to collaborate with foreign partners on infrastructure.

Environmental pitfalls are also a concern. President Xi declared in 2017 that the Belt and Road Initiative development would be “green, low-carbon, circular and sustainable”.

Yet, a torrent of Chinese investment is flowing towards environmentally unsustainable projects. A significant amount of China-Pakistan Economic Corridor investment will support an energy portfolio that includes coal-fired power plants. In Bangladesh, concerns about pollution have led to violent protests against a coal-fired power plant being constructed by Chinese firms. 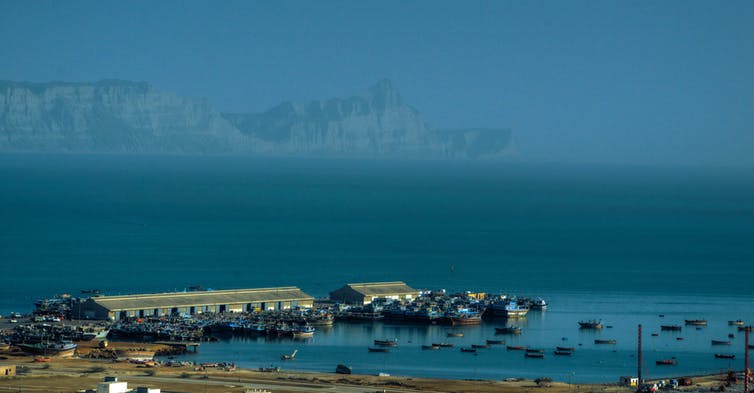 Chinese cement companies reliant on coal have moved to Tajikistan. China-funded projects for roads, oil and gas pipelines, and hydroelectric dams could threaten ecologically sensitive areas in aid-dependent countries like Myanmar and Mongolia. This trend is likely to accelerate in the absence of local pushback or concern for broader impacts.

In a 2011 example, Myanmar’s government suspended the Myitsone Dam project. Protests had raised concerns about potential environmental and social impacts on the Irrawaddy, the country’s largest and commercially most important river.

China has achieved historic progress in domestic growth, and is now turning to environmental sustainability. By 2020, China plans to spend more than US$360 billion developing renewable energy while de-commissioning coal-fired power plants.

China’s commitment to clean domestic energy is also demonstrated by its issuance of 40% of the world’s green bonds in 2016.

At the outset of the Belt and Road Initiative, China can use its growing experience transitioning from unsustainable to green energy sources. This could shape a new generation of environmentally sensitive infrastructure developments around the world.

China and collaborating countries must consider all risks associated with infrastructure projects, not only financial but also environmental and social. Belt and Road Initiative participants should thoroughly evaluate infrastructure in reference to national development goals, rather than using projects solely for political theatre.

In 2016, the China-led Asian Infrastructure Investment Bank, whose loan portfolio may rival that of the World Bank within the next two decades, released a framework that includes environmental, social, and governance standards.

These guidelines provide a ready-made template for Chinese institutions involved in global infrastructure lending. They can also be implemented for individual projects in Belt and Road Initiative countries. Ensuring these guidelines are faithfully observed requires a level of transparency that is arguably unprecedented in China.

The Belt and Road Initiative represents an opportunity to internationalise the Chinese model of state-led economic growth supported by massive infrastructure rollouts. With prudent strategy and thorough monitoring, the initiative could herald a departure from decades of unsustainable and failed global infrastructure development.

If the emerging geopolitical power vacuum leads to China’s preeminence, the country’s government must heed the immense responsibility of development leadership. Aid-dependent countries are ready for sustainable infrastructure, and they deserve better help than what they have received.

This article was originally published on The Conversation. Read the original article.