Chinese corporations’ ESG requirements have undergone a sea change during the past 10 years. 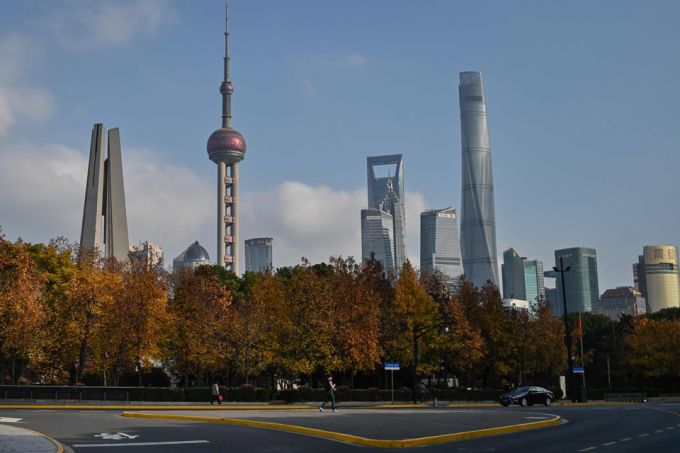 The change in ESG requirements for China’s corporations is almost as dramatic as its economic transformation over the past 35 years and the changing skylines of its urban centres.
PHOTO: AFP

Interests of Chinese companies in environmental, social and governance (ESG) issues are of comparatively recent origin. Between 1991 and 2005, Chinese companies issued only 22 reports on corporate social responsibility (CSR). The situation changed dramatically when the concept of CSR was incorporated into China’s company laws in 2006. CSR considerations were further strengthened when the Shanghai and Shenzhen Stock Exchanges issued guidelines for disclosing CSR performance. The two stock exchanges targeted specific businesses.

While this was a good beginning, only limited number of companies issued such reports for two reasons. First, publication of such reports was not mandatory. Second, there were no penalties for not issuing these reports.

Accordingly, but not surprisingly, there were wide variations in the quality of published CSR reports, as well as the frequencies of their publication. In addition, many of the companies that were targeted for publication of these reports by Shanghai and Shenzhen Stock Exchanges did not produce them. Equally, many companies which were not obliged to produce such reports did so voluntarily.

There were two factors, domestic and international, which influenced companies to prepare ESG reports.

A main domestic factor was President Xi Jinping’s increasing emphasis to build an ecological civilisation with Chinese characteristics. First articulated in 2012, this concept received increasing emphasis in subsequent years. This meant that economic growth rates were still an important national priority but this had to happen without unacceptable social and environmental consequences.

Pan Yue, Vice-Minister of Environmental Protection for 2008-2015, noted that many provincial governments openly protected, and even actively encouraged, their biggest corporate polluters.

A retrospective analysis indicates that those companies whose chief executives were members of the National People’s Congress or delegates to the Political Consultative Conference, and thus had strong political connections at the national level, generally produced reasonably good CSR reports rather promptly.

Increasing requirements of China’s main trading partners on ESG issues also had a profound impact on businesses in China. For example, in 2003, the European Union adopted two legislative directives which had significant impact in Chinese corporations in terms of their ESG performances – especially if they had business dealings within EU. These two directives were on waste electric and electronic equipment (WEEE) and reduction of hazardous substances (RoHS).

These directives mandated that any enterprise having commerce in, or export to, EU countries must meet these two regulatory requirements. They also required that supply chain activities in China must also comply with these two directives. The net result has been that Chinese suppliers are meeting the ESG requirements of EU, irrespective of whether they were used in EU or non-EU countries.

Another impetus to improve ESG practices has come from Hong Kong. Those mainland corporations that were listed in Hong Kong Stock Exchange (HKSE) were obliged to meet with higher levels of ESG disclosures compared to their counterparts listed in Shanghai or Shenzhen Stock Exchange. In 2018, HKSE’s guidelines for ESG reporting entered its second phase. This has made obligatory for companies to disclose their key ESG performance indicators. A direct result of these stricter ESG requirements of HKSE has been that the sustainability reporting of all mainland companies listed in HKSE are generally of a better quality than those listed in Shanghai and Shenzhen.

The Great Sichuan Earthquake of May 12, 2008, had a profound impact on the CSR landscape in China. This earthquake killed 69,181 people, with 18,498 people listed as missing, and 374,171 people injured. It destroyed more than 15 million homes, leaving 10 million homeless. The total damage was estimated at US$150 billion.

Sichuan suffered another serious earthquake in 2013. Fortunately, damages were much less than the Sichuan earthquake of 2008. In terms of CSR, this event is worth noting since major multinational companies such as Samsung and Apple contributed 60 million yuan (S$11.7 million) and 50 million yuan respectively so that they could be perceived as good corporate citizens. This further cemented the general view that corporations have important roles to play in terms of philanthropy during major national disasters.

Another important factor that has further contributed to strengthening of ESG considerations of the Chinese corporations has been its rapidly growing middle class. They are better educated and more aware of global norms and global developments, compared to the earlier generations. They are demanding better a quality of life, safer products, improved services, and a cleaner and healthier environment. The Chinese public has shown their intense displeasure and frustration with adulterated milk, baby food and medicine, as well as air, water and soil pollution. They are no longer willing to tolerate misdeeds of companies that prioritise profits before people’s social and environmental welfare. They have become vociferous critics of such irresponsible companies in the social media. This has been an important factor in forcing companies to improve their ESG practices. It has been further enforced by recent efforts of the Chinese government to severely punish the errant companies through new laws which impose significantly higher fines, jailing of senior company officials and stricter enforcements.

China has been a relative newcomer in the areas of ESG and CSR reporting compared to many Western countries. The general public is still not much concerned with ESG performances of corporations. This is probably due to the fact that many companies still do not produce sustainability reports of reasonably quality.

This, however, is changing. One latest study indicates that between Jan 1 and Oct 31, 2018, companies released 1,676 CSR reports. This is an 8.5 per cent increase over the corresponding period of 2017. While the number of reports has increased, regrettably the percentage of reports that could be considered “good or above” actually declined. There is not yet as much public interest in CSR reports as in the West.

Another interesting fact is that such reports are mostly issued by listed companies that are state-owned or state-controlled. These companies often give priority to important national political issues such as poverty alleviation, pollution control and climate change. Many of the CSR activities are influenced by political priorities of national and provincial governments. For example, in 2004, a major government priority was planting of billions of trees. Many companies decided that year to focus their CSR activities on tree planting.

It should be noted that the Chinese companies are not forced to follow political priorities – they do it voluntarily. However, it is also a fact that the government in recent years has been encouraging companies to embed social and environment values in corporate activities. This is because companies can promote and shape societal development through enlightened policies, strategic investments and regular dialogue with governments and the general public that would allow them to better understand and appreciate requirements, expectations and aspirations of both government and the public.

The ESG requirements of China’s corporations has already undergone a sea change during the past 10 years. This is almost as dramatic as its economic transformation over the past 35 years, and the changing skylines of its urban centres. Chinese corporate advances in ESG practices are likely to be even more dramatic during the next decade.

This article was published by THE BUSINESS TIMES, January 23, 2020.