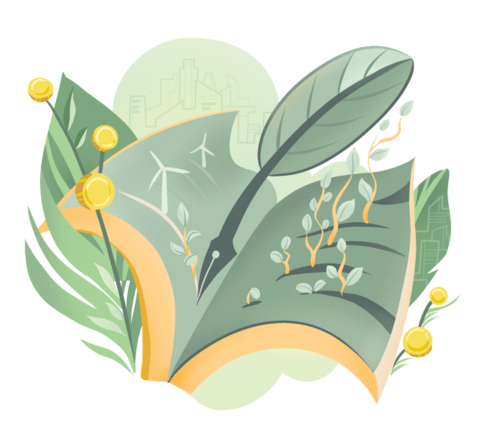 China’s progress and development have been routinely underestimated by most Western scholars and policymakers. Among the attributes that have been underestimated are China’s robustness, the strength and resilience of its economic policy, its political system and industrial strategy, and the speed with which its policies are implemented.

Despite being regular visitors to China since 1980, we too have underestimated some of these qualities. For example, one of the authors (Asit K. Biswas) of this article was invited by the Chinese government to lead an international mission to assess the feasibility of its South-North Water Transfer Project. His host Fang Yi, then Chinese vice-premier, also organized a visit to Shenzhen. Fang suggested that the author buy a house in Shenzhen, then the only place in China where a foreigner could buy a house, saying it would be a very good investment.

The under-construction two-story bungalow near a water body cost $64,000 then. After considerable reflection, the author politely declined the offer, because, unlike what Fang said, no place on Earth had developed into a global city or a city’s population had grown from 35,000 to 5 million within 20 years.

But by 2000, Shenzhen had become a high-tech, logistics and financial hub and its population had increased to some 7 million. And the value of the land on which the said bungalow stood was over $15 million in 2018. It was the worst investment decision of the author’s life because he underestimated China’s capability of implementing its ambitious plans.

Modern China’s development cannot be judged by global experience. It should be analyzed independently and objectively, because China’s decision-making system is effective and timely.

The second time we underestimated China’s implementation potential was on Sept 17, 2013, when the then Ministry of Environmental Protection announced the “Action Plan on Prevention and Control of Air Pollution” in the Beijing-Tianjin-Hebei region and the Yangtze River and Pearl River delta regions. We were skeptical about China meeting the targets, and so were almost all foreign and numerous Chinese experts.

Decades of double-digit economic growth and the rapid emergence of a large middle-income group meant that China’s air pollution had become progressively severe. Not surprisingly, air pollution in all major cities had become a major health and environmental hazard, with smog shrouding most of the cities in North China in the winter.

The 2013 Action Plan’s goal was to significantly reduce air pollution levels by 2017. The target was to reduce particulate matter (PM10) concentrations in the air by 10 percent, compared with the 2012 levels, in urban areas, and the PM2.5 level by 25 percent in the Beijing-Tianjin-Hebei region, 20 percent in the Yangtze River Delta region, and 15 percent in the Pearl River Delta region. The aim was also to reduce PM2.5 concentration in Beijing to below 16 micrograms of gaseous pollutants per cubic meter of ambient air. Needless to say, the action plan has been effective.

In China, once a decision is made at the top level, lower levels assiduously carry it out and ensure the task is completed. Also, the cycle of policy formulation and implementation is generally much shorter than in OECD countries, and policies are made based on pilot results.

As for solar energy, it was first commercialized in the United States. China decided to develop it into a major industry much later. And despite initial investments not producing major breakthroughs, even being disappointing, China stuck to its guns. Today, China accounts for 80 percent of global solar energy production and about 90 percent of polysilicon crystal production.

China has been investing heavily to transform its energy sector, and green hydrogen is likely to become an important source of energy for transition to a net-zero world because, according to experts, hydrogen can fuel most things in the future, from cars to steel mills, without emitting any carbon. China has already gained an advantage in this sector, as it can make electrolysers at a fraction of the cost of the US and European countries.

According to a 2022 Bloomberg report, China’s alkaline electrolysis system costs about $343 per kilowatt, compared with about $1,200 per kW in the West. And since the price per kW is expected to decline by 30-35 percent by 2025, hydrogen could become an attractive source of clean energy. Thus, China is likely to be the dominant global player in the post-2030 world in this sector too.

Many believe industries targeted by China’s five-year plans become national priorities, resulting in a major surge of interest from new and established Chinese companies. This progressively reduces cost per unit and, more often than not, China becomes a dominant player in that sector soon.

That’s why the Western restrictions on the sale of advanced chips to China, despite causing some pain in the short term, could prove a blessing for China in the long run. China has significantly increased its R&D budget to develop advanced chips and the partly State-owned Semiconductor Manufacturing International Corporation, which can already make 7-nanometer chips, is likely to catch up with advanced economies in making 3-nanometer or smaller chips. Not to mention that China already accounts for 15 percent of global chip production — higher than the US.

This shows beggar-thy-neighbor is not a viable policy option for any country, however powerful.

Humankind has a common future. We survive or perish together. As William Shakespeare said centuries ago, “Men at some times are masters of their fates. The fault… is not in our stars but in ourselves, that we are underlings.”

This article was published by CHINA DAILY, October 10, 2022.