The prospect of water scarcity is forcing businesses and households to rethink how they use water, says Prof. Asit K. Biswas, president of the Third World Centre for Water Management. 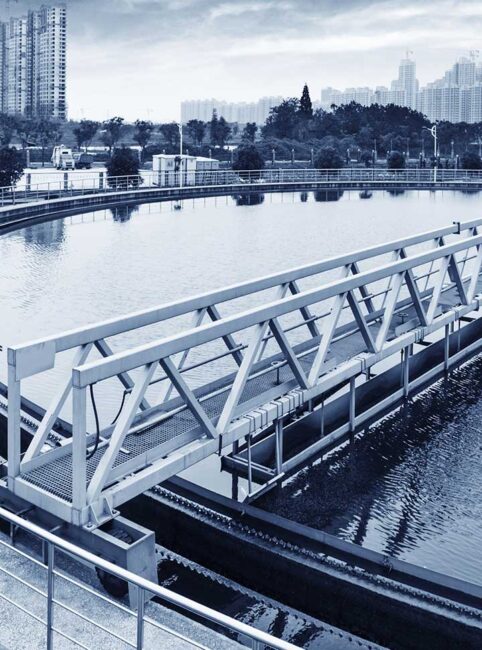 As Nestlé chairman Peter Brabeck was about to celebrate the Swiss food company’s 140 years of existence, he set up a task force to find out the single biggest challenge that could threaten its survival in the next 140.

The answer shocked him and set his professional life on an entirely different trajectory.

His realisation that a steep fall in the world’s water supplies posed a great existential threat – not only to Nestlé but to society as a whole – led Brabeck to step back from his role as leader of a large multinational and embark on a personal crusade to promote water efficiency.

To the casual observer, the corporate titan’s conversion might appear a little extreme. But it comes as no surprise to Professor Asit Biswas, Founder of the Third World Centre for Water Management and an adviser to multi-national corporations, governments, UN agencies and NATO.

“If you look at the media and technical literature, everybody says the world is running short of water. But, as companies like Nestlé realise, a simple back-of-envelope calculation shows we can solve the problem without any difficulty with the knowledge, technologies and funds we already have.” he explains.

A leading authority on water governance for more than five decades, Prof. Biswas has observed a marked shift in many major corporations’ attitudes to water use in recent years.

Increasingly, he says, companies are waking up to the fact that water scarcity has both economic and social implications. The data reinforce his thesis. Figures from Global Water Intelligence and the Financial Times suggests companies spent more than USD 84 billion worldwide in the four years to 2014 to improve the way they access, manage and conserve water. 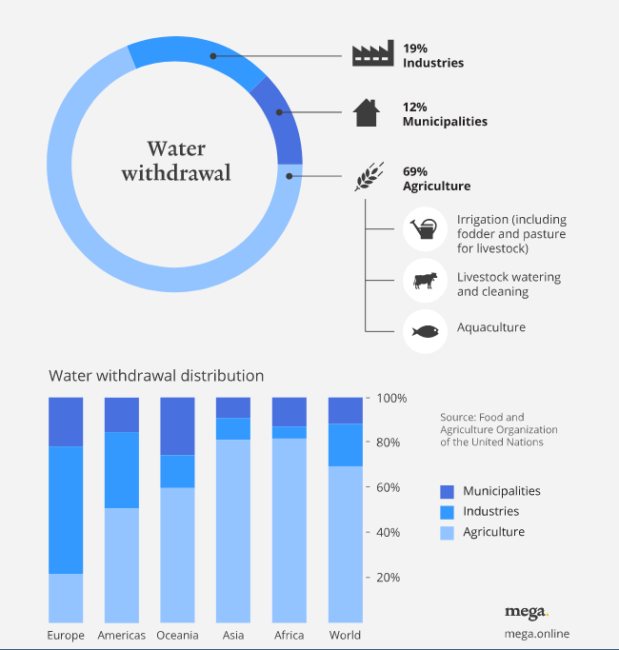 To Prof. Biswas, however, that investment cannot come quickly enough.

The combination of a growing population, a burgeoning middle class and climate change is putting a heavy strain on water supplies. A report by the World Economic Forum highlights that many countries are drawing groundwater faster than it can be replenished: demand will exceed supply by over 40 per cent by 2030 if nothing is done to address the problem. Just as worrying, the report warns, water scarcity could pose a threat to nations’ economic security, raising the prospect of civil strife and conflict.

Still, if others can replicate Nestlé’s water preservation efforts, then there are reasons to be optimistic.

“I take my hat off to them,” Prof. Biswas says. “They have shown that it is possible to institutionalise water efficiency throughout the system.”

Over the past 10 years, the company has incorporated practices and invested in new technology to achieve a 40 per cent reduction in water use per ton of product in 2015 from 2005 levels – a target it has met.

In 2014, it built two ‘zero-water’ plants in the water-stressed states of Jalisco in Mexico and Moga in India. In these locations, equipment collects the vapour generated while condensing cow’s milk. It is then treated and reused for cooling and cleaning, saving around 1.6 million litres of water a day in its Jalisco plant alone. Work is already underway to extend this technology to a Nestlé milk factory in Modesto, California.

In 2007, the company set out a target for 2020 to offset all the water it uses in production by conserving or recycling the same amount elsewhere. It is currently on track to achieve this goal five years early and it replenished 94 per cent of the 305 billion litres of water used in beverages in 2014. The company has spent about USD1 billion developing wastewater treatment plants around the world to date. 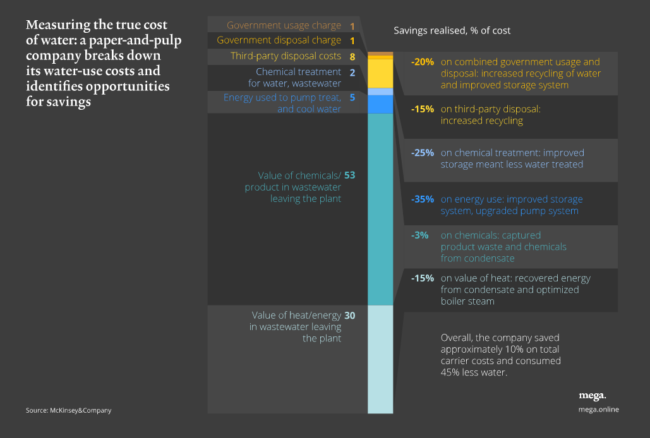 But Prof. Biswas sees a broader role for corporations in the battle to secure our water supplies. In his view, if companies give water the respect it deserves, then one day so too will governments and households.

“My only wish is that firms like Nestlé would share the advances they have made more widely. If governments and consumers could see what the sustainability champions are doing, others would follow in their footsteps.”

One of the main problems with water is that, worldwide, it is priced at a cost that barely covers operations and maintenance.

Rectifying this anomaly faces stiff resistance, most of all because 70 per cent of water is used for agriculture. It is generally provided free to the farmers. “Nearly all countries subsidise water because this has been the historical pattern. Many activists and non-government organisations (NGOs) say water is a human right and therefore it should be provided for free. But access to food is also a human right yet nobody in their right mind says food should be provided for free,” says Prof. Biswas.

The price of water is set so low that it encourages us to use more than we need, and means there is little revenue generated to invest in infrastructure.

Proper pricing would be the most effective tool to help reduce wasteful consumption of water, but we must also tackle the emotional attachment to water that leads us to treat it differently from any other resource, he explains. 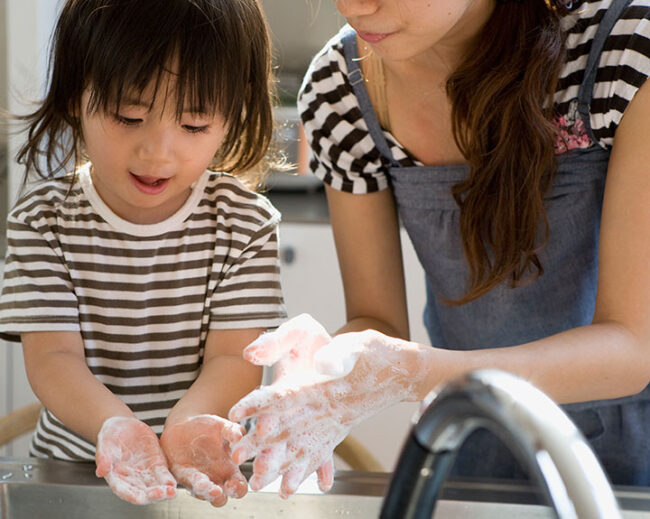 Education is certainly key when it comes to reducing water consumption at home. And the first step is to understand why consumers need so much of it in the first place. Water consumption per capita varies enormously by country. For example in Hamburg, residents use about 112 litres each a day; in Qatar, where water is scarce, the figure is more than 10 times that amount.

Better technology can of course help reduce waste, yet it is no panacea. Water companies would be much better equipped to tackle the problem, Prof. Biswas maintains, if they embraced the principles of behavioural science.

“The whole profession is dominated by engineers. Very few behavioural economists and sociologists have looked at the question of water. Yet with the amount of data that we are able to collect and analyse today, we have the opportunity of changing perceptions and wasteful behaviour based on facts.”

Still, a few cities have already shown the power of education and incentives to modify consumer behaviour. Zaragoza in Northern Spain, faced with water shortages and forest fires, began an experiment in 1997 to reduce water consumption. It set its 700,000 residents the challenge of collectively saving 1billion litres of water annually, a goal which was surpassed in the first year.

At the same time, the municipality put in place a number of incentives, such as discounts on future water bills based on savings realised and reduced-price water-saving options for products ranging from sinks to toilets.

As a result, per capita use of water dropped from 150 litres to 99 litres per day between 1997 and 2012. The Zaragoza team is now working with teams across Spain to develop similar measures.

Water agencies in drought-plagued California have also put their thinking caps on. In 1976, residents of San Francisco where challenged to find out how little water they could use and radio ads urged the population to “shower with a friend”. This year, amid severe shortage again, the “Take five” initiative encourages citizens to shower during a five-minute song, cutting the average shower time of 11 minutes right down.

Even the smallest measures can make a big difference, says Prof. Biswas. For instance, he says, who could have predicted that carrier bag use in the UK would have fallen almost 80 per cent since the introduction of a 5 pence charge in October 2015.

But efforts by businesses and households will amount to little unless governments help deploy solutions on a bigger scale. Most important of all, Prof. Biswas explains, policy should be adapted to reflect the true value of water, and allow the generation of adequate revenue so that water agencies become financially viable. At present, only a select few cities in the world have a financial model that is sustainable over the long term.

“The price of water has to go up. There is no other choice,” he says.