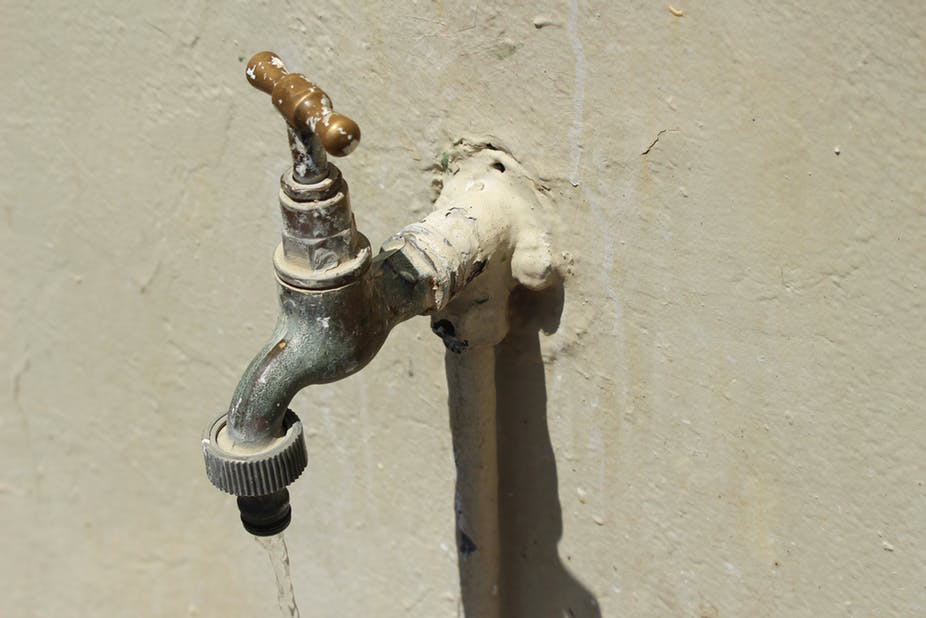 Globally consumers are increasingly taking charge of their own drinking water supply. Shutterstock

A number of widely publicised events about unreliable water services in countries have added to this mistrust. Seventeen years ago Walkerton in Canada had the country’s worst e.coli contamination of domestic water supply. It resulted in seven deaths and 2300 illnesses. In 2014, Flint, Michigan, USA, changed its source of water supply to Flint River. This corrosive source dangerously increased lead contamination of domestic water which severely affected people’s health, especially children.

Many other incidents, in cities ranging from Sydney in Australia to Hong Kong, have made people increasingly sceptical of the quality of water they get at home.

To be on the safe side, consumers all over the world are increasingly taking charge of their own drinking water supply. Installations of expensive water treatment systems are exploding in the developed world, as is consumption of bottled water. In cities like Tokyo, Berlin, London and New York, fewer and fewer people are drinking water from the tap.

The trend in developing countries has taken a different route. Households, from Delhi to Dakar, have become mini-utilities. Even if water only comes on for a few hours every day, residents have found ways to deliver 24-hour supply by collecting it in underground tanks, pumping it into overhead tanks and then distributing it. Households have also installed their own treatment systems for clean drinking water.

After decades of work on urban water and waste water management in some 40 countries, we have concluded that there is no reason why urban centres of 200 000 or more people cannot have access to clean water that can be drunk straight from the tap without any health concerns. We already have the technology and funds to make this possible. So what’s missing?

Very often the view is that technological developments will solve water problems. But policies are just as critical, as are “softer” aspects such as management, governance and institutions. Unless these get adequate attention, neither technology nor additional investment funds are likely to resolve the world’s clean water drinking problems.

A decade ago we predicted that unless management practices improved very significantly at least one city in Africa would face unprecedented water crisis within 20 years. Our prediction was accurate. Unless politicians in African cities improve water management as a priority, our studies indicate there will be at least 15 other cities which will face severe water problems by 2035.

The trend is progressively towards less water use. This reduction has been made possible through different policy approaches. This includes pricing water appropriately as well as incentives for using less water, particularly in times of drought.

But what assumptions should be made about consumption when designing policies? How much water a person needs to survive is tricky, partly because it differs dramatically depending on the country and on whether the person is living in a city or a rural area.

Only one multi-year study has been done on this issue. It was in the 1960s in Singapore. It concluded that a person needs 75 litres to lead a healthy and productive life. In Singapore, per capita water use in 2017 was 143 litres, nearly double this amount. In contrast, in the US, it varies from 300–380 litres. In South Africa, it is around 235 litres.

There is good reason to believe people can lead a healthy and productive life with 75 litres to 85 litres of water per day. For example, water consumption in Czech Republic is now 88 litres per capita per day. In several West European cities like Leipzig, Malaga, Tallinn, Barcelona and Zaragoza, average water use is 95 litres per capita per day or less. Denmark now has an average water use of 104 litres.

And it’s possible to shift behaviour patterns as both Cape Town has showed recently and as was the case in the 2014–2015 drought in Sao Paulo.

Thanks to water pricing, initiatives for using less water, fines for excessive use and very effective public awareness campaigns, Sao Paulo reduced its per capital daily water use from 145 to 120 litres. Since Sao Paulo Metropolitan Area has around 22 million people, these policies saved 550 million litres of drinking water every day. Since 80-85% of domestic water used becomes waste water, this means some 470 million litres waste water will not be produced, and thus will not have to be treated.

Technological developments will undoubtedly help to solve the world’s urban water problems. But there is increasing evidence that if the aim is to provide everyone with access to clean water, then increasing focus must be placed on governance, institutional issues and policies.

Urban water problems of the world are solvable. Knowledge, technology and funds to solve them have been around for at least a decade. But lack of sustained political will has been the most important missing link critical factor to improve urban water governance in nearly all cities of the world. Sadly there aren’t many signs that this may change any time soon.

This article was first published by THE CONVERSATION, July 18, 2018.