What Asian Tigers may be making of Budget 2015 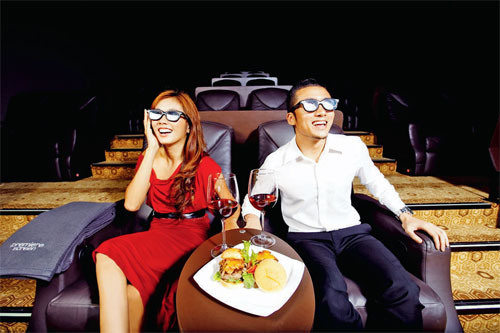 Now that the din of the Budget is subsiding, it’s time to evaluate it through the lens of how our neighbouring countries — from China to South Korea to Indonesia — might look at it in the light of their own achievements in the face of similar diverse demands and complex trade-offs.

First, they would say that the Budget is an exercise of the country’s financial condition, not a concentrated policy statement, so we need not make it an extravagant affair. Public glare means playing to the gallery and posturing taking precedence over prudence.

Cookie Crumbles Second, they would advise that infrastructure investments should bear an almost religious fervour. A startling fact: during 1992-2011, China spent nearly 8.5% of GDP on infrastructure. India spent about 4.7%. The Global Competitive Index of the World Economic Forum for 2014-15 ranks India 90th out of 144 countries in quality of infrastructure. Singapore ranks fifth, Malaysia 20th, Taiwan 24th, Sri Lanka 37th, China 64th and Thailand 76th. Infrastructure is not an indulgence, it is an imperative. There is a tendency to accept such lags as a given. This need not be so.

In 1980, India had more roads, power and telecom density than China. A decade later, China overtook India. The gulf has been progressively widening. In 1980, China was just starting it’s glorious-to-be-rich Deng era and infrastructure investments grew exponentially, from 2.5% of GDP to 8.5% today.

Critics rightfully point to ‘roads to nowhere’, but over-engineering was a conscious decision. Today, Mumbai versus Shanghai may not be the best comparison. Make a trip to rural India and rural China and there lies the real contrast.

The third mantra that the Tiger economies might offer is job-creation.

Rapid urbanisation will move people from rural to urban areas. Today, half the jobs are in the agricultural sector contributing 15% of GDP. In the next 40 years, almost 500 million people will move to urban sector in India.

Indonesia, Malaysia and China have seen the same surge in the 1980s and 1990s, and have made deliberate attempts via tax incentives for investment, provision of low-cost capital and hard-headed management of the public sector.

India’s workforce is currently 500 million and increasing by 12 million annually. Most are unskilled or semiskilled. Ensuring current and future workers will have productive employment required more attention.

The Vietnamese would advise that this is not a ‘beyond the horizon’ problem. It is a potential time bomb, and that all government initiatives need to address this more deliberately. Fourth, they would insist that we do intellectually honest and conservative budgeting. Savvy Asian administrators are aware that Budgets normally overestimate revenues.

This may be due to political pressure to paint a rosy scenario and also poor forecasting techniques. As a result, long-term investments get delayed further because revenue-side expenditures are more sticky. Asian Tigers would confess they are not immune to populism vis-à-vis government spending. However, it is managed efficiently.

Expenditure is not a gravy train for middlemen and is not directed towards interest groups that make the loudest noise. The focus is on efficiency and maximum welfare. They would likely endorse the move to market-based pricing for fuels and fertiliser, etc, and an effective JAM — Jan Dhan Yojana, Aadhaar and Mobile — trinity.

The Malaysians might tell us that our disinvestment target of Rs 70,000 crore may be ambitious, as such numbers have not been achieved before here. The South Koreans might quiz us that our 19% forecasted increase in excise does not easily correlate to our own GDP growth forecast.

Data collated by PRS Legislative research shows that just last year, tax revenues were lower than forecasted by Rs 28,000 crore. Result: capital expenditure got deferred and cut back by 15%, while revenue-account expenditure was only cut by 5%. ‘Spending’ won over ‘investment’.

Looking forward, while there are announcements to cut fiscal deficit to 3% of GDP, a deep dive shows that revenue deficit would be cut from 2.9% of GDP to 2.8%, which again means that deficit pruning will lead to a direct cut in long-term investments. This is more Latin American than Southeast Asian behaviour.

Finally, the Asian Tigers would tell us that we have a good thing going. In a world of uncertainty, India stands out as a stable economic and political entity. Some, like Brazil, are bogged down by the commodity cycle. Some, like Venezuela, by unprecedented bad governance. Still others, like China, by over-investment.

We have to make the most of it. We will do good to emulate our Asian peers and be driven by empirical rather than ideological passion. ‘What works’ should be given precedence over What should be.