Discussions and formats at Water Leaders’ Summit have been consistently pedestrian. 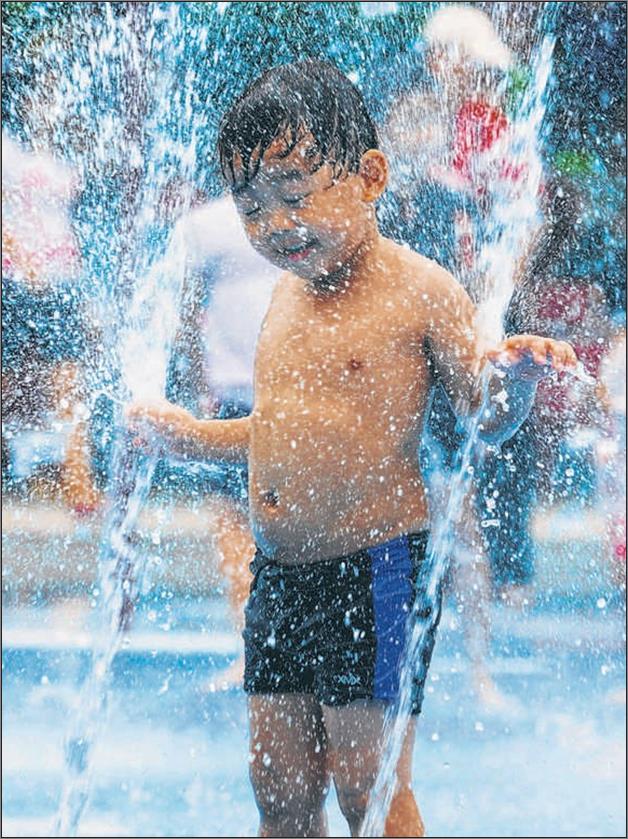 Thirst for more: Both SIWW and World Water Forums have finally realised that most ministerial discussions are like good quality water: colourless, tasteless and odourless! PHOTO: AFP

I was a member of the Scientific Programme Committee of the Stockholm Water Symposium from the very inception of the idea in 1990 to 2006, when I decided to resign.

When the Stockholm Water Symposium was initiated, the objective was to make it a cutting edge scientific meeting. However, by early 2000, it had become more of a platform for international organisations for networking and showing their “wares”, rather than discussing new and innovative ideas, management and technological breakthroughs and the latest implemented solutions from different parts of the world.

Thus, in March 2003, during a breakfast with the then chief executive of Public Utilities Board (PUB) of Singapore and his senior staff members, in Mexico City, I suggested that Singapore should consider becoming a global knowledge and technology hub for water. Such a knowledge and technology hub simply did not exist anywhere in the world. In 2006, PUB invited me to give a public lecture in Singapore, which was held in the Lee Kuan Yew School of Public Policy. During the last part of this lecture, I re-emphasised the need for such a global water hub in Singapore, including Singapore International Water Week (SIWW); the need for a worldclass Institute of Water Policy, which again did not exist anywhere in Asia, and the importance of doing a serious study on how Singapore transformed its water utility from an average third world institution in 1965 to be one of the best in the world in only three decades. The latter resulted in the publication of the book The Singapore Water Story by Cecilia Tortajada, Yugal K Joshi and myself in 2013.

My view was that by establishing such a hub, SIWW and Institute of Water Policy, Singapore would not only make significant contributions to improve water management practices globally, but also these events would bring major economic benefits to the city-state over the long run.

I was also convinced that PUB is an incredibly efficient water institution, and one of its main strengths is excellent long-term planning and implementation. Accordingly, if any city could become a water hub of the world, Singapore had the potential to achieve this status, and PUB should play the most important role to make it a reality.

In addition, there was no international meeting focused on the business of water. By early 2000, I was convinced that the water business globally was going to explode, which has proven to be the case. Thus, the SIWW, the third arm of my proposal, could focus on water business and discuss “solutions” to the current and future water problems of the world. This would further cement Singapore’s reputation as an important global water hub.

Singapore launched its International Water Week in 2008. Meticulously planned, the event became a total success on the business of water, certainly much more than most of its strongest supporters had initially expected. For example, in 2008, the total value of announced projects and investments during the first SIWW was S$380 million. By the last SIWW in 2012, this amount had ballooned to S$13.6 billion. By any criterion, this was truly a remarkable achievement. As one of the Asian ministers whom I advise told me in 2012: “Where else can you find all the information you want, say on membranes, in one place, in one day, from all the best manufacturers of the world?”

While there is no question that the business aspect of the event, including all the regional business forums, has become an outstanding success, commensurate progress still has to be made to bring “solutions” to the world’s water problems and on finding a format that truly works for the “Water Leaders’ Summit”. The summit discussions and formats have been consistently pedestrian and SOS (“same old stuff”). This needs to be improved. Of course, it’s not only SIWW that suffers from the SOS syndrome, but most other global conferences as well. Many claim that they discuss “cutting edge” solutions, but they are really as cutting edge as a shovel!

Equally, unlike the Stockholm Water Prize, which is now considered to be the equivalent of a Nobel Prize in water, the Lee Kuan Yew Water Prize has not been able to establish itself as a premier global water prize on water issues. With one exception, it has been awarded to wastewater. Not surprisingly, the Prize has attracted very little global attention outside Singapore.

Fortunately, there are signs that SIWW is changing. In 2012, rightly in my view, it was decided that this event would be held every two years, rather than annually. Equally, both SIWW and World Water Forums have finally realized that most ministerial discussions are like good quality water: colourless, tasteless and odourless!

If the Water Leaders’ Summits are to be successful, speakers must be selected because they have something important to say and can make their case persuasively. They must not be selected only because of their high political or business positions. They must provide some new information that is mostly unknown to the participants. SOS-type of discussions have no place in so-called summits of true water leaders. The summit must also have competent moderators who can bring out the best from the speakers and the participants, which has not mostly happened. It must be a summit that produces dialogues and not monologues.

Let us hope that the 2014 SIWW will break new ground after a two-year period of reflection, especially by making the Water Summit more productive and relevant, bringing real “solutions” to the attention of the participants and to the rest of the world. If the Lee Kuan Yew Water Prize is given to eminent contributors for solving world water problems and not primarily for wastewater, it has the potential to be one of the premier water prizes of the world. With these changes, I am convinced that SIWW can establish itself as one of the premier water events of the world which others would like to emulate.

The writer is a distinguished visiting professor at the Lee Kuan Yew School of Public Policy, and co-founder of the Third World Centre for Water Management. He received the Stockholm Water Prize in 2006 for ‘adding new dimensions’ to the use and management of global water resources.