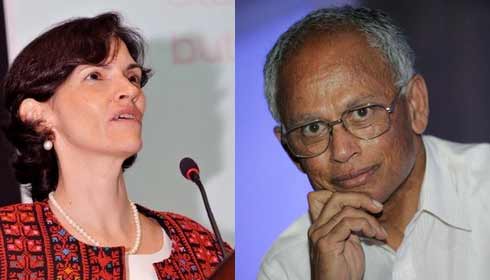 The biggest global water event, World Water Forum, was held in Korea last week. It attracted over 6,000 participants from numerous countries of the world.

The focus of the forum was “Water for Our Future.” Predicting the future is a complex and almost impossible task for any sector or field of endeavor. The water sector is especially complex. Not surprisingly, there was very little discussion about the future, except in about two sessions.

Water is a cross-cutting global issue. It is needed for all human activities directly or indirectly. Many unknown and unpredictable developments will occur in seemingly other non-water-related fields, which will have implications on the water sector. This includes, inter alia, development in diverse areas like size and structure of population, national and global economic and industrial growth rates, people’s expectations of higher standards of living and aspirations for a better quality of life. Additionally, how quickly water use and management practices change, speed of new breakthroughs in science, technology and management practices and the rates at which they could be adopted, advances in communication and information technologies, extent of sustained political interest and will and also public desire for better water services, and how widespread and intense future water crises may be, which could have serious impacts on its availability and use.

At first glance, one may be tempted to ask, what does the middle class have to do with water? This exploding class will affect water use and management practices in numerous ways. People in this class are better educated and they expect a continually increasing standard of living as well as improved quality of life.

Two of the salient developments of this exploding middle class is better quality of food and increasing use of energy for daily activities. At present, nearly 70 percent of the global water use is for food and agriculture sectors. As the standards of living for billions of people improve all over the world, people will move to an increasingly more protein-based diet, which would need significantly more water to produce.

Equally, as people become richer, their lifestyle improves and their energy needs go up significantly. Middle-class people aspire to have cars. Water is needed to produce all components, starting from steel to ever-increasing electronic components in the cars. For manufacturing of electronic components, water quality has to be even better than what is required for drinking.

Cars also need oil to run. Oil cannot be extracted without pumping water into the oil fields. For good oil fields, the production of each barrel of oil needs around eight barrels of water. For mature oil fields, this ratio could become as high as 1:16.

In addition, people’s consumption of electricity goes up as they steadily climb up the economic ladder. Nearly one-third of the Indian population of 1.3 billion do not currently have access to electricity. In order to improve these situations, more and more electricity will have to be generated, which simply cannot be done without water. In countries like the U.S., France and the U.K., the largest user of water now is the thermonuclear generation sector. Globally, this is now the fastest-growing sector for water usage. Thus, the growing middle class will need energy and more water to produce that energy.

In the coming 1-2 decades, efficiencies of water use have to increase for all sectors very significantly. Since water prices are universally low, and often are free or highly subsidized, people, agriculture and industry use it profligately. This trend has to be reversed.

Take domestic water use. An efficient city like Hamburg now uses 110 liters per capita per day. In contrast, in a city like Doha, which is in a desert and uses desalinated water, an average Qatari national, who receives water for free, uses 1,200 lpcd, which is around 11 times more than an average Hamburg resident. This is after around 35 percent is accounted for losses from the water supply system. The expatriates in Qatar, who pay about one-third of operation and maintenance costs, use one-sixth of this amount. Thus, price has significant impacts on water use.

As usual, there was considerable hand-wringing in Korea over how the world is running out of water, including from the Hungarian President.

The fact is, as every school child knows, water is not like oil, which, once used, cannot be used again. Water is a renewable resource, which means it can be used, then treated properly and then reused again and again. It is estimated that every drop of the Colorado River is used seven times. With good management, there is no reason as to why this cannot go up to 30 or even more.

The U.N. claims that only 840 million people do not have access to clean water. This is at best “cooking” the statistics, at worst a lie. For example, in entire South Asia, including India, there is not a city, town or village where people have access to safe water without any fear of health hazards. There are at least 3.5 billion people in the world who do not have access to clean water. Yet, there are absolutely no financial, technical and management reasons as to why any city of 200,000 or more inhabitants cannot have a system where water can be provided 24 hours each day and safely be drunk from the tap. They can have a viable financial model, where both rich and poor people will pay for water they consume, with only targeted subsidies for the poor. We have had the knowledge, resources and experience for at least two decades to do so, but sadly, political will and public anger over miserable water supply systems are conspicuous by their absence.

Take Phnom Penh. In 1993, the Phnom Penh Water Supply Authority was literally bankrupt. Households were lucky to receive water even for one hour each day. A decade later, through good management, the city started to provide clean water, which can be safely drunk from the tap. Its inhabitants, both rich and poor, pay for the water they consume. The profits of this public sector company have increased each year. Many of its performance indicators are now better than London or Los Angeles. The question that must be asked is if Phnom Penh can do it, why not Delhi, Dhaka or Jakarta, which are all better off than Phnom Penh?

While nearly all governments and most international organizations have consistently practiced or promoted poor water management practices, we are seeing some major multinational companies improving their water management practices very remarkably. Take Nestle. In 2006, during its 140th anniversary, Nestle realized that if it is to survive for another 140 years, the most important resource to look after is water.

The results of this existential realization have been spectacular. Over the past 10 years, Nestle has reduced its water requirements per dollar of sale by over 65 percent. This year, strange as it may seem, two Nestle factories, in India and Mexico, will become for the first time in history water positive; that is, they will return more water to the environment than they will be withdrawing.

The examples of Phnom Penh and Nestle show that given good management and a strong political will, the world’s water problems can be solved with available technology, management practices and finances. With good management, there is every reason to be cautiously optimistic over the world water future.

Asit K. Biswas is a distinguished visiting professor at Lee Kuan Yew School of Public Policy, and Cecilia Tortajada is a senior research fellow in the same school. Both are cofounders of the Third World Centre for Water Management in Mexico.