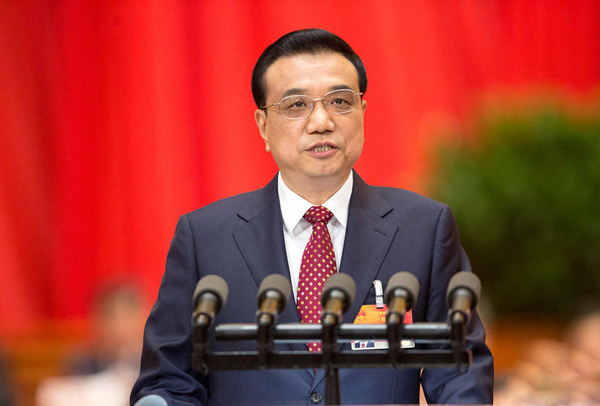 In this year’s Government Work Report, Premier Li Keqiang has repeatedly stressed the importance of innovation. So, is there a proven approach to developing innovative capacity in an open economy?

So, is there a proven approach to developing innovative capacity in an open economy? Elements of innovation strategy are measured and compared yearly by the Global Innovation Index, the self-declared “leading reference” for innovation indices. A collaborative effort by Cornell University, INSEAD and the UN’s World Intellectual Property Organization, the GII takes a broad view of innovation, measuring seven analytical pillars covering capabilities (inputs) and results (outputs).

The 2014 edition of the GII, the seventh in the series, validates Premier Li’s strategy by assessing, among others, innovation capacity through institutional conditions, infrastructure and market sophistication. At 29, China is the highest ranked upper-middle-income country. Indeed, this is a remarkable achievement considering the historical head start enjoyed by many Western countries. The accompanying GII report emphasizes that China has outperformed other BRICS countries in the rankings, and predicts a continued rise.

The report cites China’s university and research system development as factors for its rise.

A closer examination reveals that China’s 45th rank in innovation “input” pillars (including infrastructure and research) is only the fourth-best among upper-middle-income countries – behind Malaysia, Hungary and Mauritius. Conversely, China ranks 16th in innovation “output” pillars, which measure production of knowledge, technology and creativity. The latter is an improvement of nine places from the previous year and the highest among upper-middle-income countries. This difference implies that China is “doing more with less” compared with other countries.

While only recently reflected in this rankings surge, China’s success is actually the result of decades of investment in research and development, which, according to the GII report, China has made at triple the rate of countries with similar income levels since the 1990s.

Nevertheless, China still has room for improvement on key sub-indices. Among the 143 countries surveyed in the GII, China under-performs in several dimensions, including ease of starting a business (122), tertiary education (115) and knowledge-intensive employment (101). It also ranks 114 in the overall institutions subindex, which constitutes measurements of political, regulatory and business environments. And its rankings in other key innovation-related factors are moderate, including number of researchers (50), intangible assets (50) and creative goods and services (33).

Are Li’s mechanisms and ecosystems enough to maintain progress and remedy the deficiencies? Innovation zones are increasingly targeted by reformed financing and tax incentives. Together with values such as openness and modernization, innovation is also being proposed as a tool to revitalize stagnant industries and regions. But the lure of visibility compels leaders to focus on immediate returns. Modern office parks, headline grabbing tax reforms and collaborations with high-profile partners cultivate the impression that China’s commitment to innovation is genuine and ambitious. However, the process of making Li’s ecosystems a reality is slower and less glamorous work.

At the dawn of the computer age, the title of Silicon Valley was up for grabs. In the United States, both Boston and the San Francisco area had the right advantages, including a highly educated population and the presence of world-class universities. But it was the San Francisco area that snagged the coveted status away from Boston. The reasons may be instructive for China in its pursuit of an innovative ecosystem.

According to technology scholar Anna Lee Saxenian, institutional differences were the primary factor. Boston was imprisoned by a legacy corporate culture whose unyielding hierarchy stifled the freewheeling experimentation necessary for innovative breakthroughs. In contrast, the social-professional networks and culture of open collaboration in the San Francisco area generated a welcoming atmosphere for innovation.

Author Richard Florida later argued that the three critical factors generating growth of high-technology regions are talent, technology, and tolerance. The first is arguably a function of educational investment, the second of infrastructure and the third of culture. Effective in all three factors, California’s Silicon Valley quickly established a pre-eminent position in the world’s most dynamic and profitable industry.

The substance behind Li’s “mechanisms and ecosystems”—more than their visibility and fanfare—will determine China’s innovative performance. One critical lesson, however, is evident from historical experience.

Developing that famously elusive environment necessary for innovation involves more than bricks, mortar and tax incentives. But without an environment of collaboration and openness, innovation progress may ultimately revert to the pace of the tortoise.