The politics of transboundary rivers

“If countries sharing transboundary rivers in the region can collaborate, they can reap huge benefits from the water, energy, food and environmental security viewpoints.”

Proper management should result in win-win for nations. 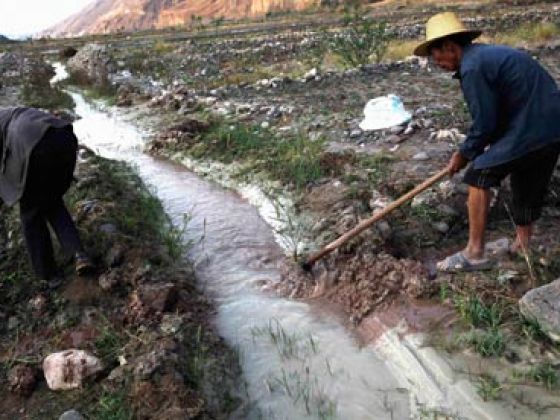 It was Mark Twain who said: “Whisky is for drinking and water is for fighting over.” The adage behind this view is not difficult to understand.

One cannot do very much with whisky, except to drink it. In contrast, water is an essential requirement for human and ecosystem survival. Thus, water shortages, at least in arid regions where its ready availability is a serious issue, may result in major conflicts among people whose survival and economic development depend on this resource.

Conflicts over water could play out in transboundary rivers that flow through two or more countries. Currently, nearly 47 per cent of the world (excluding Antarctica) falls within transboundary basins.

To prevent conflicts, many nations have negotiated mutually acceptable agreements with co-basin countries on how the water of the rivers can be divided. A good example in Asia is the Indus Water Treaty between India and Pakistan.

However, the focus of such agreements has seldom been on how to improve the efficiency of water use but, rather, on how to get a higher allocation of river flow. This invariably becomes a zero-sum game and a potentially contentious issue.

THE MEKONG EXAMPLE
The Mekong is an example of poor management of a transboundary river. The 12th-longest river in the world and the seventh in Asia, it is a main navigation and trade route for the six countries through which it flows: China, Myanmar, Laos, Thailand, Cambodia and Vietnam.

However, poor collaboration among these nations on how to manage the river has resulted in its sharp deterioration. As the Mekong River Commission has acknowledged, the fast pace of development in the hydropower and agricultural sectors is putting additional pressure on the ecological health, water quantity and quality, as well as livelihoods of millions of people. The present economic and social needs of all six countries of the basin have led to massive infrastructural developments along the river and its main tributaries. If well planned, the developments would be positive for the nations, but the contrary would have great economic, social and environmental impact.

Despite institutional arrangements, such as the Mekong River Commission that aims to achieve sustainable development and management of the Mekong, collaboration between the four member countries (Cambodia, Laos, Thailand and Vietnam) and dialogue partners (China and Myanmar) has been poor and points towards a missed opportunity.

The commission has a very restricted role — it has the authority to carry out specific studies and collect data, but not to implement projects. Project formulation and implementation decisions remain with the countries concerned within the basin.

It may be time to revisit the institutional model adopted by the Mekong countries for one that is more appropriate. This would result in much better management and development of water and related resources, and contribute further to progress of the nations and a better quality of life for the millions of people in the basin countries.

If the Mekong region prospers economically, Singapore would benefit due to increased trade.

NOT ZERO SUM
Another missed opportunity for development due to lack of cooperation can be seen in the transboundary rivers shared between Nepal and India. Opportunities have existed for decades for collaborative efforts in hydropower generation, agricultural development, flood control and drought management.

Sadly, nothing significant has happened due to historically poor relations between the two nations, continuing mistrust and, to a certain extent, a “big brother-small brother” mentality.

Water is one of the few resources that can help the poor in Nepal and the adjacent Indian states lift themselves out of poverty. Hydropower, for instance, has the potential to be Nepal’s most important export.

If Nepal can develop the hydropower potential of its transboundary rivers, its social, economic and political conditions can improve dramatically within a decade. It can sell its excess electricity to its energy-hungry neighbor India and can even export electricity to Bangladesh and Pakistan by negotiating electric-transmission corridors through India.

If countries sharing transboundary rivers in the region can collaborate, they can reap huge benefits from the water, energy, food and environmental security viewpoints, as well as in trade and transport. Hundreds of millions of people living in the 53 transboundary basins in Asia would improve their standard of living and quality of life.

This message has, sadly, not reached the policymakers or general public. Admittedly, formulation and implementation of a development agenda that is sociopolitically acceptable to the concerned co-basin nations may take time due to existing bilateral political tensions and historical misunderstandings. However, the benefits of inter-country cooperation are undoubtedly immense. In the longer term, countries will have no choice but to work together.

Proper management should result in a substantial win-win for all. Contrary to popular belief, management of transboundary rivers is not a zerosum game.