The maths of climate change 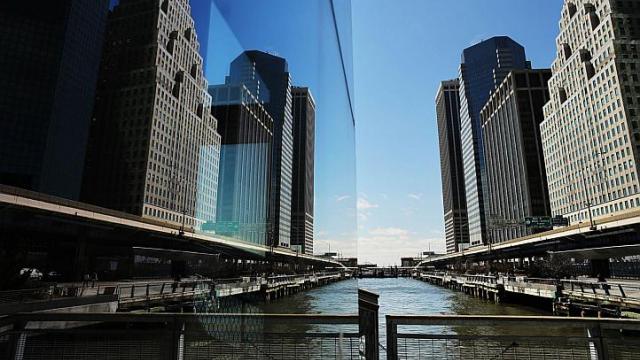 Buildings are viewed from South Street Seaport, an area of lower Manhattan that was severely flooded during Hurricane Sandy on March 31, 2014 in New York City. PHOTO: AFP

The latest report of the Intergovernmental Panel on Climate Change (IPCC) has warned that extreme climatic events are likely to be more frequent in the future. Any reasonably well-informed person must have noted the increasing frequency of extreme climatic events like prolonged droughts, heavy rainfalls and intense floods, and hotter and longer heatwaves all over the world in recent years.

Officials from the World Meteorological Organization (WMO), which monitors global weather, have pointed out that during the first two months of 2014 alone, the world has witnessed unusual extreme events simultaneously in many parts of the world, resulting in disruptions to transport, food production and electricity distribution.

Impact on crops and livestock
Let us consider only the post-2010 period in terms of extreme weather events.

Beginning in 1995, Australia experienced drought that was officially declared over in 2012. The year 2013, however, was the hottest year ever recorded. The drought is back again with vengeance in parts of Queensland which is home to country estimated 27 million cattle. The government recently announced A$320 million support programme for the farmers. Cloncurry, a town of 3,000 people in Queensland, is considering evacuating every person because it has not rained for two years.

In Canada and the United States, polar vortex brought record cold temperatures. Texas received snow and also had a record dry spell in 2011. In 2012, much of the Midwest witnessed the worst drought since the Dust Bowl years of the 1930s. Cattle herds had to be reduced, a move that drove beef prices to record levels in the US which is the world’s beef producer.

According to the US Department of Agriculture, cattle herd was the lowest since 1952 because of the drought. In Texas alone, the 2011 drought resulted in US$7.62 billion losses, including US$3.23 billion in livestock. For the current drought, California has approved US$647 million for drought amelioration measures, and President Barack Obama has pledged US$183 million in federal funds.

Superstorm Sandy hit north-eastern US in October 2012. According to the National Hurricane Centre, it resulted in 159 deaths, and caused an estimated damage of US$50 billion, second only to Hurricane Katrina which resulted in losses totalling US$108 billion in 2005.

Both Argentina and Brazil are experiencing records heat and drought. The drought in Brazil, the world’s biggest coffee producer, has contributed to a sharp spike in coffee prices to over US$2 per pound. It will also significantly reduce soybean production.

The severe drought is also threatening Sao Paolo’s water supply. The Cantareira water system, which provides water to some 10 million people, is under severe stress. The continuing drought during January, traditionally the height of the rainy season, has seriously affected water availability.

Mexico has also been suffering. For the first time since 1958, two hurricanes made landfall almost simultaneously on September 15, 2013, affecting nearly 250,000 people. They were Hurricane Manuel from the Pacific and Hurricane Ingrid from the Atlantic.

Europe has not been spared either. Britain has just had the wettest winter in 250 years, resulting in serious floods in many parts of the country that are unprecedented in living memory. More than 140 towns in Russia suffered the heavy flooding in 2013, worst seen in 120 years. Britain, Finland, Hungary and Portugal recorded heat waves in 2013. Austria, Belarus, Czech Republic, south and east Germany, Hungary, Poland, Serbia and Switzerland have also experienced heavy flooding.

Asia is not spared
Meanwhile, many parts of China experienced the coldest winter in 2010 for at least 50 years. In 2013, Shanghai had the hottest summer in 140 years.

South-east Asia has fared no better. Typhoon Haiyan, the deadliest in Philippine history, made landfall on November 8, 2013, killing at least 6,200 people and affected some 11 million people. Parts of Indonesia are suffering from severe floods, affecting coffee production, and other parts are facing droughts. The dry conditions have exacerbated slash-and-burn agriculture and forest fires which have contributed to haze across the region.

Some 15 provinces of Thailand are now officially under drought, and thus eligible for emergency funding. Some 3.6 million people in Kuala Lumpur and Selangor are experiencing water rationing, receiving water only four days a week. 37 out of 58 provinces of Vietnam are under high risks for forest fires due to dry conditions.

Singapore is in a much better position. But even here drought has forced the authorities to consider stricter water conservation measures.

In South Asia—Some one million people in Sindh province of Pakistan are now facing serious drought. In 2013, nearly 20 per cent of the Indian state of Maharashtra, suffered its worst drought in 40 years. In 2012, a drought in India is estimated to have reduced the nation’s gross domestic product (GDP) by 0.5 per cent.

Extreme climatic events are not new. What is unusual, however, is the fact that they have occurred around the world at the same time. This may go some way towards confirming the findings of the IPCC. Its latest report, which was released on March 31, noted that the number, frequency and magnitude of these extreme weather events are likely to increase in the coming years.

Rising economic costs
Munich Re, one of the world’s largest insurance companies, collects data from all disasters. It reported that the number of extreme weather events and earthquakes in 2013 was nearly 40 per cent higher than the average of the last 30 years.

Sadly, it is difficult to explain to our political masters that when climate scientists describe an extreme weather phenomenon as an “one in a 100 years event”, they do not mean that the event occur only once in 100 years. Such events have a once-in-one hundred-year probability of occurrence. This means that such events may occur on an average of 10 times in 1,000 years. It is not impossible for three 100-year floods to occur every year for three consecutive years and then not occur for the next 500 years.

The complexities of climate change science often give a false sense of security both to politicians and the general public. Just ask anyone who has suffered from hurricane Katrina, Sandy or typhoon Haiyan.