The future of world’s water supply 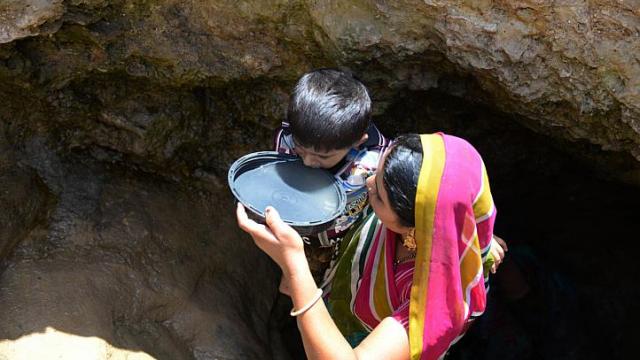 An Indian villager offers drinking water collected from a man-made well to her son in the Sujangadh village of Surendranagar district, some 160 kms from Ahmedabad on June 1, 2014. Two important water events are taking place in Singapore over the next seven days. One is the Singapore International Water Week (SIWW), which begins today, and the other is a meeting at Raffles Institution on June 9. PHOTO: AFP

Two important water events are taking place in Singapore over the next seven days. One is the Singapore International Water Week (SIWW), which begins today, and the other is a meeting at Raffles Institution on June 9.

Part of the SIWW-related events will deal with the future of the world’s water resources beyond 2030.

While experts gather to talk about water at the SIWW, a group of students will be equally engaged in discussions on water- related issues.

More than 200 students between the ages of 16 and 18 years from 25 schools in 15 countries will participate, along with some 35 educators.

For sectors like food, energy, transportation, environment or health, water is absolutely essential. And the future of the world’s water will be ultimately decided by the interaction of all of them.

Therein lies the inherent complexity when it comes to forecasting the future. At present, the consensus view is that the world will face a water crisis in the foreseeable future that no previous generation has had to face. We are convinced, however, that the current global consensus view on the water crisis is wrong.

First, look at the track record of the global forecasts of water requirements in the past 60 years. All these forecasts, without exception, have turned out to be too high. We have no doubt that the current forecasts will be the same.

If governments started charging farmers for just the operation and maintenance cost of the water used in irrigation, the amount required would diminish very substantially. If the investment costs of infrastructure were added, water requirements would probably decline by half.

There is similar room for improvement in urban areas. In most developing countries, some 40 per cent to 60 per cent of the water supply never reaches consumers because of poor operation and maintenance practices.

Even in a developed country like Britain, the largest water utility, Thames Water, currently loses some 25 per cent of its water due to leakages. Yet, in cities like Tokyo, the losses are only 3.7 per cent.

It is not only the utilities that are inefficient. Consumers in many countries have no incentive to practise water conservation.

In contrast, daily water consumption per person in a city like Hamburg is just 104 litres, primarily due to the use of economic instruments like water pricing and innovative tariff structures.

In Singapore, the corresponding figure is 153 litres. Clearly, there is considerable scope to reduce municipal water requirements if proper policy instruments are used.

Fourth, industry is becoming more and more water-efficient. For example, Nestle reduced the water requirements per kilo of the products it manufactures by 49 per cent between 1998 to 2008, and this is expected to go down significantly in the next decade.

Yet another reason those dire predictions about serious water shortages are probably wrong is the likely impact of technological breakthroughs.

These could reduce the water needs of the agricultural sector very significantly. Drought- and pest-resistant crops and those that can grow in saline water- logged soils should be available within a decade or so.

With the right policy prescriptions, political will and an informed and demanding public, the global water future is likely to be significantly more benign than the consensus view would have us believe.

Asit K. Biswas is the Distinguished Visiting Professor at the Lee Kuan Yew School of Public Policy. Cecilia Tortajada is the president and co-founder (with Professor Asit) of the Third World Centre for Water Management, Mexico.