Singapore can afford to be more open in sharing data 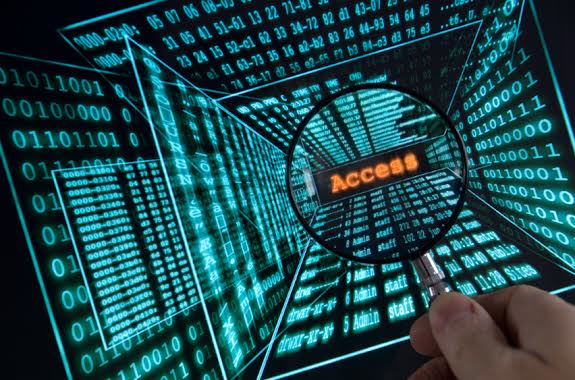 Mars sounds like an exciting place. Scouring daily images from Nasa’s Curiosity rover, some amateur astronomers are convinced that the Red Planet is home to mice, iguanas and humanlike gods. Regardless of whether these are valid claims or just cosmic pareidolia, it is noteworthy that Nasa publicly releases images.

Although the information can harmlessly find its way to untrained observers, it is a potentially valuable tool for crowdsourcing low-level analysis, and has revived public interest in space exploration.

Data openness—from space images to government budgets—sounds like a defensible cause. In the information age, citizens expect transparency, and degree of openness is an increasingly common benchmarking metric.

However, not all governments are so forthcoming, and Singapore is one example. Rarely outshone in the world of performance indexes, Singapore is ranked in the global top 10 for per capita gross domestic product (GDP), national competitiveness, ease of doing business, personal safety, and lack of corruption, among many other metrics.

However, Singapore’s Government has never been accused of being overly transparent, and the recently released Global Open Data Index underscores this.

One force increasingly transforming national politics and geopolitics is the democratisation of information, and the connection between transparency and political legitimacy probably explains some countries’ reluctance to share information. Indeed, governments possess sensitive data that should not be publicly released, but access is increasingly seen as a public right rather than a privilege. The global proliferation of social media has empowered policy advocates to mobilise groups for a variety of purposes, including rallies and voter turnout.

The same enabling platforms have provided infrastructure for information-sharing, just as curiosity is rising among citizens in countries with historically secretive governments. For example, in Russia and China, technology-enabled data exchange among citizens is growing despite crackdowns.

The Global Open Data Index, administered by the global non-profit Open Knowledge, “measures and benchmarks the openness of data around the world”. Each country is assigned a score broadly reflecting degree of openness derived from a weighted average of two factors: technical (data updated, in digital form, and machine-readable, etc.) and legal (data free, publicly available, and openly licensed).

Among the 97 countries studied, the United Kingdom is the most “open” (97 per cent) and Guinea the least (10 per cent). Singapore ranks 63rd (34 per cent open), having the same score as Bangladesh, Bermuda, Nepal, Senegal and Tunisia. For a highly developed country, this is not good company.

Singapore ranks lowest on government spending: 0 per cent transparency, 86th and tied for last place with 11 countries that otherwise have little in common with the 20th century’s greatest economic miracle.

Singapore ranks highest on transport timetables (45 per cent and 24th), and is 55 per cent transparent (59th) in “national statistics” that measure GDP, employment, population, etc. The percentages of these and other sub-metrics are derived under the same methodology used for overall scores, described above.

Notable is the transparency gap between government spending and government budget (0 per cent and 45 per cent, respectively). In the index metrics, spending is highly detailed at the transaction level (monthly items under US$1 million – S$1. 4 million at the current exchange rate), while budget is “high-level” data by department and sector.

Most countries are more transparent in the latter than the former, but, for Singapore, the difference is notably large. The reasons are largely a matter of speculation, but may include reluctance to release details about defence, security and wealth-fund activities, and the data requirements of particular budget and accounting processes.

Singapore joins the likes of Cambodia, Indonesia, China, Zimbabwe, Cyprus and Saudi Arabia in being among the 12 least open for government spending.

Cyprus is an offshore tax haven and tourist destination, Saudi Arabia is almost entirely resource-dependent, and Cambodia is working mightily to outrun the shadow of a tragic history.

Besides Indonesia and China, the remaining countries with the least open data on government spending include Guinea, Mali and Benin, and can be viewed as dysfunctional laggards sodden with corruption. This is strange company for Singapore indeed. Given its global openness and pragmatic attitude, Singapore should strive to do much better than the above countries in any aspect of governance, including transparency.

One strategy for a government to maintain legitimacy is to provide more avenues for information access. There are three reasons why improving transparency is a good strategy. First, transparency shifts discussions about policy and governance away from supposition and innuendo, and towards facts. If a government truly has much to credit its efforts, evidence denies emotion-laden opposition any credibility.

Finally, more transparency enables a country to be internationally compared on a broader variety of metrics. If the country has proven itself a global leader on numerous levels, withholding information is unnecessary and arguably counterproductive.

In the eyes of many in Singapore and around the world, Mr Lee Kuan Yew is the anti-ideologue. In a 2007 New York Times interview, he stated of the Government: “We are pragmatists. We don’t stick to any ideology. Does it work? Let’s try it, and, if it does work, fine, let’s continue it. If it doesn’t work, toss it out, try another one.” Such earthy honesty is refreshing in a world of paranoid dictators and image-minded populist opportunists. Transparent pragmatism is the enemy of ideology.

If any country has nothing to hide, it is Singapore. Aside from national security, there should be little concern about the sensitivity of government data. Good governance and data openness are not mutually exclusive; indeed, they are fundamentally complementary. It is no imperative to sacrifice freedom of information at the altar of political stability. If an analyst or curious citizen finds an opportunity to improve policy, a country should embrace the process that made it possible.

Like Mars, Singapore has exciting but undiscovered facts: mice and iguanas—and, some could say, even humanlike gods. Why keep that a secret?