Sheep bytes: New Zealand’s secondary cities can be a model for creative revival

Asit K. Biswas and Kris Hartley discuss how secondary cities in New Zealand might retain their relevance in a spatially imbalanced economy. 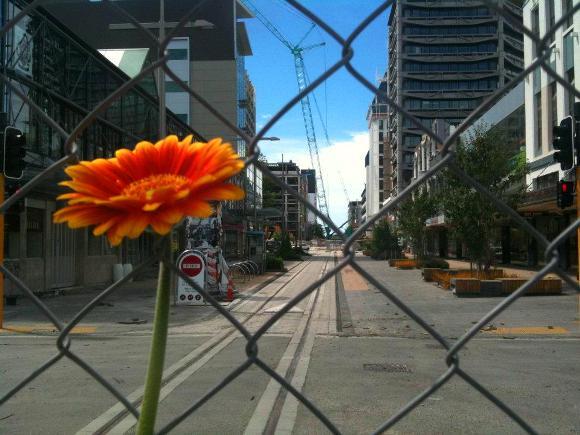 Firstborn primacy in economic development
The first impressions for many New Zealand tourists are of Auckland’s quaint suburbs. The journey from the airport to the city reinforces the perception that New Zealand is a peaceful place. However, for all its charm this meandering neighbourhood tour is a tedious ritual for frequent fliers, and no two trips ever seem to be the same. The absence of an airport rail connection and uninterrupted motorway link exposes what New Zealand Council for Infrastructure Development chief executive Stephen Selwood describes as a growing infrastructure deficit in the nation’s largest city. The central government’s support for Auckland Council’s proposed NZ $10 billion infrastructure upgrade is an encouraging sign. However, this commitment should not monopolize resources to the exclusion of New Zealand’s secondary cities, which must fight to avoid being economically marginalised. Their adherence to historic growth paths based on resources, agriculture, and tourism will lose their punch as Auckland gains momentum. These cities must think differently about the future, for their own sake and for that of New Zealand’s global competitiveness.

The economic orthodoxy has long embraced the concept of agglomeration economies, which refer to the spill-over benefits of companies locating close together. In many countries this idea supports misguided strategies for urban primacy, with the largest city receiving disproportionate investment. However, in a large and economically dispersed country, it makes little sense for growth policies to focus on one city. According to New Zealand’s National Infrastructure Plan, Auckland may receive up to 75% of the nation’s planned road infrastructure investment in coming decades. The same document also predicts, however, that by 2031 Auckland will be home to 38% of New Zealand’s population; currently, the city currently accounts for 35 percent of the national GDP. For Auckland, there is a notable discrepancy between its projected infrastructure investment and its economic contribution and population size. If reflective of the nation’s developmental priorities for other public goods, this investment strategy could give Auckland an unjustifiable advantage and the country a spatially imbalanced economy.

National scale agglomeration implies the dominance of a single city, while the clustering of complementary industries in secondary cities embodies localized agglomeration. Nevertheless, many cities are now locked into stagnant, one-dimensional economies and face shrinking populations. For example, Whangarei caters largely to tourism and hosts basic regional services. Tauranga is home to the country’s largest port, while Blenheim and Martin borough are supported by the wine industry. Queenstown has been labeled “adventure capital of the world.” Each city is exposed to the fluctuations of a single industry and appears unprepared to capture emerging opportunities in global growth industries. A balanced strategy would invest in the development of both national and local economies, with benefits accruing to cities having the most creative, entrepreneurial, and outward-looking public and private sector leaders.

Economic success in the new global economy requires these secondary cities to think beyond historic development patterns. New Zealand’s natural resource industries are exhausting their growth potential, and like those in Australia are largely dependent on volatile international demand. Despite technology-driven productivity gains and decades of subsidies, primary industries (e.g. agriculture, mining, fishing, and forestry) have little prospect of generating transformative prosperity. Indeed, this sector has experienced declining national GDP share since the 1970s and now accounts for only 7.8 percent. As with agriculture, the tourism sector faces market constraints and increased global competition, with linear growth having little hope of generating an economic step-change.

Secondary city strategies: talent retention and urban vitality
To support the development of a creative sector, cities must attract talent. Two strategies can help: retaining foreign students after graduation and creating dynamic urban environments. First, New Zealand should seek returns for its investment in human capital. Education is no longer an “export” industry, but must be considered an opportunity to nurture imported creativity. The country is attractive to foreign university students, more than half of whom are from Asia. Among English speaking countries, it is a low-cost option and appears open and welcoming. Like Singapore, New Zealand can institute a scholarship bond obligating graduates to remain in the country and work for a certain period of time. The ensuing pipeline of fresh talent would ensure that new local ventures have access to skilled workers. Retention programs can also build local-to-international economic linkages, as some foreign students choose to develop their careers in New Zealand. The geographical spread of universities is an advantage in balancing growth. According to a Ministry of Education report, over 40% of New Zealand’s international students studied outside of Auckland and Wellington in 2011. In the expanding higher education industry, universities can accommodate growth in international enrolment while continuing to serve local students. Secondary cities would benefit from this strategy.

Second, New Zealand’s secondary cities must emphasise the country’s lifestyle image. In a 2013 FutureBrand report, New Zealand ranked #9 globally in “quality of life.” Immigrants and retirees, often from advanced countries, move to New Zealand seeking cleaner air, less congestion, a mild climate, and a more relaxed life. For some, geographic isolation provides tranquility in an unsettled world. Secondary cities in New Zealand can leverage this image to attract foreign professionals, especially as global cities become more crowded, polluted, and expensive. Despite being half Auckland’s size, Wellington has the feel of a global city, with a walkable CBD, redeveloped waterfront, high-density development, and bustling leisure districts. It has also branded itself green and sustainable, qualities that attract young professionals. Christchurch’s award-winning Re:Start, a container village built to sustain economic activity in a CBD ravaged by the 2011 earthquake, is a model of cost-effective resilience and creative revival. Other cities should build on the advantage of comparably lower property values by adopting their own creative and identity-specific solutions in making urban cores more vibrant, while avoiding the small-scale replication of hyper-commercialized “global city” landscapes.

Local self-determinism and global competitiveness
Like Auckland traffic finding its way through a maze of backstreets, developed nations have no clear path to sustainable growth. The global economy is dynamic and unpredictable, and flexibility is a critical dimension of resilient growth strategies. The strategy outlined here provides but one path among many to develop the most valuable resource in the creative economy– talent.

Native advantages are already present. New Zealand is recognized for having a friendly start-up environment. ICT, which is critical for the global connectivity that drives creative industries, now reaches all corners of New Zealand. Furthermore, a NZ $300 million rural broadband initiative will contribute to improved connectivity. Both “quick wins” and longer-term development are attainable in New Zealand’s secondary cities, whose native advantages need only modest revival to generate an inimitable cultural context around which clusters and companies can build a unique brand.

Achieving transformative growth is not a matter of size, but of political vision and entrepreneurial initiative. New Zealand has an opportunity to enhance its competitiveness in the new global economy, and its secondary cities should slip the surly bonds of regional economic determinism and directly engage a world of emerging opportunities. This lesson is applicable not only for New Zealand but also for any developed country struggling to maintain prosperity in the 21st century.

Asit K. Biswas is Distinguished Visiting Professor at the Lee Kuan Yew School of Public Policy, National University of Singapore, and is co-founder of the Third World Centre for Water Management.

Kris Hartley is a PhD candidate at the Lee Kuan Yew School of Public Policy, National University of Singapore. He has served as a consultant with the New Zealand government for earthquake recovery in Christchurch.