Solutions in short supply as water shortages destroy crops and livelihoods across Asia. 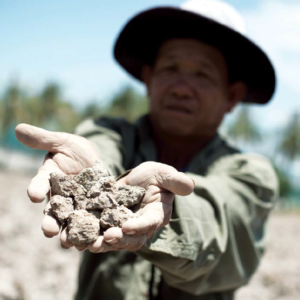 Record high temperatures, changing and erratic rain patterns, a lack of investment, poor policy environments and a general lack of awareness have led to one of the worst and longest droughts in recent memory.

The drought stretches from West to East Asia, and from the dry north of China and Mongolia to the southern reaches of the dangerously low Mekong River in Southeast Asia.

The need to better preserve water globally, drought conditions or not, was underscored during World Water Day on March 22. Across much of the region, the day came and went virtually unnoticed. Desperate drought conditions have become the mainstay across large tracts of Asia.

Some of the most dramatic fallouts of the drought have been felt in India, where thousands waited for rains that never came, and saw their crops fail and debts pile up.

P Chengal Reddy, secretary general of the Consortium of Indian Farmers Associations, stressed how frustrating the situation is: “More than 60 percent of India’s agriculture depends on the monsoon (season), which means heavy rains.

At 73, Reddy has been working with Indian farmers for more than five decades. “This could be the worst ever,” he said. “We have gone from 50 feet deep 30 years ago to 1,000 feet in search of water now.”

As many as 22 out of 32 of the bigger cities in India face daily water shortages. Figures by the international charity WaterAid suggest that 75.8 million Indians, or 5 percent of a total population of 1.25 billion, have to buy water at high rates or use supplies contaminated with sewage or chemicals.

Other parts of Asia too have been hit hard by shortages of water or outright drought.

The problem is increasingly serious and quite visible throughout large parts of Pakistan, Mongolia, North China and Southeast Asian countries around the Mekong River, like Vietnam.