Reflections on 40 years of Chinese reforms

During this time, China moved from an inward-looking agrarian society to become the world’s second-largest economy and an emerging power. 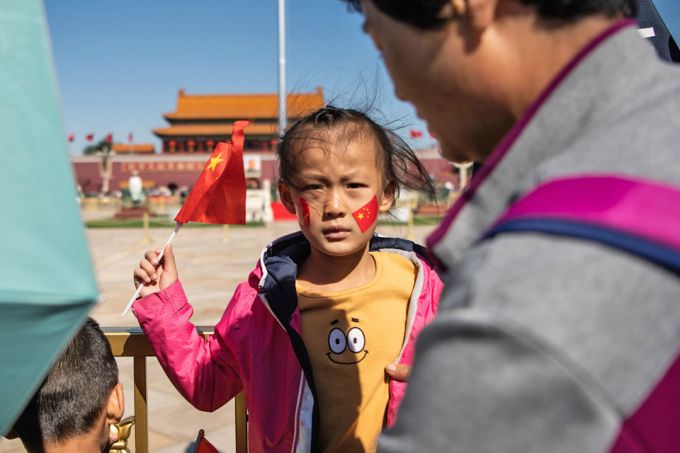 Mr Xi says China will firmly commit to a multilateral global trading system and a further steady opening up of its economy. PHOTO: AFP

ON Dec 18, 1978, the Communist Party of China (CPC) approved paramount leader Deng Xiaoping’s historic plans for reform and opening up of China. It was an experiment unprecedented in human history. It ended the planned economy of the country but maintained the primacy of the CPC. It effectively started a market-oriented reform. Deng opened up China’s domestic market to foreign investment, thus unleashing an unstoppable economic force which ended decades of stagnation. It saved China from the tumultuous impact of the Cultural Revolution and the Great Leap Forward.

As President Xi Jinping aptly noted during the 40th anniversary of reform and opening up, in 1978, there were “grain coupons, cloth coupons, meat coupons, fish coupons, tofu coupons, food ticket books, product coupons and other documents people could not be without”. Fortunately, these “have been consigned to the museum of history”.

At that time, as a foreigner, one could not use RMB – we had to use Foreign Exchange Certificates which were necessary to shop in special “Friendship Stores” to buy goods that were not available to an average Chinese, and pay for upper-end hotels in select big cities where foreigners could stay.

In 1978, meat was a luxury, and a family was considered lucky if it could have it once a week. As Mr Xi noted: “The torments of hunger, lack of food and clothing and the hardships which have plagued our people for thousands of years have generally gone, and will not come back.”

Deng had proclaimed: “To get rich is glorious”. He also said: “Emancipate the mind, seeking truth from fact, and unite as one to face the future.” China’s reform achieved exactly that. For example, in 1978, China’s per capita GDP was around US$156, compared to the global average of US$1,974. By 2017, the corresponding figures for China and the world were US$8,827 and US$10,714 – an increase of 56.6 times and 5.43 times respectively. The same year, China’s per capita GDP was only about 8 per cent of global average. By 2017, it had significantly increased to over 82 per cent.

Similarly, in 1978, China did not have even a single dollar billionaire. Fast forward to 2018 – according to the estimates of Shanghai-based magazine Hurun Report, the country now has 620 billionaires. If so, China may now have the highest number of billionaires in the world.

During this unprecedented economic transformation, China moved itself from an inward-looking agrarian society to become the world’s second-largest economy and an emerging superpower. During the process, more than 800 million Chinese have been lifted out of poverty. The poverty rate among the rural population has now dropped to 3.1 per cent compared to 97.5 per cent 40 years ago. As World Bank president Jim Yong Kim noted last month, during this reform and opening process, China “increased its per capita income 25-fold”, and the country accounted for “more than 70 per cent of total poverty reduction in the world”. The Millennium Development Goal on poverty reduction was met primarily because of the Chinese outperformance.

China has built the world’s largest social security system, with basic old-age pension covering more than 900 million people and medical insurance covering 1.3 billion. While both can be further improved, by any yardstick, these are absolutely remarkable achievements. The scale of change has been unprecedented in the entire human history.

It is heartening to note Mr Xi called for unswerving implementation of reform but this must be in line with the overall goal of improving the socialist system with Chinese characteristics. He further noted that “opening brings progress while closure leads to backwardness”.

Noting the current rapidly evolving geopolitics and trade disputes, especially with the United States, he observed: “Every step of reform and opening is not easy. In future, we will be inevitably faced with all sorts of risks and challenges, and even unimaginable tempestuous storms.”

Mr Xi reiterated China’s firm commitment to a multilateral global trading system and further steady opening up of its economy. However, not surprisingly, under current conditions of serious trade frictions with the United States, he did not announce any new initiatives in terms of what economic sectors will be opened up, to what extent and possible timeframes.

China cannot develop itself “in isolation from the world, and the world needs China for global prosperity”. He warned other nations “not to dictate” its development path.

To achieve “socialism with Chinese characteristics”, the country will seek its own path under the firm leadership of the Party. “There is not any textbook enshrined as the golden rule, nor are there arrogant teachers who are able to teach Chinese people what to do.”

Unquestionably, reform and economic development have increased China’s cultural soft power in the world, especially when America’s soft power is now in decline due to the policies of the current administration.

The country needs to strengthen its ecological and environmental governance even more significantly and faster than in the past so the quality of life of the people improves steadily during the next decade.

The main question for today’s political and economic pundits is no longer whether China will become a major power, but rather how the country will use its substantial newly found power and what impact it may have on its neighbours and the rest of the world, both economically and geopolitically.

There is an old Chinese proverb which says “Peaches and plums do not talk, and yet a path is formed beneath them”. China and the United States have very different forms of governance and political frameworks. Yet, efforts have to be made to develop a common path between them, which should not only be win-win for both countries but also for the entire world.

The writers are Distinguished Visiting Professor at Lee Kuan Yew School of Public Policy, National University of Singapore and Visiting Professor at both University of Glasgow, UK, and Chinese Academy of Sciences, and Senior Research Fellow at Institute of Water Policy, Lee Kuan Yew School of Public Policy, respectively. They have been studying and visiting China regularly since 1981. Two dozen of their books have been translated into Chinese.

This article was published by The Business Times, December 27, 2018