Reduce and recycle for a thirsty world

It’s time we improve water governance and treatment and reuse of wastewater. 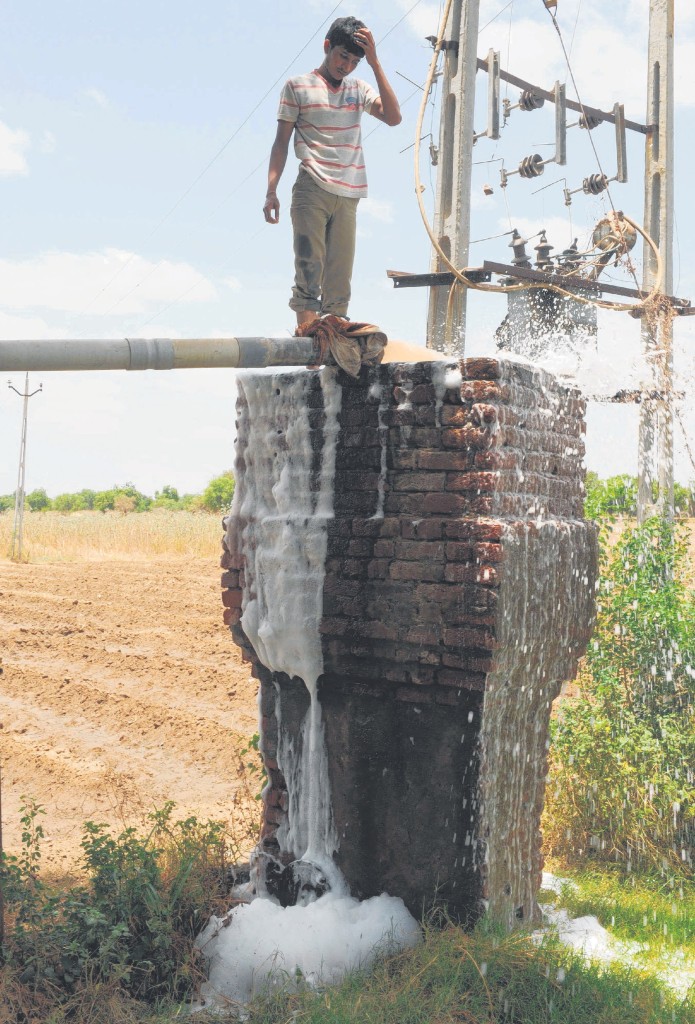 Mass killer: More people die because of polluted water than are killed by all forms of violence, including wars

It is a tragic irony that the one resource which benefits most from the green mantra of “reduce, reuse, recycle” almost never realises the gains from it. The resource is not paper, food or even metal, but water—a commodity which nature recycles but man discards.

On World Environment Day, we shall recall that there are more than two billion people in the world who lack access to safe drinking water and a significantly higher number without wastewater treatment facilities.

Given the exploding urbanisation, demand for water, and increasing health and environmental costs due to water quality deterioration, it is high time to see how we can apply the green triangle to water, and the enormous impact that small changes can have.

Cut leakage
Numerous cities today face problems supplying clean water to residents—there is water only for a few hours a day, sometimes even none at all for a few days at a stretch. Water is also delivered at low pressure, and cannot be drunk from the tap, which costs the poor the most.

Governments say that they have no money to build the large and expensive infrastructure that will enable them to fix the water woes. But often, significant water savings can result from doing nothing more than fixing leaky pipes and by instituting the discipline of water pricing.

Mexico City is a prime example. The city of nine million people is literally sinking. During the course of the 20th century, the City Centre has sunk 10 metres because the water from its aquifers has been depleted at a much faster rate than the natural recharge from rain.

As the underground water is being pumped out, the land subsides. This means large fiscal expenditure—to prop up buildings, to control the flooding because of uneven ground and, astonishingly, to pump out wastewater from the top of the mountain where Mexico City is located to the Mezquital Valley.

More importantly, to cope with increasing demand, it is building expensive dams and infrastructure—including the US$1.3 billion Cutzamala Dam, to transfer water from rivers far away. At the same time, Mexico City loses about 35–40 percent of the water it does have—as it is called—“non-revenue water”.

So, rather than increasing its supply from a new dam, the city could do better to increase its supply by 30–40 percent by improving water governance or reducing leakage. Cities in the developed world lose as much as 15–30 percent, but water loss can be much lower. For example, there are cities such as Phnom Penh or Singapore which lose around 5 percent.

Security issue
We take reuse and recycle in the same section because the two are very closely linked in water management. Some countries recycle what they call “grey water”—used water that has been treated lightly—for watering their gardens, washing their cars and other non-potable uses. This is a minority and already an uphill task for policymakers. However, if water security problems are to be solved, cities will have to properly treat their wastewater and then use it for domestic or industrial purposes.

First, we need to see why treating water is important. Currently, there is very little incentive for countries to treat their wastewater because dumping into rivers and into the open sea is free. This means that many rivers running through the heart of cities are no more than open sewers. Even some cities in developed countries such as Canada continue to flush their raw sewage and industrial waste into the sea.

But both singly and cumulatively, these practices do not make sense. First, for increasingly crowded cities, it is a public health imperative to treat wastewater. A recent United Nations report noted that more than half of the world’s hospital beds are occupied by people suffering from illnesses linked to contaminated water.

More people die as a result of polluted water than are killed by all forms of violence, including wars. Aside from the public and environmental health costs, it makes economic sense to have a clean river and waterfront housing, than a canal and drains.

Cumulatively too, we see that things are coming to a head. The weight of pollution is such that even the vast oceans are reaching the limits of their absorptive capacities. There are now 245,000 square kilometers of marine ecosystems that are affected by pollution, including fisheries, livelihoods and food supply.

There is an increasing number of “dead zones” in the seas—the largest at 70,000 sq km is 100 times the size of the island of Singapore, where there is no aquatic life.

Second, after treating wastewater, do we flush it out into the sea? Or should we reuse it to maximise its value? It is only sensible to do the latter.

Third, technologically, scientifically, and economically using properly recycled water for all purposes including drinking has been safely implemented. Cities in America and Europe have been drinking recycled water for decades. Singapore too has put in place this policy. The UN, in urging more cities to drink recycled water, said recently in a major report: “This avenue is also available and has been implemented, for example, in water-scarce Singapore and the International Space Station, without ill-effects. Consequently, it is recommended that municipalities affected by water scarcity should move aggressively towards the use of reclaimed water.”

Singapore took 10 years for its journey towards potable recycled water. In 40 years, the global population will hit nine billion. It will need every minute of the four decades to put in place these radical changes.

If the estimated nine billion people in the world are to receive safe water to drink by 2050, emphasis has to be placed on improving water governance and treatment and reuse of wastewater. This will reduce water contamination and environmental deterioration which is now occurring in much of the world. We simply have no other choice.

Asit K. Biswas is a distinguished visiting professor at the Lee Kuan Yew School of Public Policy, National University of Singapore, and the founder of the Third World Centre for Water Management. Leong Ching is a doctoral student at the school.