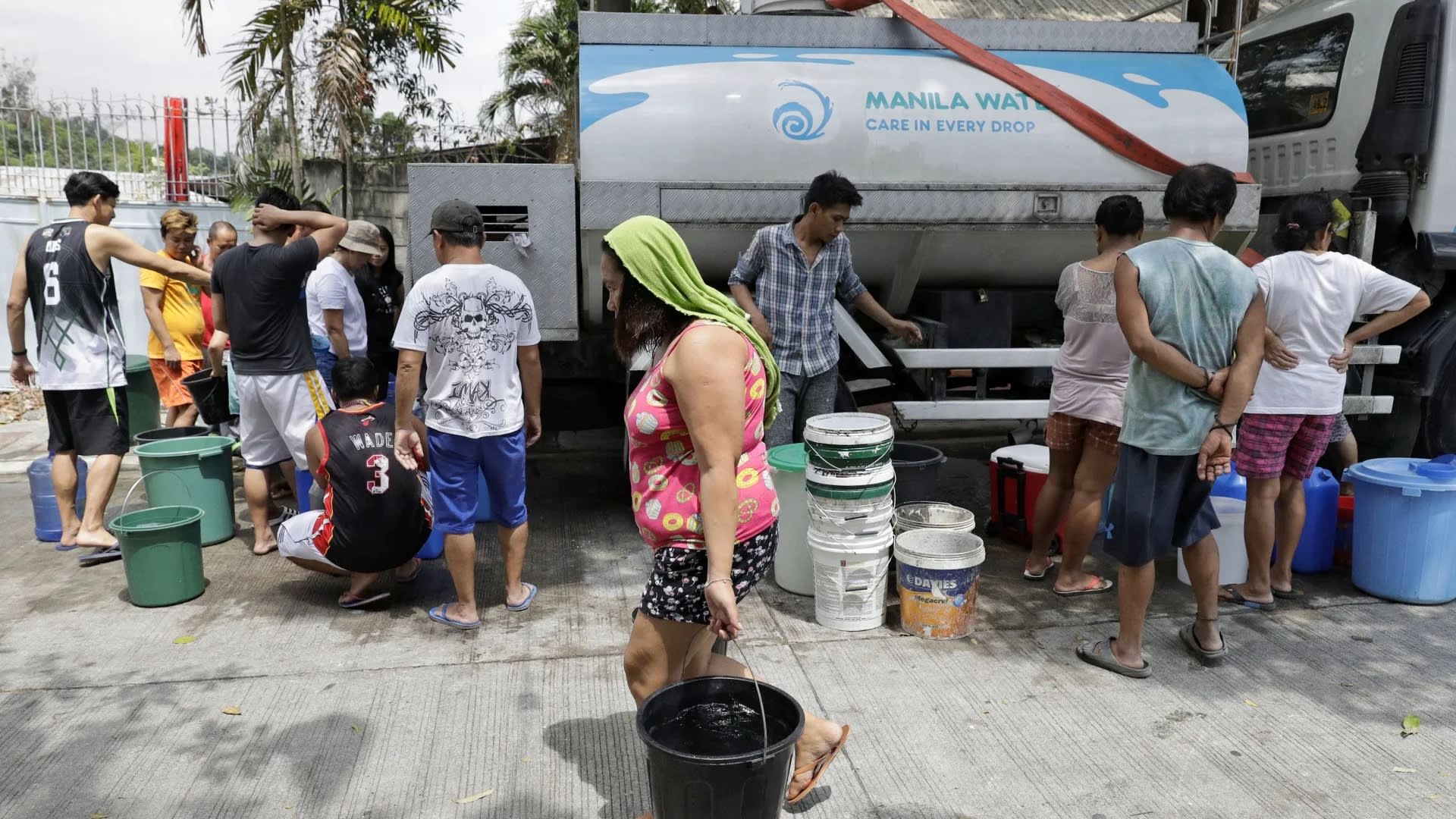 In a bustling, densely populated corner of Manila, fruit vendor Coring Gutierrez reads $35 due from her latest water bill, more than triple what her family of six paid 15 years ago.

“As long as we get water,” she sighs, reflecting the relief many of the Philippine capital region’s nearly 12 million residents feel about having a steady and safe water supply.

Water was not supposed to become so expensive for Manila under a 1997 World Bank deal that privatized the seaside city’s water and sewage management.

That arrangement is under fire by the U.S. congressional committee that oversees the international development bank, which is now questioning whether the World Bank and its lending arm, the International Finance Corp., should join in such “public-private partnerships.”

In a letter sent Tuesday to the World Bank’s president, the committee’s ranking member accuses the IFC of conflict of interest for its equity stake in one of two companies set up under the 1997 Manila water deal.

Moore wants the World Bank and the IFC to “cease promoting and funding privatization of water resources,” pending an evaluation of the IFC’s conflicts policy and practices and congressional hearings on the subject.
The IFC on Tuesday welcomed Moore’s letter as a chance to discuss the issues, saying “the World Bank Group takes real or perceived conflicts of interests very seriously,” according to the IFC’s chief communications officer, Geoffrey Keele. In an email to the Associated Press, he noted that the IFC’s role in advising the privatization deal was done several years before it invested in the company, and that “the risk of perceived conflicts of interest was examined at each stage of the Manila Water investment approval.”

Privately owned water utilities have existed for centuries in Europe and the United States, but have recently ballooned into a huge industry, thanks in part to the World Bank and IFC making such deals a condition for lending.

Worldwide, one in 10 people lack access to clean water, and for cash-short governments, privatization can help close that gap. But critics contend that privatizing water can make it more expensive, limiting access of the poor to the basic human right to clean water.

The record in Manila has been mixed.

Through much of the 1990s, supplies reached only about a quarter of the population, while the city utility lost up to 62 percent of its supply to leaks, illegal meter tampering and ad hoc connections. Sewage contamination made tap water undrinkable.

Today, the IFC cites Manila as a success story, with relatively reliable services, though costs to consumers have soared.

In 1997, the city paid the IFC $6.2 million to restructure management of its troubled water and sewage systems. Twenty-five-year concessions were awarded to two companies: Maynilad Water Services Inc. and Manila Water Co.

The IFC opted to provide $60 million in loans to Manila Water Co., which took over wealthier districts where customers were more likely to pay. The IFC also bought a $15 million chunk of equity, or about 2.5 percent, in Manila Water. The company became profitable within two years, launched a public offering in 2005 and has invested in water systems in other countries, including India, Vietnam and Indonesia.

Politicians who fear making unpopular decisions about utility tariffs tend to favor privatization. Even some U.S. communities are turning to the private sector to fix outdated systems or improve oversight and counter troubles such as the recent heavy metal contamination of tap water in Flint, Michigan, and New York City.

Moore says the IFC and World Bank created a situation in Manila where prices were bound to soar, as profits were prioritized above the bank’s mission to alleviate poverty. She worries Manila is being touted as a model for other cities in Africa and Asia.

“I am increasingly uneasy with water resource privatization in developing countries, and do not believe that the current ring-fencing policies separating the investment and advising functions of the IFC are adequate,” her letter says, noting that the IFC was contracted to orchestrate programs in Benin and Mozambique, while also advising a widely unpopular scheme in Lagos, Nigeria.

Keele, the IFC spokesman, said the World Bank Group, in most cases, supports publicly run utilities with investments for upgrades and expansion. But sometimes governments seek out private operators.

“In these cases, we assist the government in finding a private partner to do this through a public-private partnership, or PPP,” he said. “Our job is to support governments and help find a solution that works for them, whether it is a private- or public-sector led solution.” They might prefer private management if, for example, they are seeking management expertise, he said.

Worry over privatizing access to water is growing, as dozens of municipalities terminate private management contracts or let them expire without renewal. In 2011, Italians voted in a referendum against privatizing control of water.

A year earlier, Paris took control over its supply back from the water giants Suez Environment and Veolia Environment, which provide water services to nearly 200 million people worldwide.

As urban populations expand while resources run dry, optimizing water use and sewage management is crucial for public health and quality of life.

The U.N.’s International Resource Panel warned last month that nearly half the world’s population could be under severe water stress by 2030 as projected demand outstrips supply by 40 percent.

It’s a tough balance to strike: If water is too cheap, there is little incentive to conserve. Too costly, and the public suffers.

Philippine law caps the rate of return on public utility assets at 12 percent, and in 2014 the Metropolitan Waterworks and Sewerage System ordered Manila Water to cut rates, saying it was overcharging customers. The company refused, took the case to the International Chamber of Commerce for arbitration, and lost. The 2015 ICC ruling said the IFC-brokered contract violated Philippine law.

“Ironically, the World Bank, an institution with a poverty alleviation mission, has aligned its own financial interests more closely with large private corporations than with the millions of people who desperately need clean, safe drinking water,” said Nathaniel Meyer of the Boston-based watchdog Corporate Accountability International.

Manila Water’s spokesman, Jeric Sevilla, said the company provides full services to 99 percent of its coverage area and is upgrading its distribution network with some 5,000 kilometers (3,000 miles) of new pipelines.

The roughly 700 percent increase in rates since 1997 is in line with costs and less than what the poor would pay on the black market, he said.

But customers complain of weak or erratic water pressure and occasional shutdowns.

“Even at night, very little water flows from the tap,” said Michael Eleazar, a rice trader from Manila’s San Andres district who earns $660 to $1,000 a month. He buys bottled water for drinking, but still pays $19 a month to Manila Water for water for bathing and for laundry, just once a week.

“No matter how we try to save water, the bill is still high,” he said.

Eleazar counts himself lucky to have water at all. Many remain off the water grid.

“It is difficult not to have water. It’s better not to have electricity,” said 65-year-old Leoncia Duka, lighting a makeshift fire to cook a pot of rice for her grandchildren in the scrap-wood shanty they call home.

“The emotional argument, that water is a human right, is a bit ridiculous. Food and shelter are also considered human rights, yet we pay for those without a thought,” he said. “But private management is usually going to be more expensive.”