Managing a second spike: How China’s approach to the Beijing outbreak compares with global efforts 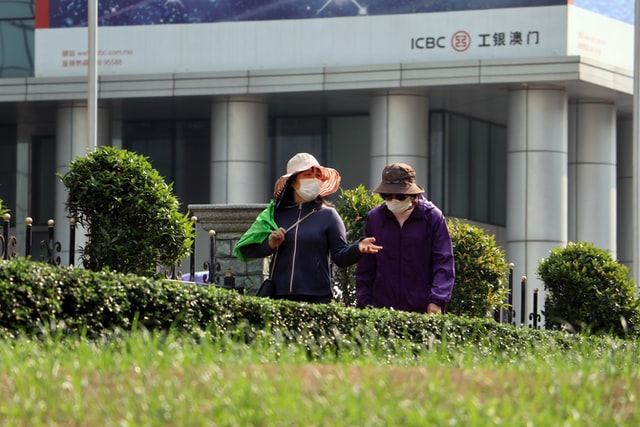 While China’s response to the re-emergence of COVID-19 in Beijing has been a success, it is hard to imagine its strategy being applicable in other countries, Ang Eng Guan and Asit K Biswas write.

On 6 June, after maintaining zero new cases for more than 40 consecutive days, Beijing lowered its level of COVID-19 emergency response to Level 3.

As the Chinese government began offering expertise to help other countries fight the pandemic, Beijing residents felt lives were gradually returning to normal. Although people were still wearing masks outside, popular restaurants were filled with cheerful customers rejoicing their reunion with friends. During rush hours, managers of subway stations and office buildings seemed less paranoid about crowds.

On 11 June, Beijing broke a 56-day record of zero new cases by recording its first new infection. This case was a 52-year-old man who had neither left Beijing, nor been in contact with anyone else from outside Beijing in the previous 14 days.

Upon experiencing mild symptoms, he biked to a nearby testing centre. He worked in Beijing’s largest wholesale market, Xinfadi, which supplies 70 per cent of Beijing’s of fruits and vegetables. Once confirmed, the government swung into action. Overnight, Xinfadi became world-famous for all the wrong reasons.

Five days later, the government upgraded its COVID-19 emergency response to Level 2. Schools, which had just reopened, were ordered shut again. 60 per cent of commercial flights in and out of Beijing were canceled, and people across China began to feel wary about visitors from Beijing.

In response, Beijing authorities required organisations and individuals to strictly adhere to a set of nine top-down health and safety measures known as the ‘Nine Stringent Measures’.

Mobile payment replaced cash in large wholesale markets in China with the first outbreak of COVID-19 in Wuhan. This meant in response to the latest outbreak, authorities were able to swiftly compile a list of 350,000 people who used Alipay and Wechat Pay at Xinfadi while the virus was active there. Once identified, these visitors immediately received a lockdown order.

To make sure Beijing did not become a ‘Wuhan 2.0’, the city government has locked down more than 30 neighborhoods so far. Every resident who had driven on the roads within a five kilometre radius of the wholesale centre received a text message, instructing them to go for nucleic acid test.

Them, and their whole family, were also instructed to self-quarantine for 14 days. In the week following 11 June, more than 700,000 people had joined the massive queues to get themselves tested.

Beijing uses big data and technology to execute lockdown measure with precision – to the granular level of streets names and even units of buildings. Being this precise has enabled the authorities to save the wider neighbourhood and population from unnecessary lockdown.

Since March this year, everyone entering a building or residential community had to produce a green health code on their mobile phone to prove one had not left the city or visited affected clusters during last 14 days. From an individual liberal perspective, this is a horrific invasion of personal date and privacy, but in China people appear to accept it as necessary.

Based on experience from the first outbreak, residents have accepted new norms to protect themselves and their family, likely believing the community’s safety is above their own freedom. If they fell ill, they would burden the system. From this perspective, it is possible governments in East Asian countries, where collective success is an important cultural goal, have an inherent advantage over their counterparts in the West where individual liberty is held in highest esteem.

On 19 June, Beijing released the genome of COVID-19, which appears to be of European origin. How the first patient in Beijing was infected still remains a mystery, but traces of the virus have been found on the cutting boards used for imported salmon.

As soon as this information became public, sales of imported salmon nose-dived. This shows just how many of COVID-19’s characteristics are still unknown. The Beijing outbreak raises a question that has still to be answered definitively – can fish or livestock carry the virus?

In terms of speed and tenacity, Beijing’s actions were robust and immediate, but it is hard to imagine Beijing’s answers to the virus as exportable globally.

While governments always play a pivotal role in developing and implementing the control measures, the attitude and behaviour of their people and their willingness to sacrifice individual liberties for the collective good, as in China’s case, are integral parts of the overall solution.

So how does this compare to global responses? Countries like Singapore, South Korea, and New Zealand have faced similar re-emergences of the virus. All three re-imposed stringent measures until the virus was controlled.

Compared to most countries, the United States has been quickest to reopen, even though much of the country is still in the first wave of infection. Compare the approaches of Beijing and Florida, which have a similar population. On 5 May, Florida Governor Ron DeSantis opened the state in a ‘safe, smart, and step-by-step’ way when daily infection rates were around 680.

On 20 June, Florida recorded 4,049 new infections. The United States appears to have prioritised opening of economy over controlling COVID-19, and by 21 June, the country had recorded 2.33 million infections and 129,983 deaths. On 21 June, the United States accounted for 20 per cent of all global infections, even though it accounts for only 4.3 per cent of the global population. These infection numbers are the highest in the world and still increasing rapidly.

The reopening of businesses and schools does not mean the end of the pandemic. Tradeoffs between freedom of individuals and the greater good, and between the safety of people and the health of the economy, are constant challenges for government and society, but once COVID-19 is under control, history will judge, and which policies were most effective at protecting people from the virus, not economic growth figures, will be remembered first and foremost.