Lee Kuan Yew: A tribute to a visionary pragmatist 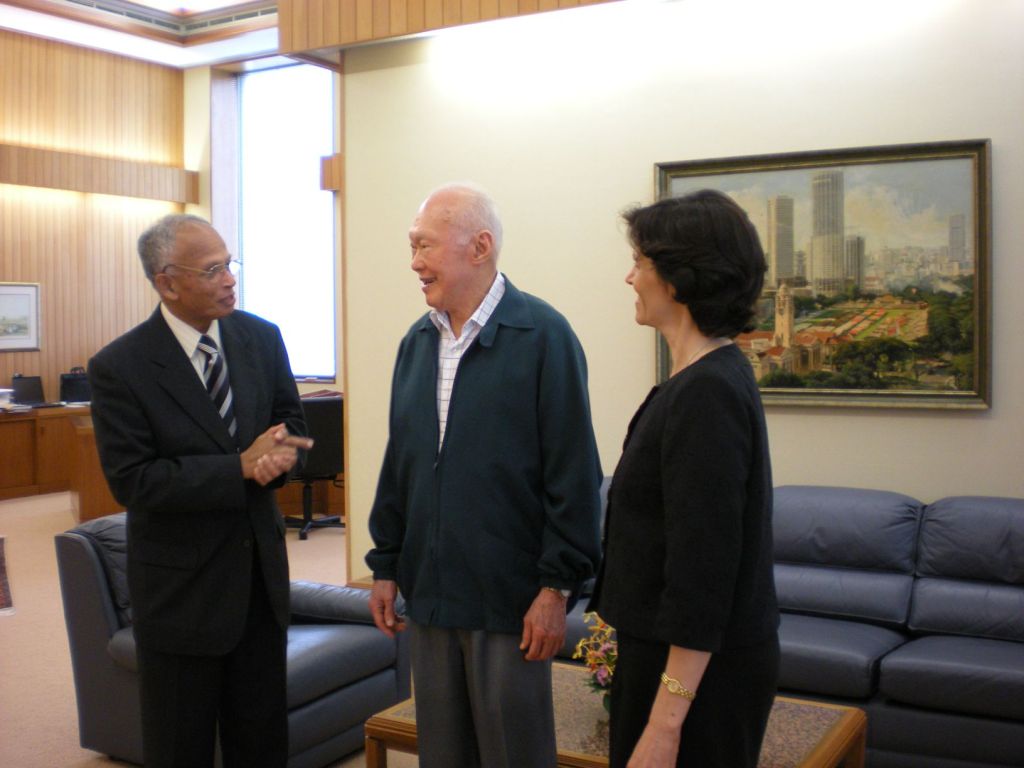 There is an old Japanese proverb: “Vision without action is a daydream. Action without vision is a nightmare.” We have had the opportunity to meet and advise many world leaders: some were visionaries while others were action-oriented. Lee Kuan Yew is one of the very few statesmen we have met who was not only a visionary but also took actions to make his visions a reality.

In two wide-ranging discussions, Lee explained to us his views of the main factors that made this miraculous transformation possible.

He was free of any political dogma. His philosophy was to look at a specific policy and determine if it would work. If it was likely to work, Singapore tried it. If it worked, it was continued. If it did not, “we tossed it out and tried another one.” This experimental ideology has served Singapore well.

Lee was a strong believer of good governance and strong laws that were promptly and fairly implemented. He told us: “Once you have corruption, bad administration, fickle decision-making which can be influenced by friendship or favors or bribes, then you have got a problem.” Corruption may become part of a political system. “You need money to win in politics. So, you promise people that provide you with this money favors, and when you get into office, whether it is the opposition of the governing party, you have to return those favors. So, the corruption goes on.”

Singapore has had anti-corruption laws for decades where the burden of proof was transferred to individuals who may have enriched themselves but are unable to explain how this wealth was amassed legally. If the enrichment can be explained, there is no problem. If not, the presumption is it was most likely obtained through illegal means. Concurrently, Lee ensured that leadership at center was “beyond reproach, or else the whole system would break down.”

The remarkable legacy of Lee is that, while in much of Asia corruption is rife, Singapore has remained corruption-free. This is because of the strong laws Lee put it place, and their prompt enforcement.

To reduce temptation, Singapore indexed the salaries of ministers, top civil servants and judges to similar and comparable positions in the private sector. This has made them among of the world’s highest paid officials. Not surprisingly, the skills and knowledge of these officials are significantly higher than in most countries. As advisor to 19 governments, we have not seen a country that has such consistently high quality ministers or a more conducive environment in which they can exercise their skills. This approach has ensured the government can attract crème de la crème of Singapore, thus accelerating its development.

Lee placed great emphasis on education and growth in human capital. He told us education is “a very arduous process. It is not just the education in school, it is education throughout your life.” He believed that “the quality of a nation’s manpower resources is the single most important factor determining national competitiveness. It is the people’s innovativeness, team work, and their work ethic that gives them the sharp edge in competitiveness.”

He also encouraged scholars with good minds to be inventors, innovators, venture capitalists and entrepreneurs. He believed scholars could live in ivory towers as long as it was not their only place of residence.

When we asked Lee what was the most difficult challenge he faced in taking Singapore from the third world to the first world, he told us this was a challenging question that no one had asked him before. After some reflection he said it was changing the mindset of Singaporeans, who were very individualistic and often felt that they had God-given rights to do what they wanted, when they wanted, where they wanted, without proper consideration of the social good, public health, or environmental implications. The only way these mindsets could be changed was by laws and prompt enforcement.

Probably the best view of Lee could be from his frequent critic, Catherine Lim. “His stature is immense. This man is a statesman. He is probably too big for Singapore.” It is an assessment with which we fully agree.