Is China leading the way forward in water management? 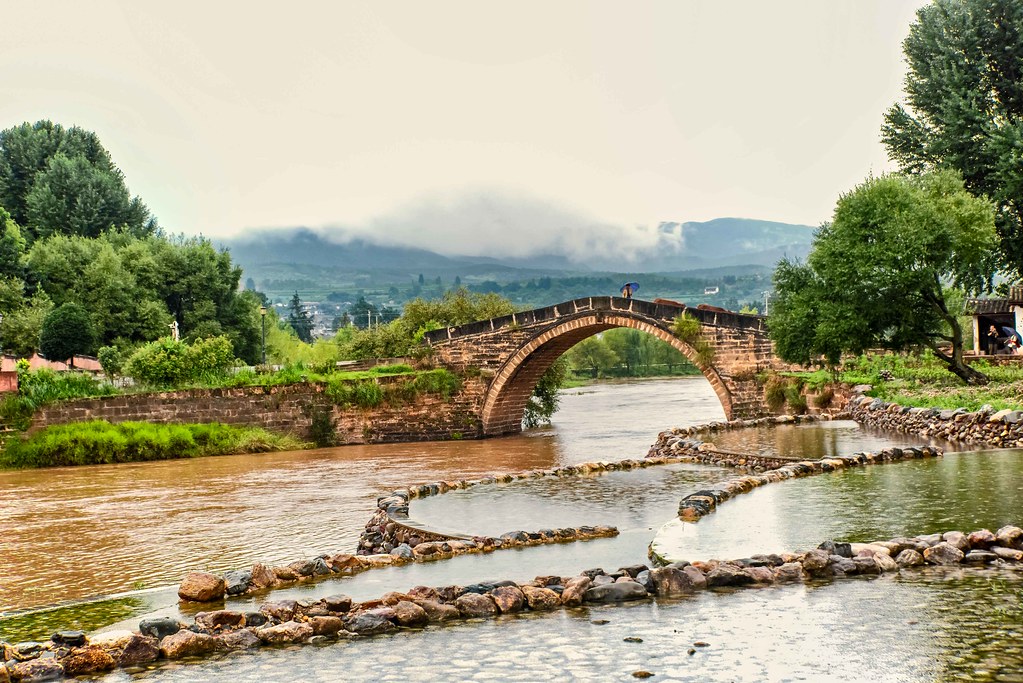 Experts have long worried about the possibility of a water crisis in China. As early as 2005, then Minister of Water Resources Wen Jiabao described it as so severe that the country would need to “fight for every drop of water or die”, and that water shortages threatened “the very survival of the Chinese nation”.

And we might see that materialise in the near future. China ranks as the most populous country in the world, with over 18% of the world’s population. Yet, the country only has 7% of the world’s freshwater resources. With rapidly developing industry (China’s second largest consumer of water), and persistent water pollution problems, it is clear that without careful water management, the threat of running out of water is very real.

THE STATE OF CHINA’S WATER RESOURCES

The rivers are important to the Chinese — for domestic, agriculture, industrial and recreational uses. Unfortunately, more than three decades of continuous breakneck is creating serious problems of water availability and pollution.

In 2013, as much as 70% of China’s rivers and lakes were polluted because of industrial waste. But the government has been working to improve that, by imposing strict regulations on water consumption by agricultural and mining sectors and ever stricter pollution control measures.

By 2016, its environment ministry reported improvements of water quality in the rivers, and that more than 70% was now at least “fit for human contact”. However, the government foresees it will still require approximately one trillion yuan (US$147.4 billion) to further reduce pollution in the rivers by building a network of wastewater pipelines.

And government efforts can only go so far. To expedite the process in the meantime, the government has tapped on another resource: its people. 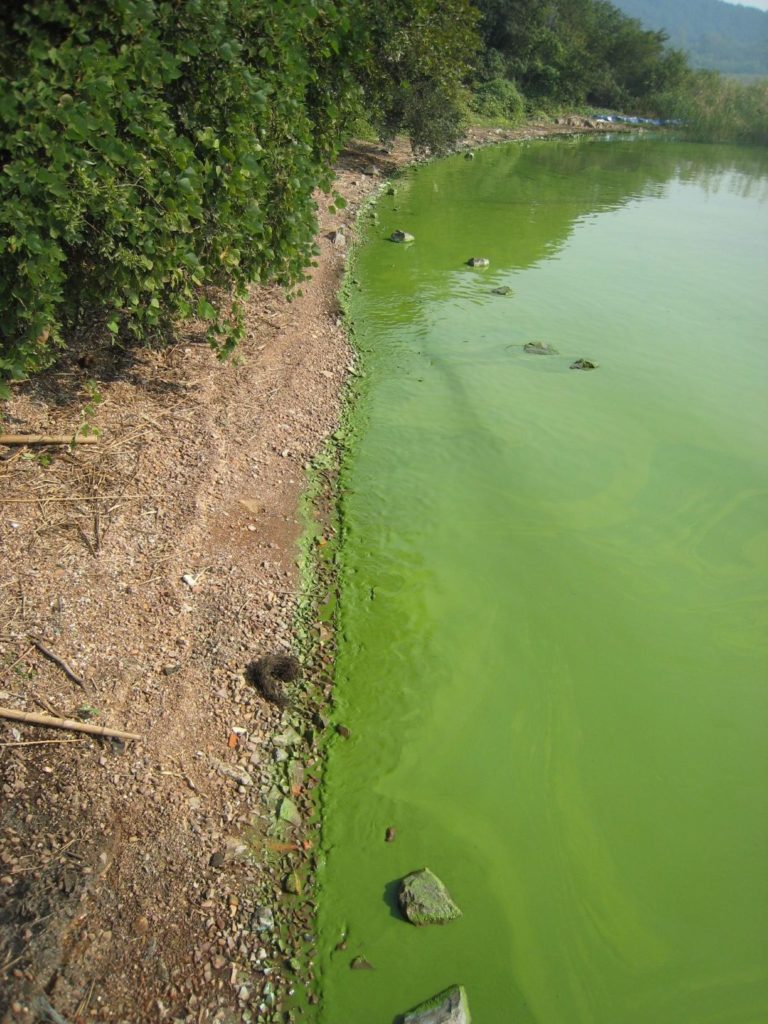 It all started with Lake Taihu in Jiangsu province, one of China’s largest freshwater lakes and a source of water to some 30 million people. Following a blue algae outbreak in the lake in 2007, the local government in Wuxi first appointed its government officials as “river chiefs”.

“River chiefs are individual people who are given the responsibility of looking after a specific part of a river or lake,” says Asit Biswas, a distinguished academic and leading international authority on water, environment and development-related issues, during an Institute of Water Policy research seminar. His involvement with China started in 1980 when he was invited by Deng Xiaoping to assess the feasibility of China’s south-to-north water transfer project. He has been advising the China Government on water and development issues since then.

As part of their duty, river chiefs work with the different government bodies and enforce environmental policies for water resources protection, water pollution management, ecological restoration, and shoreline management. They are also required to physically inspect their area of supervision on a regular basis and respond to reports right away.

Each river chief’s name and telephone number is displayed on a signboard all along their area of responsibility. If a citizen sees something amiss in a specific portion of the river, like floating debris for example, the river chief is contacted so that the problem can be resolved as quickly as possible, says Prof Asit, who is a Distinguished Visiting Professor at the Lee Kuan Yew School of Public Policy.

This practice was soon adopted by other provinces, and as of 2018, there is an established network of over a million river chiefs in all of China governing the rivers and lakes at various levels (central, provincial, city, county, township).

Being a river chief is unpaid, yet most of them “do not give up their other responsibilities,” Prof Asit says. On top of being river chiefs, they still do their rightful duties as heads of villages, heads of provinces, or provincial officers.

And perhaps it is this accountability that is leading China to see significant improvements in water pollution levels of its rivers and lakes.

For Lake Taihu where the river chief system was first imposed, the proportion of Jiangsu province’s surface water that is “fit for human use” has increased from 35.5% in 2011 to 63.9% in 2016, according to Greenpeace East Asia campaigner Deng Tingting.

China also sees a very high level of voluntary public involvement when it comes to managing their waters. These volunteers come together in Waterkeeper organisations and help the river chiefs as extra eyes and ears.

“With some training from the Waterkeeper organisations, volunteers measure water quality properties on a daily basis to complement data from the Ministry of Water. They conduct simple tests such as for pH (acidity), turbidity (cloudiness), and other physical parameters, or keep an eye or ear out for signs of pollution along the rivers, and then report this to the river chiefs and also to the Water Ministry,” says Prof Asit.

People outside China often think the Chinese system is completely hierarchal. However, they have devised their own bottom-up system which is quite effective under the Chinese conditions. 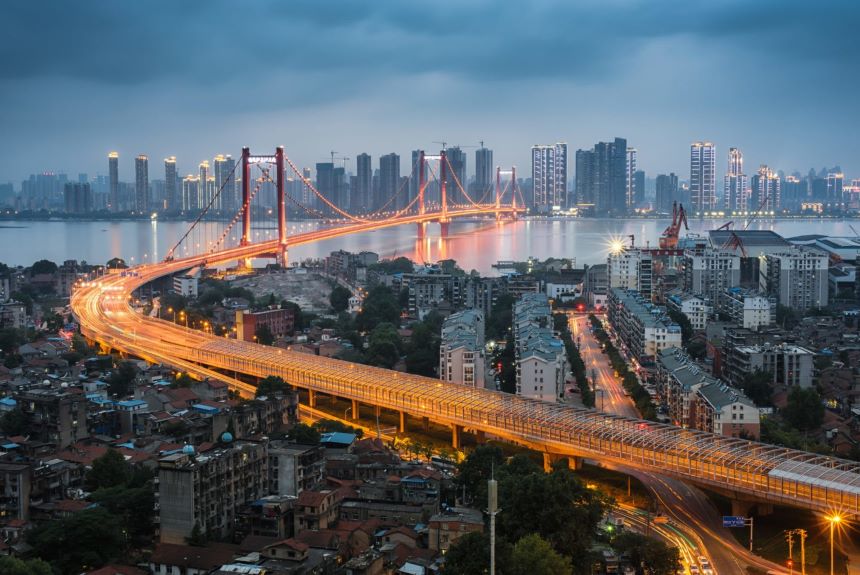 China has also taken a unique approach to concept planning for its new cities. It is creating “sponge cities” that use porous concrete, man-made wetlands, and green spaces that capture rainwater and reuse it, instead of having them flow down drains.

“These new cities are planned by building highways, roads, electricity, water and drainage systems first. Roads are always at a higher level, below that come the pedestrian walkways, and finally the ground level that has the artificial wetlands and rain gardens,” says Prof Asit.

Building the infrastructure on different levels allows the rainwater collected from upper levels to flow into the green spaces and also to rain gardens, which facilitates increased human-water-nature interactions. “This is a primary objective for the sponge city programme.”

“In one rain garden that I visited on a weekday afternoon, there must have been about 50 or 60 elderly people who were drinking tea, playing mahjong, or looking after their grandchildren who were playing around in the rain garden and shallow water bodies,” he adds.

The design of the sponge cities is meant for flood control too, which is especially helpful for low-lying cities like Wuhan. Should the amount of water collected exceed a certain height, the excess water is channelled through a big drain where it goes back into the river, and then eventually to the sea.

In 2016, torrential downpours floodedWuhan city, killing 14 and cutting some urban communities off from the rest of the city. According to the authorities, the poor drainage system and the city’s low-lying geography made it difficult for the excess storm water to be discharged back to the Yangtze river. The loss of the city’s lakes due to the urbanisation was another reason cited by locals.

Wuhan city had already been identified as a “sponge city” the year before, and the incident only served to accelerate the project; more urban areas have since been retrofitted with sponge features. In accordance with the programme’s targets, 20% of the city’s urban land will comprise sponge features by 2020, and this will increase to 80% by 2030.

The sponge city programme received criticism from experts in the West at the start, according to the professor, because the Chinese planned and put the highways and green infrastructure in place first, before building office buildings and residential homes. “This is a concept unheard of in the West, but perhaps this is just a new perspective of looking at water management,” he says.

Could other countries use similar solutions?

It remains to be seen whether China’s unique sponge city programme or its river chief system could be replicated in other countries. “Perhaps their success so far has something to do with the Chinese culture and characteristics of its people. I see it as the Chinese looking for their own solutions and doing things their own way, instead of looking to the West for answers,” Prof Asit says.

The solutions are still being perfected as the learning experience modifies, but in his opinion, China’s unique concept of water management could be something that other developing countries like India or Bangladesh should consider for possible replication, but with appropriate modifications to account for local conditions.

“What I do know for sure is that the world is underestimating China. The more I see what they have done or what they are doing with water management, the more it impresses me. They are bringing entirely new solutions to the table, and perhaps the world can take a leaf out of their book, especially when it comes to water management,” says Prof Asit.