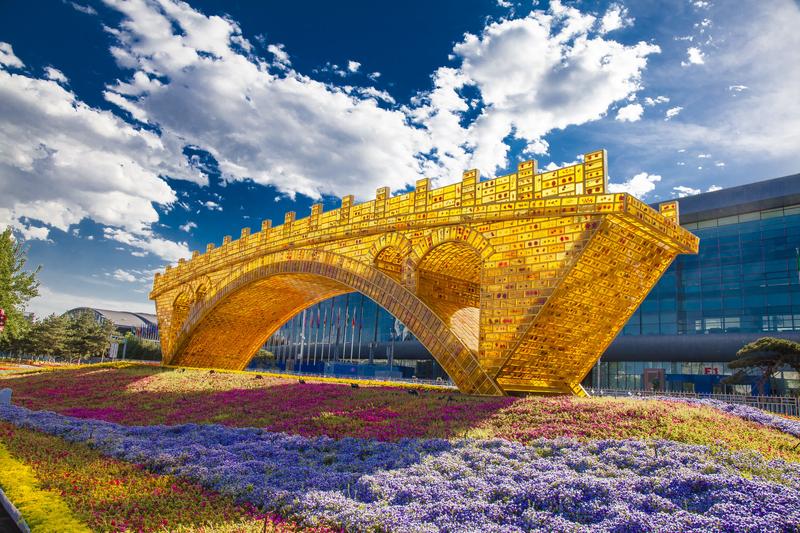 Covering at least 65 countries in Asia, Europe and Africa, 63 percent of the world population and about 30 percent of global GDP, the Silk Road Economic Belt and 21st Century Maritime Silk Road will further facilitate the access to goods and services for the rising number of middle-class families with steadily increasing incomes in developing countries.

In other words, the Belt and Road Initiative will promote connectivity between and within countries by building and strengthening infrastructure along the two routes, in order to facilitate trade.

China can help fill the investment gap in Asia

Developing countries in both Africa and Asia need huge sums to fund their development projects. With a rapidly expanding population, steady growth of the middle class and rising expectations of the people, there is a strong demand for not only new infrastructure projects but also proper operation and maintenance of the existing ones.

Last year, the Asian Development Bank estimated that developing Asia will require $1.7 trillion a year until 2030 to meet its infrastructure needs in transportation, power generation, telecommunications, and water supply and sanitation.

China has already provided significant help for improving connectivity and developing infrastructure in countries along the Belt and Road. In Africa, for example, China has helped build the Addis Ababa-Djibouti Railway. This 759-kilometer railway, which began operation on Oct 5, 2016, connects landlocked Ethiopia with Djibouti and hence with maritime trade routes of the Red Sea and Gulf of Aden.

Similarly, the Madaraka Express, connecting the Kenyan port of Mombasa with Nairobi, was opened on May 30 last year. The 489-km railway is being extended to Naivasha in northwest Kenya, and there are plans to extend it further to Uganda, Tanzania, Rwanda and Burundi and, perhaps later, to South Sudan and Ethiopia. The Madaraka Express has reduced rail travel time between Kenya’s two most important cities from 12 hours to only 4.5 hours. And train tickets cost less than that for a bus journey, which takes about 9 hours. Equally important, the earlier freight cost per container of $960 has reduced by half. The railway is also fostering economic development around the stations in terms of real estate, commercial and industrial parks, factories, logistics, and tourism, which in turn are creating additional jobs.

To ensure the smooth operation of the Addis Ababa-Djibouti Railway, the three countries have adopted a 6+2 model, meaning China will operate it for six years, and provide technical assistance for another two years. Similarly, for the Mombasa-Nairobi Railway, a 5+5 model has been adopted. And for both railways, China is training local employees who can gradually take over the operational responsibilities from their Chinese counterparts. A technology transfer, too, is part of the deal.

Since many countries and observers consider the Belt and Road Initiative a geopolitical strategy aimed at enhancing China’s global standing, it has often faced criticisms and resistance. But once the world, especially the countries along the Belt and Road, realize China has no hidden agenda or ulterior motive, the initiative will progress more smoothly to fulfill its potential of benefiting not only China but all the countries along the two routes.

The projects, however, have to be cost-effective, because the countries taking massive loans from China for infrastructure development should be able to pay them back. For example, Ethiopia and Djibouti have purchased credit guarantee insurance for their loans of about $4 billion. And Kenya is confident the new railway will add 1.5 percent to its GDP every year, and hence it should be able to pay back the loan with the revenue from passenger fare and freights charges in only four years. In fact, Kenya is so confident of the cost-effectiveness of the railway that it took another loan, of $1.5 billion, from China in December 2015 to extend the railway to Naivasha.

If things go according to Kenya’s plans, which seem likely, it will certainly be win-win for China and Kenya. And that in turn will add to the global acceptability of the Belt and Road Initiative.

Asit K. Biswas is a distinguished visiting professor at the Lee Kuan Yew School of Public Policy, National University of Singapore; and Cecilia Tortajada is a senior research fellow at the Institute of Water Policy at the same school.

This article was first published by CHINA DAILY, August 7, 2018.