How to use less water to have more? Look to Europe 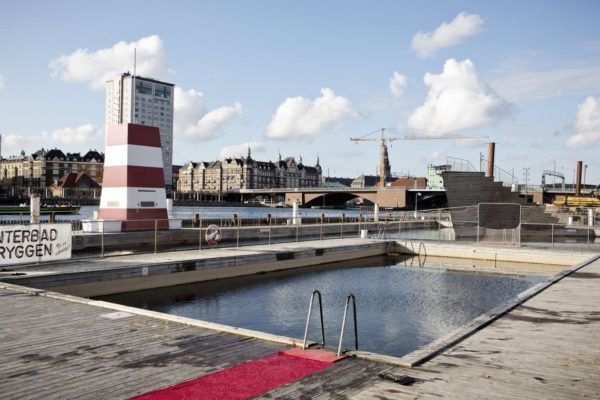 The Harbour Bath at Islands Brygge in Copenhagen allows residents to use their waterways for recreation. The water is so clean that they can swim in the city’s harbour area. PHOTO: EUROPEAN PRESSPHOTO AGENCY

For the first time in 17 years, Singapore is raising water prices. Specifics of the price hike have not yet been discussed, but the objectives are clear: to conserve water through lower use, to raise funds for building and maintaining water infrastructure, and to ensure our water needs will be met in the future.

The decision is bound to create some controversy. Proponents have pointed to the need to ensure water security in a future impacted by climate change, with longer and more extreme droughts. Others fear increasing costs of business and wonder if poor households will be able to cope.

However, focusing on managing water demand – reducing the amount of water people use instead of relying on adding new and costly supply – makes sense. To see why, let’s look at how cities in Europe have tackled their water woes.

European cities are very successful in saving water. In a 2015 comparison of water use in 40 cities from Organisation for Economic Cooperation and Development (OECD) countries, the 10 cities with the lowest domestic consumption were from the European Union, ranging from about 130 to less than 100 litres per person a day. For comparison, a Singaporean uses about 151 litres every day.

While all cities share European regulations for water protection and conservation, they have large freedoms to choose how to reach these goals. Most water provided by utilities in Europe is used by households. So cities developed their individual approaches, tailored to their own specific contexts. Three successful cities stand out.

It had to learn how to conserve water the hard way.

After Berlin was divided after World War II and the Berlin Wall was constructed in 1961, for nearly 40 years, West Berlin was forced to rely on water resources located solely on its own territory. In the process, it became an early adopter of water recycling and the closed water cycle approach, similar to Singapore.

In socialist East Berlin, water was provided without restriction and at a negligible cost.

After re-unification in 1989 and the merger of East and West Berlin’s water suppliers, prices rose from €0.13 (in East Berlin) to an average of €1.69 per cubic metre plus annual connection fees. In the process, household water consumption fell sharply from 200 litres (East) and 156 litres (West) per person down to 113 litres per Berlin resident today.

It had very high pollution levels in the 1960s, to the extent that dead fish in surrounding lakes, rivers and coastal areas were a common sight.

Today, the water is so clean that Copenhagen residents can swim in the city’s harbour area. Like Singapore, Copenhagen made it a priority to enable citizens to use their waterways for recreation. Copenhagen has also initiated water-saving campaign “Max100” and is close to reaching its goal of 100 litres per person a day.

Raising the price of water (including wastewater treatment) from €3.46 to €5 (S$7.50) in the last 20 years helped to reduce water consumption by more than 20 per cent, to currently 104 litres per person.

Located in a semi-desert climate in northern Spain, it has traditionally been battling with drought and water scarcity.

After a particularly bad drought in the 1990s forced the introduction of water restrictions, the city decided to act. Over a 15-year process (which is still ongoing), a massive water conservation programme for citizens, schools, public administration, small businesses and industry was established.

Subsidised water saving kits were made available to residents. The tariff system was reformed to penalise excessive water usage. In 2010, the water price households had to pay varied between €0.43 per cubic metre for low-end users, and up to €2.50 per cubic metre for high-end users, with discounts for applicable families.

When the city posed a 1 billion litre water saving challenge, citizens surpassed the goal set within the first year, saving more than 5 per cent of yearly domestic water.

Since 1997, household water consumption in Zaragoza has gone down from 150 litres to 96 litres per person a day today.

As these cases show, tariffs play an important part in signalling the value of water to its users. They draw attention to its scarcity, and encourage conservation.

However, they work best if coupled with other measures: protecting water resources, investing in infrastructure, and teaming up with people, creating awareness about water conservation measures and inviting society to participate.

In the end, prices are just one further tool to signal a simple truth: Water is precious. Creating a shared water conservation goal for all Singaporeans will help to make Singapore water-secure for the future.

Martin Stavenhagen is a research associate for the Institute of Water Policy, Lee Kuan Yew School of Public Policy, whose research is on urban water demand management strategies. Joost Buurman and Cecilia Tortajada are senior research fellows at the same institute.