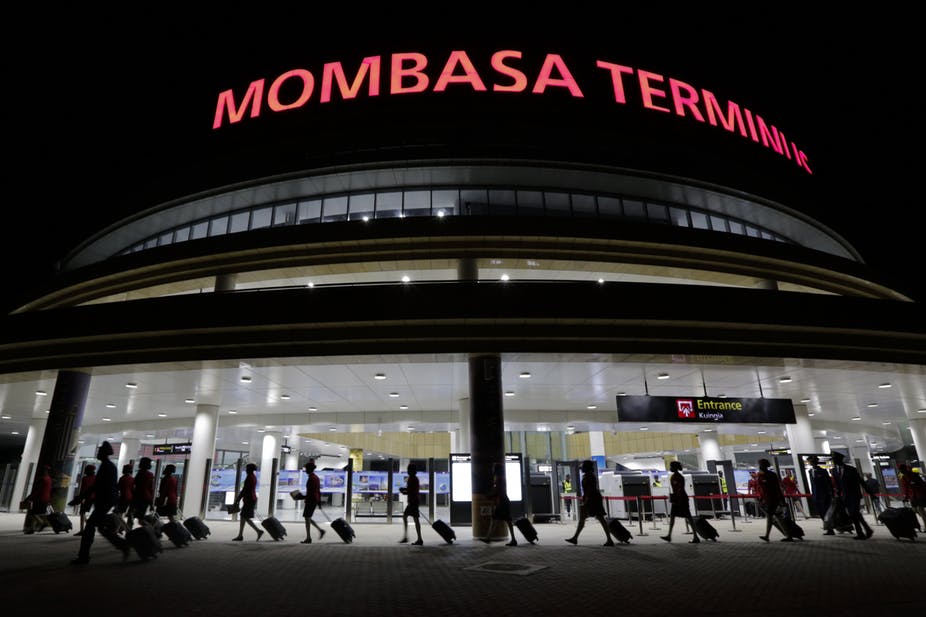 In 138 BC China took its first step towards global connectivity with the establishment of the historical Silk Road. Zhang Qian was sent by Emperor Wudi to Central Asia to establish trade relationships. His historic missions enabled China to make contact with the outposts of Hellenic civilisation established by Alexander the Great.

These efforts enabled Emperor’s Han dynasty to develop political and trade relationships with Central Asian countries. New ideas came to China, along with new plants like grapes and alfalfa and superior breeds of horses.

Centuries later, China is building a very different, very modern version of that route. The Belt and Road Initiative consists of two complementary, concurrent plans. One is an overland route connecting Europe, the Middle East and Central Asia to China. The second is the 21st Century Maritime Silk Road, which aims to connect China, South East and South Asia with Africa.

The Belt and Road Initiative will connect at least 65 countries, most of them developing economies. The routes will cover 63% of the world’s population and 29% of global GDP.

Chinese President Xi Jinping reiterated his commitment to the project during the 10th BRICS Summit held in South Africa in late July 2018. He said it would “create new opportunities of social and economic development for participating countries.”

On the face of it, the Belt and Road Initiative looks set to change a number of economic, social and strategic landscapes. But it’s essential that whatever the project produces is perceived as benefiting everyone involved – China as well as the country’s affected.

Some projects which are already underway, particularly in Africa, offer insights into how the initiative might unfold and what its benefits and pitfalls could be. These projects also suggest that China has learned from previous infrastructure investments on the continent some decades ago.

The African leg of the Belt and Road Initiative is work in progress. China says it will hold ongoing discussions with various countries and make decisions based on consensus as well as the economic, social and political feasibility of individual projects. Some of the countries poised to benefit most include Kenya, Tanzania, Ethiopia, Djibouti and Egypt.

This will cement China’s role as Africa’s main trading partner, a space it’s occupied since overtaking the US in 2009. Between 2010 and 2015, China’s foreign direct investment on the continent grew by 21.7% – and it’s still rising.

It’s important to point out that the Belt and Road Initiative will not be starting entirely from scratch. China has already provided significant help in improving connectivity and developing infrastructure in countries set to benefit from the initiative.

The 759 kilometre long railway, which connects landlocked Ethiopia to the maritime trade routes of the Red Sea and the Gulf of Aden, started carrying passengers in late 2016.

China is also responsible for constructing the Madaraka Express which connects the Kenyan port of Mombasa to the capital city Nairobi, a distance of 489 km. This railway is being extended to Naivasha in Kenya’s northwest. There are plans to extend it even further so that it eventually interconnects Kenya, Uganda, Tanzania, Rwanda, Burundi and, much later, South Sudan and Ethiopia.

The new railway has already reduced transportation time between Kenya’s two most important cities and, crucially for trade, reduced the cost of transporting a container between the two cities by half.

NEXT STEPS FOR THE INITIATIVE

The success and effectiveness of the Belt and Road Initiative will depend on many factors. These include national and regional geopolitics and the long-term economic benefits of various projects in beneficiary countries.

It will also be important that non-Chinese companies, both public and private, are able to compete successfully for a significant portion of the construction pie. And China’s economic rivals should not be excluded from bidding for and winning work.

But tension is inevitable, as has already been seen in South Asia.

China is working to complete a 6 kilometre bridge over the river Padma in Bangladesh for which it is providing over USD$3 billion loan. China is investing some USD$31 billion in other projects in Bangladesh. It also plans to spend some USD$60 billion on construction of ports, railways, roads and power plants in Pakistan.

These activities and similar infrastructure developments in other countries like Nepal, Sri Lanka and the Maldives have unsettled India, which is questioning China’s real intentions in the region.

The world will be watching as the Belt and Road Initiative unfolds – and all the players will hope the benefits outweigh the costs and are sustainable in the long term.

Asit K. Biswas is distinguished visiting professor, and Cecilia Tortajada is senior research fellow at the Institute of Water Policy at the Lee Kuan Yew School of Public Policy, National University of Singapore.

This article was first published by THE CONVERSATION, August 20, 2018.