Managing floods and soaring temperatures in Singapore under climatic uncertainties will be a huge challenge for Singapore but the biggest impediment to tackling climate change wholeheartedly is mindsets, say Cecilia Tortajada and Asit K Biswas. 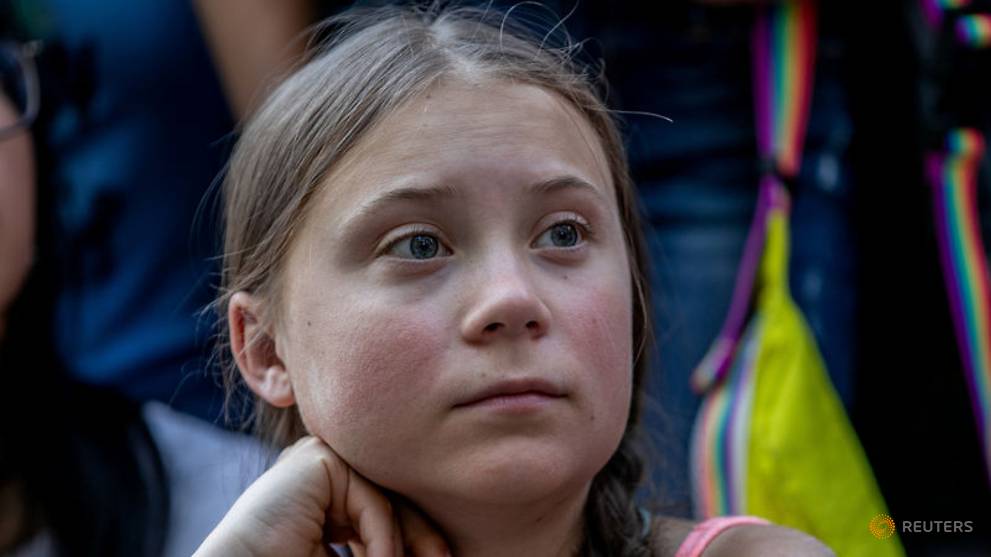 In the battle against climate change, global attitudes are finally shifting.

Most respondents to a YouGov survey of 28 countries and 30,000 respondents carried out in June to July 2019 think climate change is likely to destroy the global economy, flood cities and cause migration.

Acknowledgement of mankind’s role in this changing climate is widespread.

These mindset changes are long overdue, nearly 20 years since global action on climate change got into full swing. In 1992, the United Nations held the first Framework Convention on Climate Change (UNFCCC) in New York, which entered into force in 1994 and was ratified by 185 countries.

Among its main objectives are the promotion and supervision of norms and policies to manage climate change. Signatories agreed to stabilise greenhouse gas concentrations in the atmosphere and take action to protect the environment. 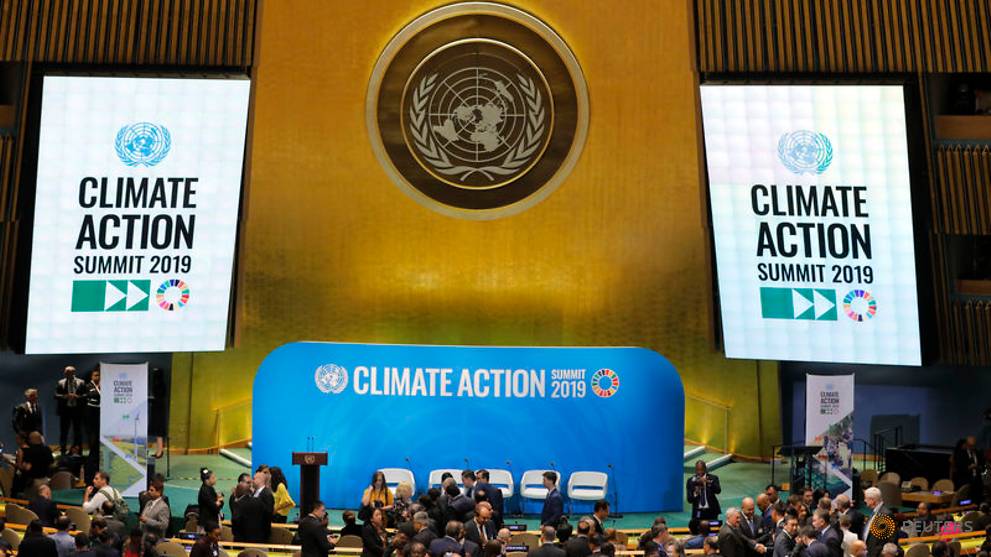 In 2016, many governments signed the Paris Agreement that outlines a plan of action to intensify actions and investments needed to realise a low-carbon future.

Countries are expected to establish policies and management, administrative, and technological mechanisms to mitigate national carbon footprints and protect their populations from the impact of climate change.

People are also expected to do their part by embracing more responsible forms of consumption and by becoming more climate resilient.

Singapore is an example of a country that has consistently planned for the long-term. Climate change has led to accelerated efforts on every front– including the groundbreaking plans Prime Minister Lee Hsien Loong announced at the National Day Rally to deal with rising sea levels.

Labelling climate change “existential”, the Prime Minister raised the warning bell but guess what? Singaporeans’ attitudes about climate change in YouGov’s survey were one of the poorest in the region.

Fewer Singaporeans (four in 10) think climate change will have a great deal of impact on their lives compared to their counterparts in Indonesia, Malaysia, Thailand, Indonesia, Philippines and Vietnam. 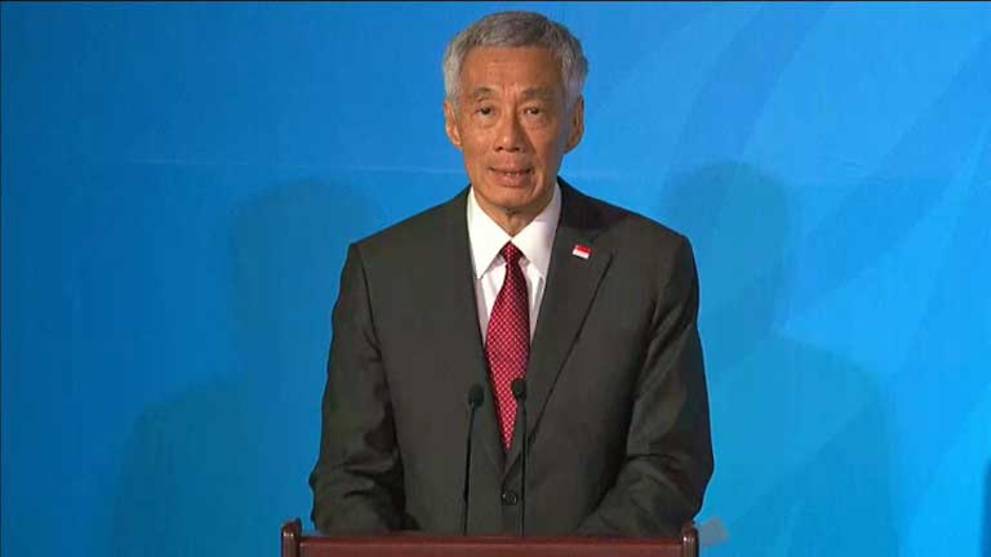 The reality is climate change will lead to rising sea levels, progressively higher temperatures and increasing variations in rainfall patterns, all of which Singapore is not immune from.

Globally, July 2019 was the hottest July recorded in history. The five-year period ending in 2019 is set to be the hottest on record, according to the UN.

Rainfall has become progressively uncertain during the last several years, with dry spells and flash floods more common than before.

The number one reason why global recognition of climate change is growing is because more people are directly experiencing climate change effects, a Yale and George Mason university study found. Singapore should be no different.

In Southeast Asia, between 2000 and 2015, floods have resulted in losses of over US$76 billion. More than 12.4 million homes have been damaged or destroyed and almost 16,000 lives were lost. 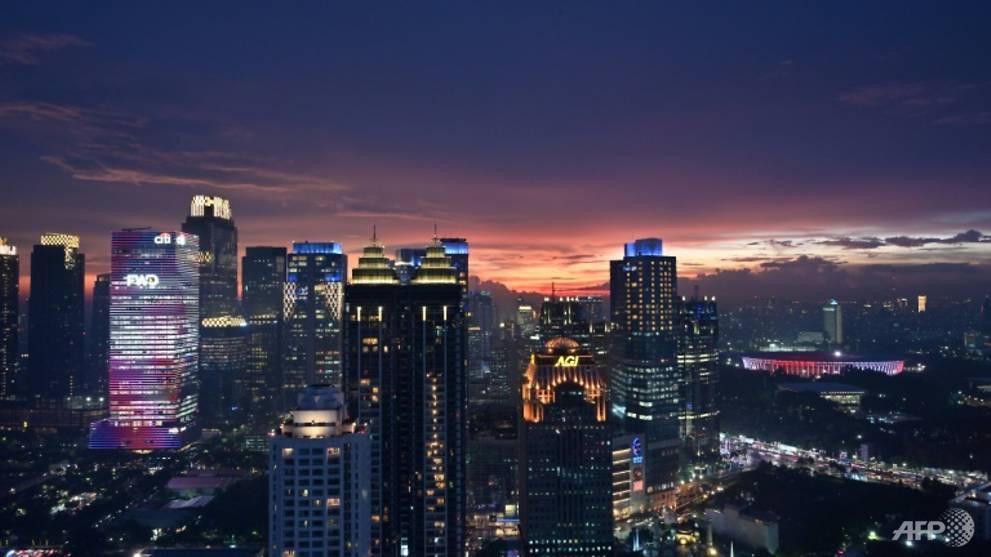 Jakarta is one of the world’s fastest-sinking cities and is at risk from earthquakes and floods. (File photo: AFP/ADEK BERRY).

During this period, in Singapore, flood damages have been estimated at US$23 million though no lives have been lost.

At the turn of this decade, Singapore experienced more intense and frequent rainfall, mainly during the wet season. 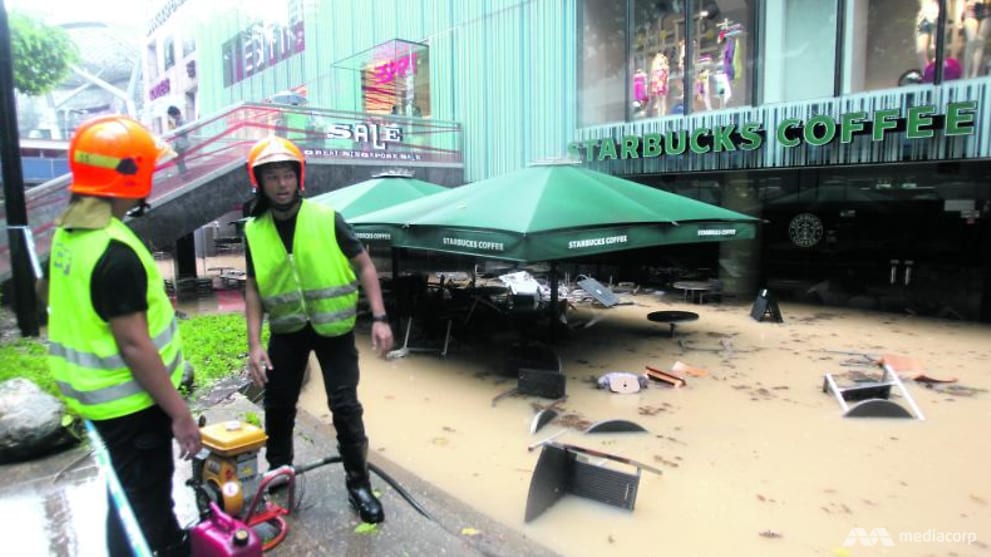 Heavy rain led to a flood at Liat Towers at Orchard Road in 2010, which caused businesses there thousands of dollars in damage. (TODAY file photo).

From 2013, there have been several flash floods with floodwaters of up to 50mm deep. However, these brief occurrences have impacted limited areas.

Might it be that Singapore has been so well protected from the effects of heavier rainfall and floods that Singaporeans think they will not be affected by climate change?

Between 2011 and 2018, improvements of around S$1.8 billion were carried out to protect Singaporeans from floods. 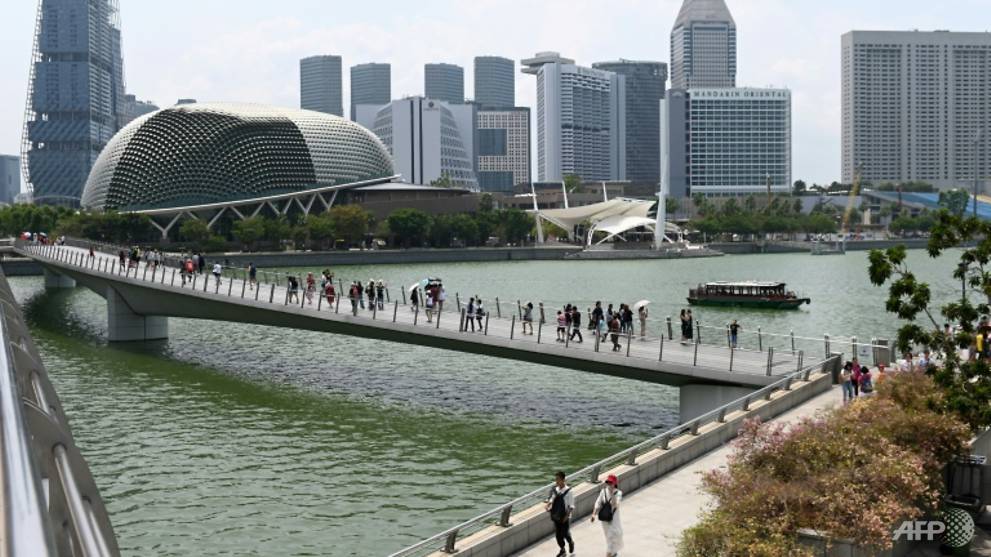 Furthermore, building codes have changed, with the minimum land reclamation levels for developments and infrastructure raised to 3m above sea levels in 2011 and soon to 4m, as announced by PM Lee at this year’s National Day Rally.

From 2014, new developments and redevelopments from 2,000 sq m, have to build storage tanks to reduce the speed of stormwater entry into public drainage. More than 470 residential, commercial and industrial developments have submitted plans and almost 140 have implemented them.

Other recent infrastructure developments include the construction of the Stamford Diversion Canal and the Stamford Detention Tank, to protect the Stamford catchment, which is 630ha and equivalent to 583 football fields, and safeguard major economic and commercial centres around Orchard Road from floods.

Similar networks of underground tunnels leading to tanks that store excess rainwaters have been built around the world – including Tokyo’s Metropolitan Area Outer Underground Discharge Channel (called Ryu-Q-Can) which discharges to the Edogawa River. 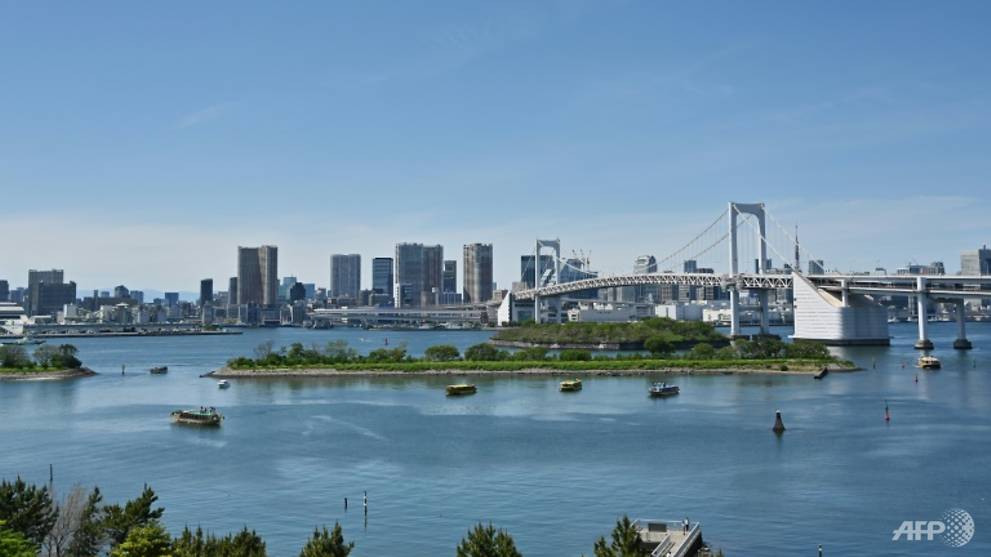 Extreme summer heat and poor water quality have given the Tokyo 2020 a headache at test events. (Photo: AFP/Charly Triballeau).

Fengxi new city, near Xian, has followed a different approach. In addition to storage for stormwater, it has developed open spaces with networks of rivers, wetlands, green belts and community parks.

In cities increasingly affected by floods, heatwaves and other effects of climate change, people often ask if more infrastructure can be constructed for better protection.

The answer, unfortunately, is that cities cannot be completely insulated from the overwhelming effects of climate change. Damages can be significantly reduced but not completely eliminated.

It is also not possible to build more infrastructure that take up huge space, much less in a small city-state as Singapore, where land is needed for many other uses.

Flood management as a climate change challenge is a wicked problem.

Should a city plan for a 50-, 100-, or 200-year flood, with the clear understanding that infrastructure for a 100- or 200-year flood will remain unused for an overwhelming period of time, but which cost of construction will be significantly higher than a 50-year flood? 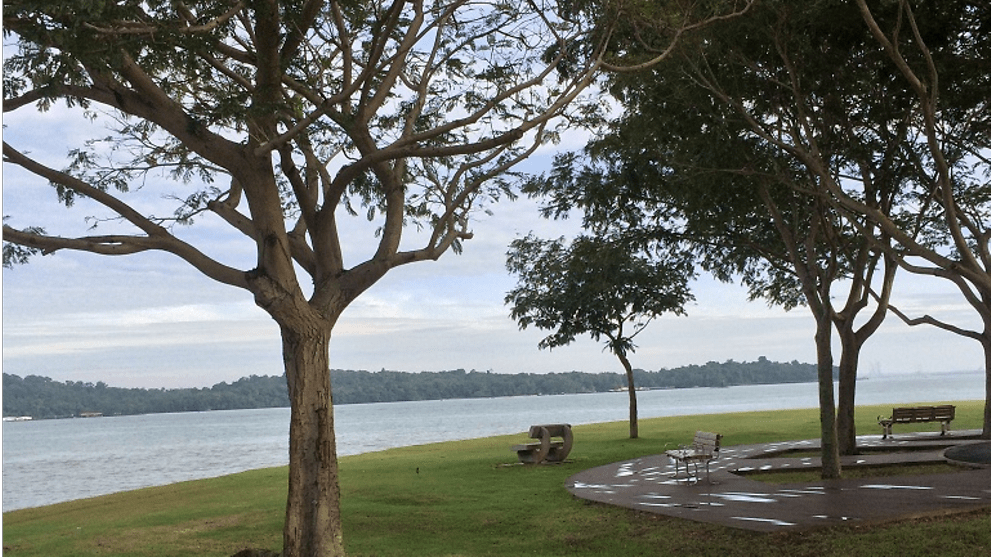 Currently, only 0.0004 per cent of Singapore’s land area is affected by floods.

Populations all over the world are learning to live with bigger floods, without bankrupting public coffers with costly infrastructure projects.

Societies certainly have to think about the type of infrastructure, the space and investments a country requires in dealing with climate change, all of which are socio-political questions to be tackled, balanced against societal affordability.

There may also be many other cost-efficient options, including green infrastructure, green areas that retain rainwater, and mangrove restoration.

Also essential are monitoring and public communication systems that alert populations of flooded areas such as the ones PUB has developed, to provide early warning of risky, flooded areas.

Collaboration among countries, cities, institutions and members of the public will make us more resilient. Only by coming together can we learn what has worked, what has not worked in different situations, and what can be adapted to a country’s unique needs.

In an uncertain world, climate change is one certainty we must all have to learn to live with. We cannot let complacency get in the way of supporting climate action whole-heartedly.

This article was published by CHANNEL NEWS ASIA, September 28, 2019.