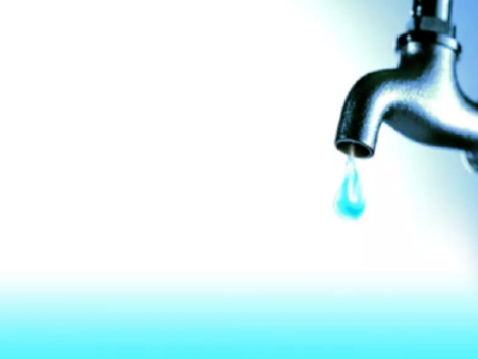 HYDERABAD — Five metropolises in India are racing towards ‘Day Zero’, a phenomenon where taps start running dry, on the lines of Cape Town, one of the richest cities of Africa, which has been reeling under one of the worst-ever water crisis.

Sounding alarm bells, Asit K Biswas, co-founder of Third World Centre for Water Management in Mexico, says days of extreme water rationing in Delhi, Mumbai, Kolkata, Chennai and Bengaluru are not faraway. “Unless Delhi government reduces per capita consumption to 100 litres per capita per day (LPCD), Delhi will run out of water. By 2030, Delhi population is set to reach an incredible 43.6 million,” Biswas told TOI. He was taking part in a three-day international seminar on ‘Global water security for agriculture and natural resources’ which began here on Thursday. 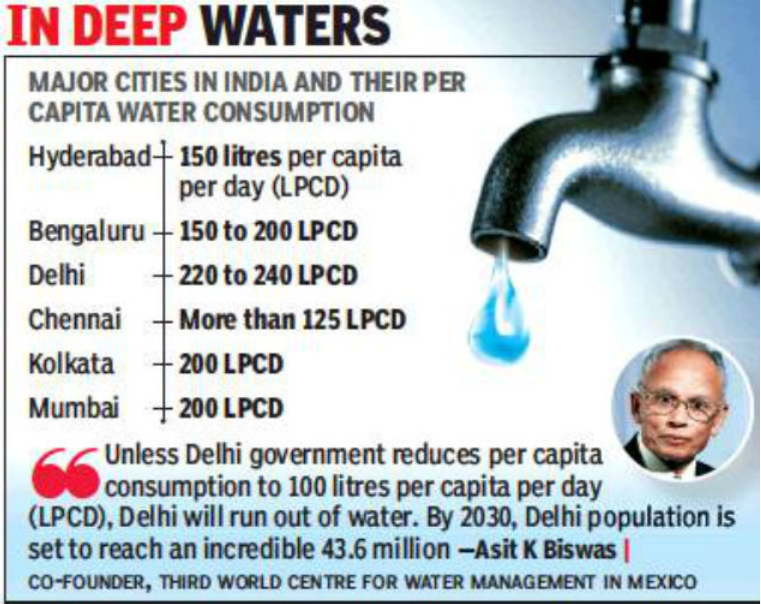 Biswas, who is also a visiting professor at the Lee Kuan Yew School for Public Policy, National University of Singapore, said the average water consumption in Delhi, as per a recent survey, is 220 LPCD believed to be the highest in the world. Indicating that the situation is very grim as 36 % of the cities across the world will face crisis by 20 50, Biswas said the governments must start restricting free water to slum dwellers , to begin with. “Also, keep away politicians’ interference in water boards, which must work independently for proper water management,” he explain ed.

“These five major cities could conceivably run out of water in the coming years and experience what Cape Town is going through right now,” experts said . As water experts had pointed out how urban water demand would go up by a whopping 80% in next 30 years, Biswas said he is aware of free water being supplied to households by HWWS&SB but shied away from making any guesstimate on the city’s water situation in future.

Though stopping short of calling it a Mad Max-like situation, the experts warn that urgent initiatives are mandatory before the water crisis spirals out of control.