By Peter Brabeck-Letmathe and Asit Biswas 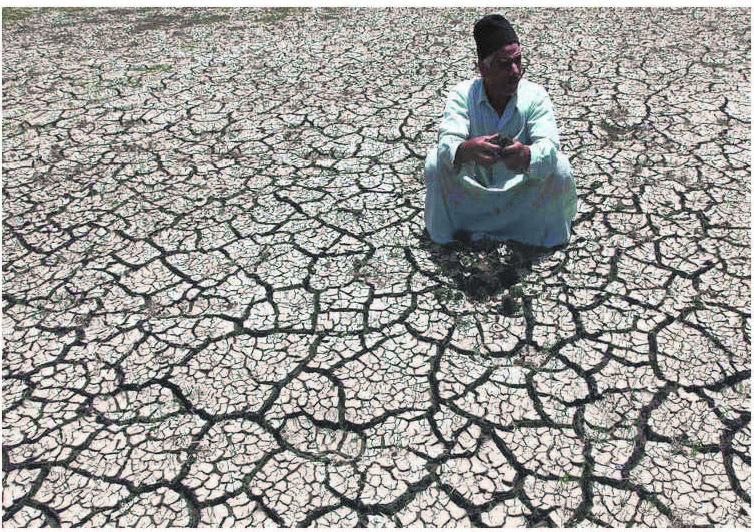 NOR ANY DROP TO DRINK Unless rapidly developing countries actively attempt to change the current development policies, they will face even bigger social, economic and environmental challenges and social disruptions in the coming decades. PHOTO: REUTERS

Water will be an important critical resource issue for the social and economic development of the world in this century. However, increasing global demands for water and poor management practices over decades have already caused significant damages to the environment.

For example, take the Aral Sea. During the first half of the 20th century, it was the world’s fourth largest inland water body, with a surface area of about 68,000 sq km, equivalent to more than half of England.

In the early 1960s, the Soviet Union government decided to divert the waters of the two major rivers, Amu Darya and Syr Darya, which fed the Aral Sea to irrigate the arid areas of Kazakhstan, Uzbekistan and Turkmenistan (which then were part of the Soviet Union). The Karakum Canal, whose construction was completed in 1967, diverted the waters of the Amu Darya to irrigate the perennially dry areas of nearly three million ha primarily to grow cotton. Although irrigation was successful, it rang the death knell for the Aral Sea. The Amu Darya, which has been completely cut off from the Aral Sea, now ends in a dam some 110 km away.

The Aral Sea started to shrink as soon as the water diversion started. Its surface area has reduced to one-fourth its original size, and its water volume has diminished by 90 per cent. The Aral Sea used to produce more than 40,000 tonnes of fish a year but by the early 1980s, the fishing industry had collapsed, dealing a deadly blow to the communities that depended on it. By the late 1980s, because of the serious reduction in river flows, the sea split into two distinct water bodies, North and South Aral. The South Aral Sea split further into eastern and western sections. Moreover, with no fresh water coming in, salinity started to increase, and all the 24 species of fish native to the sea disappeared.

As the Aral Sea shrank, it left behind a highly saline bed that was contaminated with pesticide and fertiliser run-offs spanning decades, leading to a serious public health hazard. As a result, infant mortality became one of the highest in the Soviet Union, and the incidence of cancer and respiratory diseases increased significantly.

The rising demand for water, continuing poor management practices and erratic rainfall patterns are causing water crises across the world. For example, the first official national river census of China estimated that the country had 22,909 rivers, each with a catchment area of at least 100 sq km, at the end of 2011. This is less than half of the more than 50,000 rivers estimated by the government in the 1990s. The official explanation for this shortfall is mainly the “inaccurate estimate of the past, as well as climate change, (and) water and soil loss”. This could explain why some of the rivers have disappeared, but the primary causes are likely to be declining groundwater and river flow levels, widespread deforestation and increasing withdrawal of water from water bodies.

The Aral Sea story and China’s disappearing rivers are different symptoms of two important diseases: poor water management and focus on short-term economic benefits as opposed to the longer-term view of closely linking water with the environment.

The Aral Sea disaster should have been foreseen. Growing cotton, wheat and other crops in the perennial arid steppes by diverting the water of the two main rivers of the region can never be a sustainable proposition. Given the demise of the Aral Sea, the desert boom cannot be justified in economic, social or environmental terms.

Fortunately, we have also seen some cases of good understanding of the interrelationship between water and the environment. Much of Australia, for example, faced unprecedented droughts between April 1997 and March 2010. To tackle the serious water shortage over a prolonged period, the Australian government set up the Commonwealth Environmental Water Holder (CEWH), through the Water Act of 2007, to hold and manage water assets purchased from the water market or acquired as water savings from government financed infrastructure upgrades. Its objective is to restore and protect environmental assets in the Murray-Darling Basin, which is spread over 1,059,000 sq km, which is slightly larger than the combined area of France and Germany.

By the end of March 2013, the new entity held water assets with a long-term average annual yield of more 1,100 gigalitres, equivalent to about 8 per cent of the water previously available for consumption in the basin. During the past five years, the CEWH has delivered 2,250 gigalitres of water to the rivers, wetlands and flood plains in the Murray-Darling Basin. And this diversion of water has not harmed agricultural production in the basin because of efficient water management.

The benefits of this diversion have been substantial. It has helped sustain wetlands, and support native birds and plants through improved water quality, volume and duration of flows. It has improved fish breeding and the export of salt and nutrients out of the basin. It has also connected rivers, wetlands and floodplains to improve habitats for breeding and migration of animals and birds. Besides, it has improved the quality of water for irrigation and human use, and increased opportunities for tourism.

The Australian case shows that we already have sufficient knowledge of the intricate interrelationship between water and the environment. We also know that the problems are solvable, and we often have the means to solve them. What we lack is political will and commitment to do so.

This consideration is especially important for many Asian countries such as China, India, Indonesia, Malaysia and Thailand which have witnessed high economic growth rates in recent years but have not paid enough emphasis on good water governance and environmental protection. These countries now face enormous challenges in combating existing air, water and soil pollution because of past neglects and poor policies.

Singapore’s experience has categorically shown that cleaning up of rivers and managing land use bring very significant social, economic, environmental and health benefits. In fact, on a long-term basis, it costs more to live dirty than to live clean. Thus, unless the rapidly developing Asian countries actively attempt to change the current development policies, they will face even bigger social, economic and environmental challenges and social disruptions in the coming decades.

Peter Brabeck-Letmathe is the chairman of the board of Nestle and chairman of 2030 Water Resources Group. Asit Biswas is Distinguished Visiting Professor at the Lee Kuan Yew School of Public Policy, Singapore and founder of the Third World Centre for Water Management.