Obesity is a growing crisis that governments cannot afford to ignore. 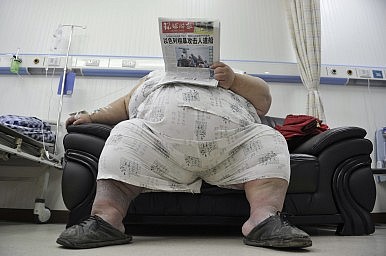 The United States is known for being bigger, faster, and louder – from business to entertainment, and lately even politics. The idea of big also extends to body type, with a majority of adult Americans struggling against weight gain. However, the United States is not among the world’s top-10 most obese countries. According to the CIA World Factbook (and World Health Organization data), the 18 countries more obese than America are concentrated in the South Pacific, Middle East and Latin America. As developing countries urbanize, obesity will become more globally prevalent, posing unforeseen threats to public health and testing the policy resolve and fiscal capacity of governments.

In 2014, the Overseas Development Institute estimated that of the world’s 1.46 billion obese people, 904 million (62 percent) live in developing countries. References in the United Nations’ Sustainable Development Goals to “improved nutrition” and “non-communicable diseases” are implicitly applicable to obesity, but progress is doubtful without serious policy action in developing countries that have typically emphasized only economic growth. Asia is uniquely vulnerable, particularly as rural-to-urban migration continues. Increased consumption of processed and convenience food by migrants, and more sedentary urban lifestyles among all population groups, contribute to obesity but often elude policy intervention.

Between 1961 and 2009, global consumption of sugar and sweeteners rose by 20 percent; both are linked with obesity and related complications. At the individual level, these complications include diabetes, high blood pressure, heart disease, cancer, breathing disorders, and even lost memory. The International Diabetes Federation (IDF) has predicted that 10 percent of the world’s adults will have diabetes by 2030, and more than 10 percent of those aged 20-79 in China, Brazil, the United States, and the United Arab Emirates. According to the IDF, 80 percent of diabetics are in low and middle-income countries. Alarmingly, China experienced a 414 percent increase in the prevalence of overweight and obese individuals between 1980 (3.7 percent) and 2002 (19 percent).

Obesity-related complications not only compromise individual quality of life, but also strain national health systems and account for an increasing share of health costs (21 percent in the United States, according to a 2012study). A 2010 study found that in China, home to an estimated 92 million diabetes sufferers, obesity accounted for 3.7 percent of medical costs in 2003. In the intervening 13 years, higher incomes, urbanization, and the popularity of Western fast food have likely raised that percentage. In addition to the fiscal uncertainty of addressing this unforeseen health crisis, the wider costs of obesity to the overall economy include lost work time and higher insurance costs for employers.

As the world’s most rapidly urbanizing region, Asia is projected to be 64 percent urban by 2050. Scores of young rural migrants are flooding cities in search of work, despite recent economic uncertainty. Limited incomes, time constraints, and availability of convenient fast food may push these groups towards unhealthy eating habits. Obesity, quick to develop in those who are genetically prone and even in those who are not, often leads to lagged complications. Like American “baby boomers” recently generating a demand spike for elderly services, Asia’s urban newcomers who become obese may surprise governments with an array of health problems in several decades. Will governments recognize this threat now, or leave it to future leaders?

The spatial dimension of obesity illuminates one policy option. The concept of food deserts refers to the absence of grocery stores and healthy food vendors in low-income areas. In these places, people unable to travel far for healthier food must eat what little is available nearby. This typically includes fast food and items from convenience stores, where there is scant selection aside from processed and preserved goods. In addition to the usual publicity campaigns and education programs, cities must make healthy food options more widely available in disadvantaged neighborhoods, where obesity rates are often higher. One option is “urban farming,” which can be done in empty lots or on the properties of public facilities such as schools and parks. This not only addresses the food desert problem, but generates healthy habits – particularly among children – and can bring communities together for a productive reason.

However, healthy food programs face challenges, in particular from the food and beverage industry. In the late 20th century, American cigarette manufacturers responded to declining domestic demand by courting consumers in developing countries, where the combination of large populations and the addictive nature of cigarettes guaranteed the survival of the industry for generations. In a similar vein, awareness of the negative health impacts of sugary drinks in the United States has reduced demand, compelling soda manufacturers to pursue markets in developing countries. According to a Coca-Cola executive, “There’s 600 million teenagers who have not had a Coke in the last week.” This thinking may be appropriate for corporations, but it is bad for public health. Import regulations and taxes are one way to fight back. India has already considered a 40 percenttax on soda, and a similar tax in Mexico was found to have decreased purchases by 12 percent.

Governments cannot afford to ignore the gathering crisis of obesity. The challenges of urbanization, including pollution, congestion, and overcrowding, have already been acknowledged. Public health should be added to the urban policy agenda, in the context not only of pollution but also of obesity. Food regulations – which already exist for additives and preparation conditions – can be used to generate a healthier range of consumer options. City governments can complement such efforts by ensuring a more equitable spatial distribution of healthy food vendors. Asia should to look to developed Western countries for cautionary tales about the long-term effects of poor nutrition. The problem is clear; the policy urgency is lagging.