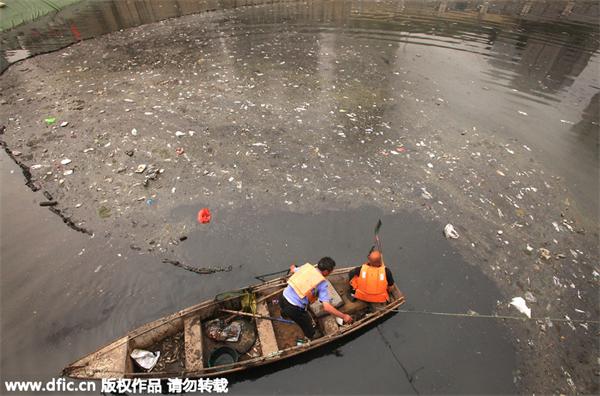 As the second-largest economy in the world, China is not only playing an increasing influential role in the global economy, but also leading changes that would have been unthinkable even a decade ago. It is establishing new norms and rules in global aid and has successfully challenged the traditional aid architecture prevalent for the past half century. And the newly established Asian Infrastructure Investment Bank has displaced the once-seemingly irreplaceable American and Japanese domination of development plans for Asia.

Laudable though its economic growth and other achievements have been, they have come at significant costs to its water, air and soil, which pose a threat to human health and the environment. Signs of water stress can be seen all over China, both in terms of quantity and quality. Much of this is because of poor planning and bad management. It has resulted in the disappearance and pollution of numerous rivers and the consequences that come with it.

The Yellow River has frequently run dry before reaching the sea because of extensive diversion of water, mostly for agriculture, eroding what used to be an ecologically rich delta. More recently, the level of Poyang Lake, the largest freshwater lake in the middle of the Yangtze River, dropped radically because of drought and consistent overuse of water.

In terms of water quality, discharges of untreated or partly treated industrial and domestic wastes have seriously contaminated water bodies in different parts of the country. These include a drastic increase in the release of carcinogenic substances by Jilin Petroleum and Chemical Co into the Songhua River which, together with the Heilongjiang River, forms the natural border with Russia; heavy metal contamination in the Hejiang River because of discharge of industrial waste from mines, many of them operating illegally; oil spills in the Bohai Bay, one of the fastest growing industrial regions; and floating dead pigs in Huangpu River, a source of drinking water for Shanghai.

In 2014 alone, high levels of carcinogenic substances were found in drinking water in Lanzhou, Gansu province, due to crude oil leak from a pipeline owned by a unit of China National Petroleum Corporation; and Wuhan faced serious water constraints because of chemical pollution in the Hanjiang River, its main source of drinking water.

China has reasonably good legislation on environmental protection but it is seldom enforced. The Prevention and Control of Water Pollution Law clearly stipulates water quality and pollution discharge standards to prevent surface and groundwater pollution. But the law is not fully implemented.

As people have become more affluent and informed, they are becoming more aware of the health and environmental risks, on which they have no control. Aware of the pollution problems as well as public concerns, the country’s top leadership declared a “war against environment pollution” last year. At the recently concluded annual session of the National People’s Congress, or the top legislature, Premier Li Keqiang said the problems are “a concern that is uppermost in all people’s mind”, and acknowledged that the progress “made still falls far short of the expectation of the people”. But he emphasized the government’s determination to continue its “efforts until we achieve our goal”.

China’s water problems have developed over decades because of lack of proper management. Now that the government has publicly acknowledged the magnitude of the problems and people are demanding effective solutions, the problems will decline. But that will happen over a period of years, not overnight.

The author is a senior research fellow at the Lee Kuan Yew School of Water Policy and former president of the International Water Resources Association.