City Water for All 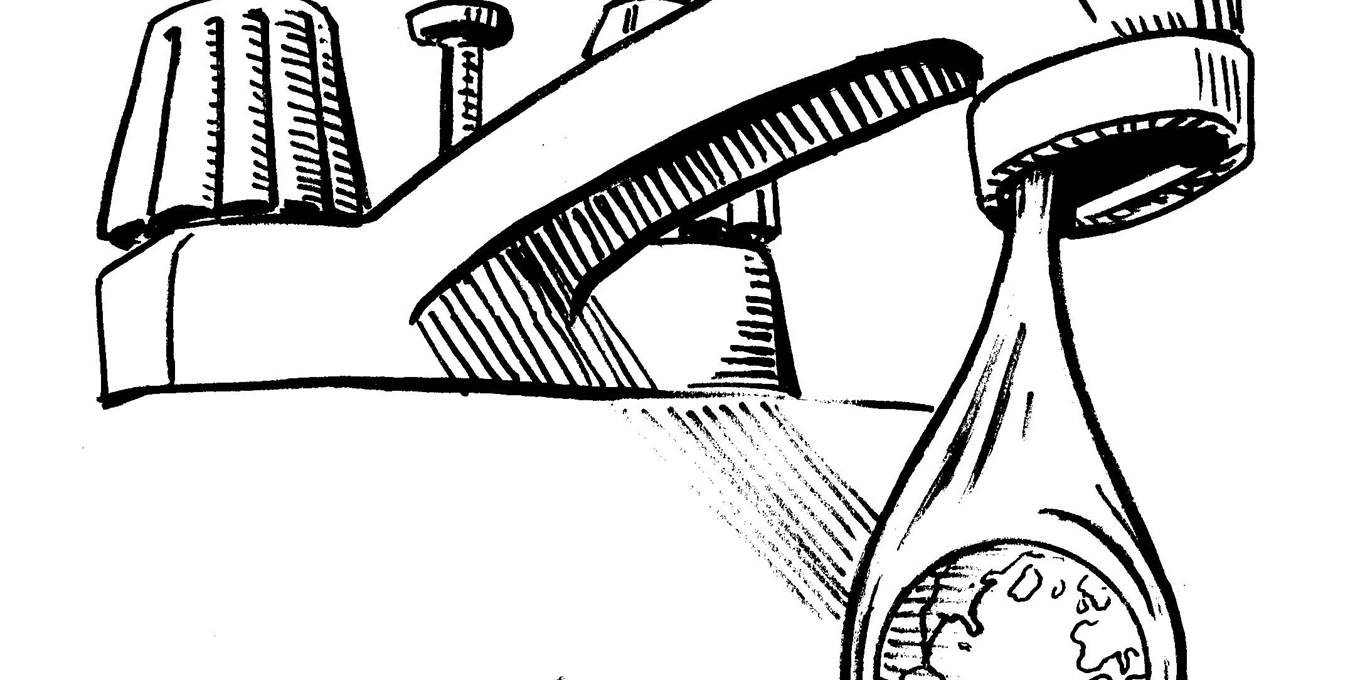 The United Nations uses the term “improved” sources of water to describe what is supplied to residents of many urban areas around the world. Unfortunately, “improved” does not always mean “clean” or “safe.”

How many people in the world’s towns and cities can drink the water in their tap without risking their health? The answer is probably impossible to determine. Indeed, the United Nations uses the term “improved” sources of water to describe what is supplied in many urban areas around the world. Unfortunately, “improved” does not always mean “clean” or “safe.”

The 2012 update of the World Health Organization’s report Progress on Drinking Water and Sanitation estimates that at least 96% of urban dwellers in emerging economies like China, India, Thailand, and Mexico have access to “improved” sources of water. And yet a study carried out by the Asian Institute of Technology found that less than 3% of Bangkok’s residents drink water directly from the tap, because they do not trust its quality.

Visit any major city in an emerging economy, from Mexico City to Mumbai, and you will be hard pressed to find anyone who believes that the water piped into their homes is fit to drink. Estimates by the Third World Center for Water Management indicate that more than two billion people do not trust the quality of the water to which they have access.

It doesn’t have to be like this. In the Cambodian capital of Phnom Penh, one official has shown that good management of this precious resource can make a difference. When Ek Sonn Chan became Director-General of the Phnom Penh Water Supply Authority nearly 20 years ago, the city had a dismal water supply, with nearly 83% lost to leakages and unauthorized connections.

With a low-key but firm management style, Chan began to turn things around. He built up the Authority’s capacity by training and rewarding his most effective staff and refusing to tolerate corruption. After just a year on the job, the Authority’s technical and performance indicators started to improve. Fifteen years after he took over, annual water production had increased by more than 400%, the water distribution network had grown by more than 450%, and the customer base had increased by more than 650%.

Today, the Authority says that there are no unauthorized connections in Phnom Penh. Losses from the water system are just over 5%, similar to what one would find in Singapore or Tokyo, two of the best water-supply systems in the world. Thames Water, a utility in Britain, reported losses in 2010 that were five times that rate. By most performance indicators, Phnom Penh now has a better water-supply system than London or Washington, DC.

Perhaps more remarkable is that Phnom Penh’s water-supply business model works. All consumers are metered, and both rich and poor pay for the water that they consume, which costs 60-80% less than it did when people bought untreated water from private street vendors, an unreliable source in more ways than one. Today, the city’s poorest households receive drinkable piped water around the clock.

The Authority recovers all of its operating costs from tariffs, and must depreciate its assets with time. More than 94% of supplied water is billed, and the collection rate has been close to 100% for more than ten years. The Authority shows that good management of urban water resources is not only financially viable in emerging economies, but also benefits the whole population.

All people have a right to the water that they need for drinking, cooking, and cleaning. And yet, around the world, political and business leaders still make excuses for the lack of clean and safe drinking water in our towns and cities.

The arguments are well rehearsed: water scarcity, lack of investment funds, the inability of the poor to pay for water, and inadequate access to technology. But, in our view, these claims are merely attempts to hide real problems. Poor governance is no excuse. Neither is the absence of political will to charge people for the water that they consume, even if doing so would ensure a more reliable supply.

Cambodia has shown that you can achieve a great deal within a decade. If Phnom Penh – with all of its financial, technical, and institutional challenges – can do it, why not other urban centers in emerging markets elsewhere?

Peter Brabeck-Letmathe, Chairman of Nestlé, is Chairman of the global public-private partnership 2030 Water Resources Group (WRG). Asit K. Biswas is Distinguished Visiting Professor at the Lee Kuan Yew School of Public Policy in Singapore and co-founder of the Third World Center for Water Management. He was a founder of the International Water Resources Association and World Water Council.

This article was originally published by PROJECT SYNDICATE, March 21, 2012.