Can world’s water crisis be solved? 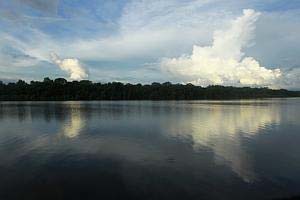 Right to water? One hundred and twenty-two countries approved the non-binding ‘right to water’ Resolution at the UN General Assembly in 2010, while 41 countries abstained from voting. But acceptance of such a right without appreciating its implications may prove problematic. – PHOTO: REUTERS

The global water crisis is accelerating, but it does not make many headlines. Global demand for water reached 4.5 trillion cubic metres in 2012. If the current trends continue until 2050, water consumption will increase by yet another 55 per cent. Today water demand outstrips water supply by 300 billion cu m. Twenty years from now water demand is projected to overshoot supply by as much as 40 per cent, unless the current water policies are radically changed.

The good news is that the water crisis the world is facing at present can be solved with good policies and management practices with the use of proper technologies. Managing water efficiently is no a rocket science. Take the example of Singapore. The country collects and treats all its wastewater.

Singapore’s so-called “NEWater” meets more than 30 per cent of its water demand. Take also the example of Hungary. From 1992 onwards, the government increased water prices from 0.2 euro to 0.5 euro (S$0.32 to S$0.80) per cu m, leading to a total decline in the country’s water use of about one-third by 1996.

The bad news is that despite available technologies and vast policy know-how, poor water management prevails in nearly all countries of the world. The Third World Centre for Water Management has estimated that only about 10 per cent of wastewater from Latin American metropolises is collected, properly treated, and then discharged safely to the environment. The situation is likely to be similar in developing Asian countries and probably worse in Africa. In addition, policymakers in many countries around the globe continue to provide water for free or at highly subsidised rates, including for agriculture which accounts for nearly 70 per cent of the global water use. Consequently, as much as 60 per cent of the water diverted for irrigation globally is wasted.

Why do most countries in the world fail to manage their water efficiently? A core reason for this failure is political inertia and lack of public awareness of the importance of efficient water management which can improve their quality of life significantly. The impact of current poor global water management is widely ignored. The water crisis is a hidden crisis. Politicians hesitate to build new wastewater treatment plants because such new facilities need to be financed and then properly managed. They are afraid of adopting a pricing policy which reflects the true costs of water services because in their minds rising prices equate to losing votes. Also, people who are now receiving free or highly subsidised water will fight tooth and nail to keep these privileges irrespective of the final costs to the society.

Accordingly, creating more water awareness is central to overcoming this political and social inertia which are primarily instrumental in maintaining the current status quo.

Ironically, the United Nations approach to water awareness may even add to this problem. In 2010, the UN General Assembly formally acknowledged the “right to water”. One hundred and twenty-two countries approved this non-binding Resolution, while 41 countries abstained from voting, including the United States and Canada. Acceptance of such a right to water without appreciating its implications may prove problematic for at least two reasons.

First, for many non-governmental organisations and social activists such a right means free provision of water. Policymakers may now hesitate more in adopting necessary policy tools such as proper pricing since they may be afraid of being accused of violating the right to water. As long as water is provided as a free public good, its consumption will be excessive, conservation will not be feasible, and necessary investments will not be forthcoming.

Second, the right to water comes along with overly ambitious indicators and little advice on how to reach them. By 2015, one of the Millennium Development Goals plans to halve the proportion of the population without sustainable access to safe drinking water and basic sanitation compared to 1990. The UN Secretary-General, Ban Ki Moon, has already claimed that the water supply goal has already been achieved. This is of course sheer nonsense. According to our estimate, at least 2.3 billion people lack access to drinking water which can be drunk without any health hazard. The current UN estimate that “only” 780 million people do not have access to clean water is meaningless since it has no relation to water quality. People always had access to water: otherwise they would have been long dead! The main issues are quality and convenient access to water.

Reaching the UN goal in such a short time is infeasible. Politicians are attracted and then overwhelmed by lofty targets. While they like the goals, they are not willing to make the hard decisions which are essential if such targets are to be reached.

Proclaiming water as a human right will not solve the world’s drinking water problem. It may be a step in the right direction but is not a sufficient condition to ensure universal access to clean water. With rights come responsibilities and accountabilities. Unless all these issues are handled holistically, implementable solutions will not be forthcoming. These will need water awareness.

Water awareness is at a nascent stage. Take the example of the US. According to the 2012 Xylem Value of Water Index, half of Americans estimate their average water use is only 50 gallons (0.2 cu m) per day. Yet, they use double that amount! Some 56 million Americans drink bottled water exclusively. They fear that tap water might pose health risks. Tap water in the US is drinkable without any adverse health impact.

Industry lacks understanding and water awareness as well. Whereas 94 per cent of Fortune Global 500 companies report board-level oversight of climate change activities, only 57 per cent report oversights on water-related policies and plans. This gap is puzzling, especially from a profit-maximising perspective because water risks are much more short-term and definitive compared to climate risks which are over the long term and very uncertain.

Whereas the understanding of water and water consumption is low and too little action is undertaken to decrease the water footprint, both private consumers and companies need to recognise this knowledge gap and understand that something needs to change. For example, 75 per cent of Portuguese admit they are not well informed about problems facing groundwater, lakes and rivers in their country, and 79 per cent of the Americans fear that water is becoming scarce.

What is needed now is a global water awareness campaign which builds upon this initial understanding. Political inertia can then be overcome. How would such a campaign look like? Who would need to participate in it? Gallup suggests that people trust most the water scientists (79 per cent), followed by state environmental agencies (73 per cent), environmental groups (66 per cent) and water companies (64 per cent). Hence, these players need to be at the centre of such a campaign.

Indeed, water scarcity needs to be discussed in schools. MBA programmes need to incorporate water management in their curricula so that future business leaders understand that managing water efficiently helps companies to maximise profits, even for the short term. Future business leaders must also understand that water management is an integral part of any corporate social responsibility activity.

Currently water scientists primarily express their views in technical journals which are read only by a few other water scientists. They must reach out to magazines, newspapers and blogs as tools to disseminate their views and solutions. Sadly, discussion of water takes place mostly within an inward-looking and “water-tight” profession. This has to change.

State environmental and water agencies need to understand that their role is not only to regulate water, but also to educate citizens about water usage and water problems.

A good example in this context is the Arizona Department of Water Resources which announced that April is the state’s water awareness month.

During April, the entire agency is devoted to reaching out to its citizens, by celebrating water festivals or disseminating information on low water-use lifestyles via new social media.

Another pioneer in this context is Singapore’s Public Utilities Board (PUB). PUB has run conservation campaigns since the early 1970s. PUB initiates meter reading contests, organizes public water fora and established a Water Conservation Centre with interactive exhibitions. Such initiatives are an integral part of Singapore’s efforts to improve water management.

In 1995, the agency launched a particularly remarkable awareness strategy. For one week, water supply to 30,000 randomly selected households was interrupted for as long as 14 hours per day to wake the public up and remind them of the importance of water.

Such tactics and awareness campaigns have fostered long-lasting behavioural changes in Singapore. Today 94 per cent of Singaporeans feel they have to play a part in water management. Singapore’s per capita water consumption has dropped from 172 litres per day in 1995 to 153 litres per day in 2011. PUB aims to lower the per capita water consumption to 140 litres by 2030, mainly through adopting more awareness tools. However, much more needs to be done.

In addition to such campaigns run by environmental agencies, environmental NGOs also need to play a part. Utilities need to send information leaflets on water issues with every bill their customers receive.

This is an initial collection of ideas of what a global water campaign could include. Creating such water awareness will be no panacea. No water campaign will ever be able to match the successes of anti-smoking campaigns. The implications of non-sustainable water consumption are more intangible and less drastic, whereas smoking endangers the very life of the single consumer. However, such a water campaign may help to prepare the ground for overcoming political inertia and implementing smart water policies and water-saving technologies.

Asit Biswas is the Distinguished Visiting Professor at the Lee Kuan Yew School of Public Policy, Singapore, and founder of the Third World Centre for Water Management. Julian Kirchherr is a graduate student on public policy and management at the London School of Economics and National University of Singapore.