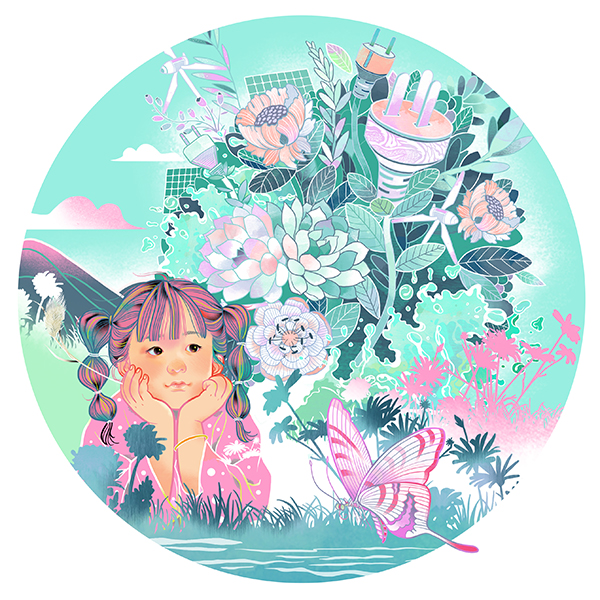 The Fourth Plenary Session of the 19th Communist Party of China Central Committee is expected to study several important issues on upholding and perfecting socialism with Chinese characteristics and modernizing the national governance system and governance capability. The plenum is also likely to propose policies to ensure the CPC is governed “in accordance with law”.

For decades, China has been following the principles of market economy in which the State sector has played an important role.

THE IMPORTANCE OF STATE GOVERNANCE

Since 2012, the Chinese leadership has consistently accorded top priority to reforming the governance system, especially because the world is becoming increasingly complex and events outside the country, on which the leadership has no say or control, are increasingly likely to affect China’s economic and social development.

Unexpected events are hard to predict; and it is even harder to mitigate the risks stemming from them. China is dealing with these complex problems in a way that would allow the political leadership to take timely and appropriate actions and delegate economic management to local levels to deal with them.

The central leadership has emphasized the importance of making the governance system even more efficient. It has stressed that good governance requires the timely exercise of economic, political and administrative instruments to manage both expected and unexpected events. This effectively means the leaders have to rely heavily on functional institutions and appropriate regulatory and legal frameworks that have to be implemented in a proper and timely manner.

In 1994, China introduced performance-based systems to assess and promote local leaders, which have two distinct advantages. First, since the local leaders are promoted to the national level, they come with a good understanding and appreciation of local conditions, perceptions and aspirations. Second, the practice has given rise to healthy competition between local leaders, which has contributed to local social and economic improvements.

The identification and promotion of good leaders helps improve the performance of institutions, which in turn results in good governance and boosts China’s development. At the 18th National Congress of the CPC in 2012, when Xi Jinping was elected as the general secretary of the Party Central Committee, the importance of building an ecological civilization with Chinese characteristics was elevated to a high political level.

That gave a clear signal that the Chinese leadership accords high priority to economic development consistent with environmental protection and conservation.

In order to achieve this ambitious objective of building an ecological civilization, a comprehensive “master plan” for institutional and systemic reform was announced in 2015, which listed a series of principles and objectives, and declared that by 2020, China would “complete the institutional set-up” to achieve ecological civilization. It also noted, correctly in our view, that “natural resources should be properly valued” and “holistically managed”.

TOWARD AN ECO-FRIENDLY AND GREEN DEVELOPMENT

Since 2012, China has made remarkable progress in formulating and implementing plans to improve the environment and ecology of the country, along with its stellar economic progress.

For example, the “Air Pollution Action Plan” announced in September 2013 was a major milestone in China’s march to build an ecological civilization. It was a most ambitious program, the type of which was not witnessed in the history of any country. The objective was to reduce air pollution at the national level in only five years. The standards for PM2.5(particulate matter with a diameter of less than 2.5 micrometers) were set in different regions. These targets required 33 percent reduction for Beijing and 15 percent for the Pearl River Delta region by the end of the plan in 2017. When these targets were set, very few Chinese, even fewer international experts, thought they were achievable.

Not surprisingly, when French President Emmanuel Macron visited China in January 2018, he remarked: “I have never seen China like this.” The same week, Greenpeace East Asia, an environmental NGO, noted that Beijing’s PM2.5 level was 54 percent lower in the fourth quarter of 2017 compared with the same period in 2016. Greenpeace also noted that the levels of PM 2.5 in 26 cities of northern China were one-third lower.

China has followed up its 2013 Air Pollution Action Plan with a new, even more ambitious, 2018-20 Action Plan for winning the “blue sky war”, which is much wider in scope and has stricter targets.

In 2018, following a major institutional reform, climate change and carbon emission responsibilities were moved from the National Development and Reform Commission to the Ministry of Ecology and Environment, which is also in charge of the three-year Action Plan. The objective is to achieve “large reductions in total emissions of major pollutants in coordination with reduction of greenhouse gases”.

As such, China is on route to winning its “war on pollution”. The reforms and improvements in governance practices mean the country has not only become an economic superpower in four decades but also will reduce its air and water pollution within an even shorter period. No other country has managed to achieve these two difficult tasks in such a short period.

This article was published by CHINA DAILY, October 29, 2019.