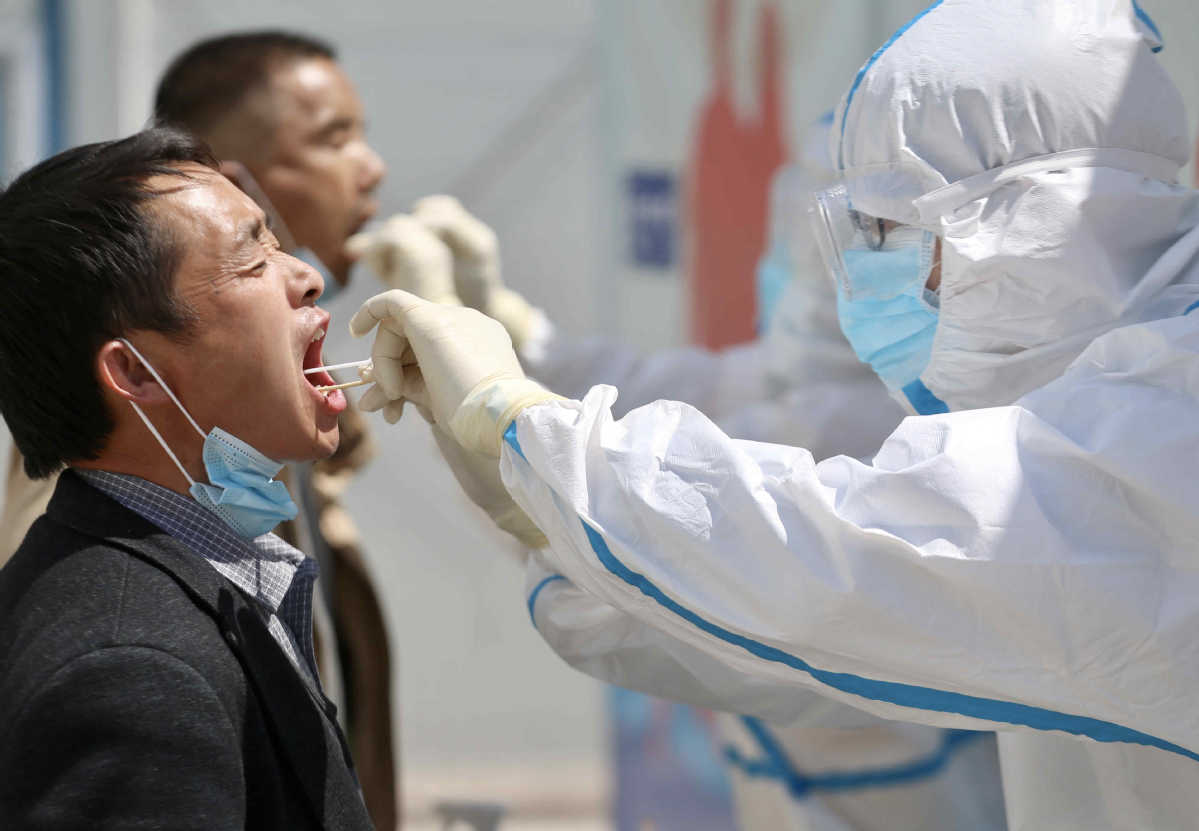 On June 11, Beijing reported a new outbreak of novel coronavirus after 56 days of “zero new cases”. A 52-year-old man surnamed Tang was the first among the new cases to test positive for the virus. He had neither left Beijing nor come in contact with anyone from outside the city over the previous 14 days. Tang was diagnosed with mild symptoms after having cycled to a nearby testing center. He had been to Beijing’s largest wholesale market, Xinfadi, which supplies about 80 percent of Beijing’s vegetables, fruits and meat.

After the infections were confirmed, the government swung into action.

Five days later, the government upgraded its COVID-19 emergency response to level II. Schools, which had just reopened, were ordered closed again. About 60 percent of commercial flights in and out of Beijing were canceled, and people across China became wary of visitors from Beijing.

Before that, on June 6, Beijing had lowered the COVID-19 emergency response to level III.

With the Chinese government having largely contained the coronavirus at home and offering help to other countries to fight the pandemic before the new outbreak, Beijing residents had come to believe that life was gradually returning to normal. Although people were still wearing face masks outdoors, they were flocking in large numbers to restaurants and other public places. And subway station officials and office building janitors seemed less paranoid about crowds.

The new outbreak has changed all that, especially because Beijing authorities require individuals and organizations to strictly adhere to a set of nine top-down health and safety measures.

To ensure Beijing does not become “Wuhan 2.0”, the city government has locked down more than 40 neighborhoods including the Xinfadi market. If you go to a place near the Xinfadi market, you will get a text message instructing you to undergo a nucleic acid test, and you and your entire family would need to self-quarantine for 14 days.

The authorities have already conducted nucleic acid tests on about 2.3 million residents, and are using big data and other high-end technology to impose lockdown measures with precision down to the minutest details－from streets and lanes to buildings－which have enabled them to save the wider neighborhood and population from being unnecessarily locked down.

Since March this year, in many places people entering a building or residential community has had to produce green health codes on their smartphones, so as to prove they had not left the city or visited any affected cluster during the past 14 days. From an individual, liberal perspective, this may be a kind of infringement on an individual’s privacy and personal data, but during the health emergency, it seems acceptable for most people, not least because it is for public good.

Based on their experience during the fight against the outbreak in the preceding months, residents have accepted the new norms to protect themselves and their families. People know that if they fall ill, they would burden the healthcare system as well as risk their families’ health. In this regard, governments in East Asian countries have an inherent advantage over their counterparts in the West, where individual liberty enjoys high priority.

On June 19, Beijing released the genome sequencing of the virus strain detected at the Xinfadi market. Traces of the virus were found on the chopping boards used for cutting imported salmon and, although later the possibility of salmon infection was ruled out, sales of imported salmon have nose-dived.

Which raises the question: Can fish or livestock carry the virus?

In terms of speed and tenacity, Beijing’s actions have been immediate and robust. Yet while governments devise and implement prevention and control measures, people’s attitude and behavior play a key role in improving the overall solution.

Countries such as Singapore, the Republic of Korea and New Zealand, too, have witnessed re-emergence of outbreaks. And they too have re-imposed stringent measures to contain the virus.

Compared with most countries, the United States has been quickest to lift restrictions and resume economic activities, even though much of the country is still battling the first wave of infections. For example, on May 5, Ron DeSantis, governor of the US state of Florida, whose population is comparable to Beijing’s, announced the resumption of economic activities in a “safe, smart and step-by-step” manner despite the daily infection rate being around 680. Which makes it clear the US prioritizes opening of the economy over containing the pandemic, though it has recorded more than 2.24 million confirmed cases and over 119,00 deaths, both highest in the world and both increasing rapidly.

Reopening businesses and schools does not mean the end of the pandemic. The duality between individual freedom and the cause of greater good, and between people’s lives and the health of the economy are challenges that governments and societies can navigate only by taking informed and wise decisions. Once the virus is contained, history will judge based on objective analyses which countries’ policies were most effective from an overall societal point of view.

Ang Eng Guan is managing director of Taylor & Francis Group in China, and Asit K. Biswas is a distinguished visiting professor at the University of Glasgow, United Kingdom.