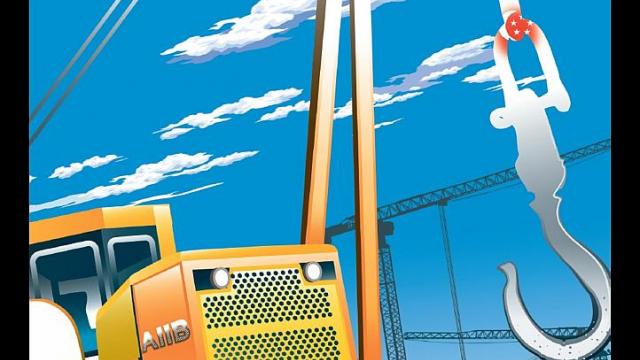 WITH more than 50 countries signing up for founding membership to the China-led Asian Infrastructure Investment Bank (AIIB), a new world economic order may well be in the making—one that showcases Asia’s fast-growing role, and China’s bid to increase its heft in the international monetary system.

Singapore too may be able to play a key role.

Joining AIIB, which is envisioned as a multilateral lender that could finance billions of dollars worth of infrastructure investment across Asia—is a natural step towards positioning Singapore as a project finance hub for Asean, says Mr Tham Sai Choy, managing partner of KPMG in Singapore and chairman of KPMG’s Asia-Pacific region.

Singapore is already a successful global financial centre with many international banks operating here, and infrastructure financing is a natural extension, he said. Singapore can share best practices in implementing infrastructure projects. “The country can differentiate itself by ‘softer’ contributions. For example, it can share its know-how in enhancing institutional capacity, manpower training, and in establishing more efficient structures and processes,” Mr Tham says.

MAKING THE CASE FOR AIIB

SINGAPORE aside, the case for the AIIB looks strong.

For one thing, it fills a clear gap in infrastructure financing.

Years of under-investment in infrastructure in the region has resulted in a deficit estimated at US$600 billion (S$797 billion) per year, KPMG’s Mr Tham notes.

With a seed capital of US$100 billion, the AIIB can help ensure that needed infrastructure is built, he says. That can help close income disparities within and between countries in the region.

According to the Asian Development Bank (ADB), an estimated US$8 trillion over the period from 2010-2020, or US$750 billion per year, is required to fund Asia’s infrastructure requirements. The ADB lends only about 1.5 per cent of this amount.

Although the ADB and World Bank are already actively involved in regional development financing, the existing arrangements, are not up to the scale of the challenge, says HSBC economist Joseph Incalcaterra.

“For example, in the Philippines, India and Indonesia, populations continue to expand at a rapid pace, putting pressure on everything from education to healthcare to environmental protection. That leaves few funds left to build the nuts and bolts of a growing economy: transportation and water management are only two of the main challenges facing officials in emerging Asia,” he says.

Some experts also say the AIIB can improve on the weaknesses of the existing World Bank and ADB.

“Properly structured, it could learn from and avoid the mistakes of the World Bank and ADB. It could reflect broader and more appropriate mandates, and adopt better governance practices. It would not be bound by tradition or historical precedents and may even develop new and more effective financing mechanisms,” they said in a recent report.

They see the AIIB potentially forcing the World Bank and ADB to “rethink some of their unnecessary lending restrictions and streamline their project approval, preparation and implementation processes”.

Reflecting China’s new-found global clout, Britain and Group of Seven allies such as France and Germany, along with Australia and South Korea signed up to the AIIB – despite the United States’ objections.

So far, the US and Japan have opted not to join, warning that the AIIB has yet to embrace global standards on governance, debt sustainability and environmental considerations established by the Bretton Woods institution, the World Bank. The US continues to back the ADB, a Japan-dominated regional lender.

But some experts say these arguments are red herrings used to preserve the status quo, and the new competition could well force the ADB and World Bank to undertake reforms that have been long overdue.

WHY CHINA WANTS THE AIIB

CHINA is pushing the AIIB for its own reasons too.

Despite its rising economic clout, it has a relatively meagre share of voting power at the World Bank and the ADB.

China also stands to benefit from having more options to invest its reserves. Through the AIIB, China can invest part of its foreign reserves of US$3.9 trillion on commercial terms, rather than putting them in US Treasuries where their real value is shrinking, industry observers say.

Think of the AIIB financing roads, rail and port projects in the new Silk Road.

The AIIB can also play a significant role in helping China internationalise the yuan, while boosting flagging growth at home. China has not officially announced which currency the AIIB will use to extend its loans, but observers say it is pushing for the yuan to be included in a basket of currencies to be used to denominate and settle loans from the AIIB.

SINGAPORE’S ROLE IN THE AIIB

Singapore can develop infrastructure projects, or team up with others as technology partners. It has strength in water and waste treatment, transport, power generation and transmission, social housing, and telecoms or broadband services, says KPMG’s Mr Tham. The vibrant financial sector and capital markets in Singapore also support AIIB’s future co-funding needs.

Mr Tan Soon Kim, assistant CEO at International Enterprise (IE) Singapore, adds that Singapore has a strong cluster of companies with expertise in masterplanning, engineering, procurement and construction, as well as operating complex infrastructure efficiently. These can help meet infrastructure needs in Asia.

If AIIB takes off, China might also be willing to open up more of its domestic market for Asian companies to participate in, says Mr Pang Yee Ean, CEO of Surbana International Consultants.

“Singapore companies in urbanisation, real estate investment and construction can expect more business opportunities in the region in the next 10-15 years as a result of this new fund. Urban and infrastructure services solutions companies like Surbana and Jurong International are gearing up to ride on the growing opportunities in this sector,” he adds.

Like in the World Bank and ADB, Singapore, as a founding member, will have to contribute to the capital of AIIB, says Prof Biswas. “The Republic’s contribution is likely to be commensurate with its economic strength and will determine its voting power.”

The World Bank is like a cooperative in which 188 member countries, including Singapore, are shareholders. But he does not expect significant benefits for Singapore from joining the AIIB: “The city-state’s expertise is for a unique set of conditions that do not exist in other Asian countries. Its cost structure is very high and it will find it difficult to compete with other countries.”

He says the debate should not be about what Singapore’s membership benefits will be, but rather what would have been the costs of not joining. He thinks that would have “antagonised China” and risked putting Singapore workers and companies at the back of the queue for AIIB-financed projects in future.

Even as countries in the region gear up for the AIIB, challenges remain. The new institution needs to show that it can put in place a robust independent board, have a transparent policy framework and strong professional management.

The institution also has to decide how lending decisions are made. Assistant Professor Kaewkamol Pitakdumrongkit of the Centre for Multilateralism Studies at the S. Rajaratnam School of International Studies, asks: “If lending decisions are governed by voting, how are the votes allocated among the member parties? How many votes are needed to approve lending? Who, if anyone, has veto power? These are some issues that they need to work out, which could delay an agreement.”

No one can foretell how successful the AIIB will be.

But it is undisputed that infrastructure needs are rising in Asia.

And that an alternative model—a “Beijing Woods” institution focused on Asia – that can spur regional economic development by plugging Asia’s infrastructure financing gap, is a welcome development.